Listening to KSEA, what does orange, green, or blue line mean?

I'm listening to an LiveATC stream for the Seattle Tacoma airport.

I keep hearing things like "push approved on the blue line".

If Seattle works anything like a number of major German airports, these instructions refer to literal coloured lines on the ground.

Taxiway markings are usually yellow, but some large airports have started to use different colours for marking taxilanes on the apron ("ramp"). This is a way of maximizing use of available space in areas used by many differently sized aircraft.

One example is Munich, Germany (EDDM) where yellow, orange and blue taxi lines are used. 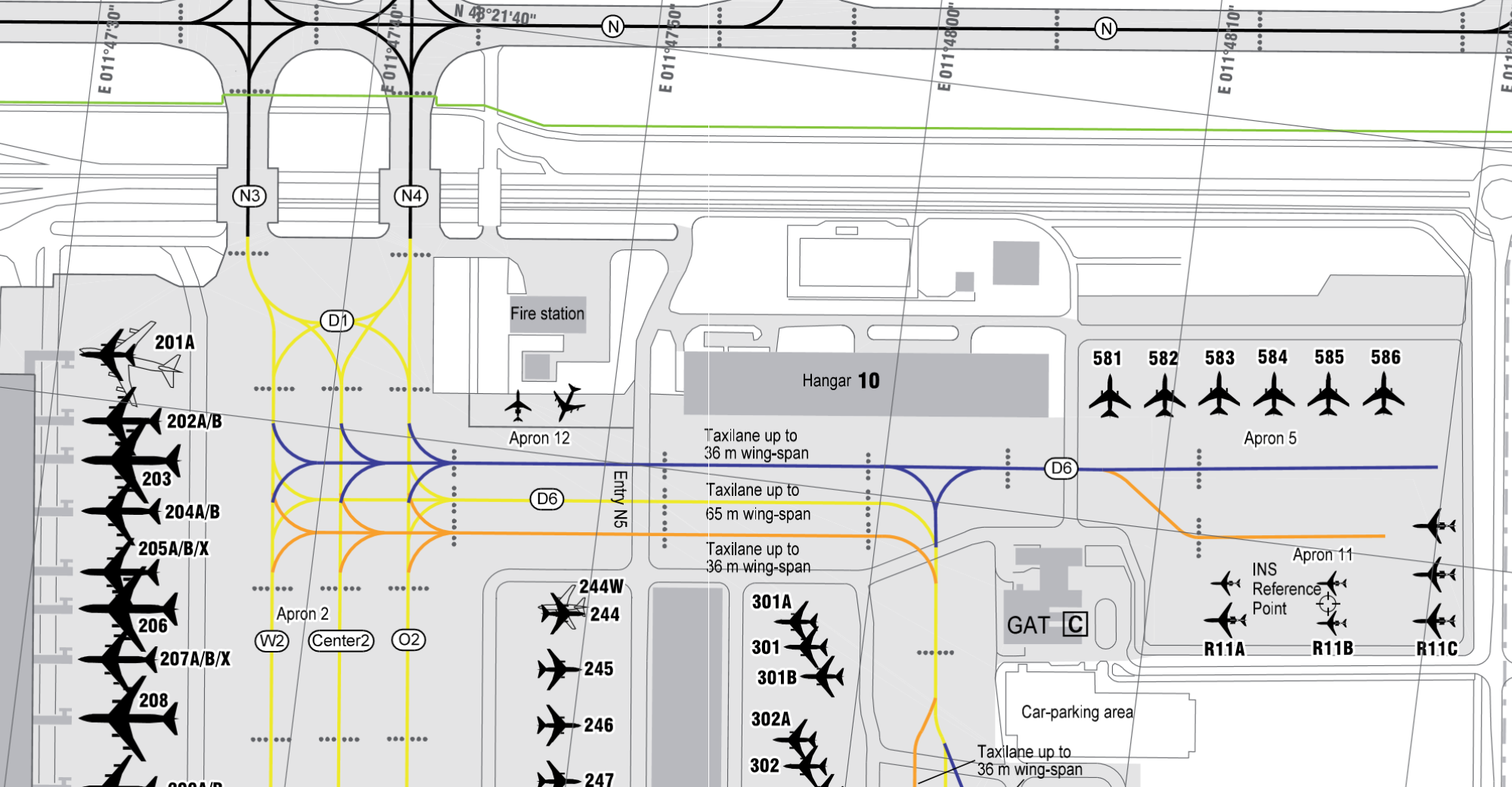 (snippet from APDC EDDM, from DFS)

Two medium sized aircraft can pass eachother when following the blue and orange lines, whereas a larger aircraft will have to follow the central yellow line, thus taking up the entire width of the taxiway.

As @ymb1 pointed out in a comment, the system in KSEA appears to be similar. The colour of the taxilines are varied, and signs (or markings on the ground) describe the colour code for certain taxi lines:

13
What is the correct traffic pattern at a towered airport?
17
What does 'intercept final' exactly mean?
11
Why does a pilot want to hold a Squawk Code when leaving Class B airspace?
12
What is the meaning of "altimeter three-zero-one-one"?
5
What does 'given rate' mean?
2
What does it mean when a track "straddles north"?
8
Reasons for significantly lower than normal approach
14
What does the flashing green-light signal (return for landing) actually mean to NORDO aircraft?
14
What does "closed traffic" mean?