The reason for a difference in ranges is historical. The figures from Wikipedia are the recommended ones (by ITU, the reference in radio spectrum matters), however the abbreviations VHF/UHF are also used in related contexts, often in an attempt to discriminate similar uses when being short of other means. In the current case, FAA likely wanted to give different names to different ranges:

This kind of approximation has actually no practical consequences, except adding confusion to a so much misunderstood field.

Classification of waves according to their frequency is just to determine ranges where waves behave similarly, e.g HF are known to be well reflected by ionosphere, while VHF are less sensitive to such reflection and propagate more along direct light of sight. However this is a progressive and slow change, crossing the border between HF and VHF is like crossing the equator: It has no particular effect (though for the latter, there are lots of good 'proofs' I'm wrong)

There are many examples of radio concepts used approximately, e.g. when we're talking about the 'FM band' to refer to the frequency range used to broadcast using 'wideband FM' (WBFM) modulation required to transmit the large bandwidth of a high quality stereo signal; this range has no particular properties and is not a 'band' and is indeed not technically more appropriate for using WBFM, except regulation forbid other uses.

The only exceptions are not relevant to aviation. Sudden changes in behavior of waves with close frequencies are possible due to absorption of narrow isolated ranges by atmospheric components, e.g. water molecules are small antennas absorbing signals at their resonance frequencies, but resonance occurs at 22 GHz.

Significant differences in radio waves relate to frequencies which are remote

The most significant change in propagation is how much waves can be reflected by the atmosphere and the ground. When such reflections are possible, the communication range is spectacularly increased, as waves can be guided like in an optical fiber towards the receiver area. But again there is no big difference between frequencies belonging to adjacent classes, but near their common border. Broad modes of propagation:

These three first classes are perhaps the most fundamental, then additional divisions have been created above 100MHz (which at the time was already in the "very" high frequency class), because materials can behave significantly differently, e.g. at 150MHz, the only acceptable type of transmission line is coaxial, non-coaxial lines have too much losses, at 15GHz metallic lines are not usable anymore, due to skin effect, dielectric behavior, thermal noise, to name only the first reasons, hollow waveguides are used.

Why are there different classifications for radio waves?

Different segmentations of the whole electromagnetic spectrum have been proposed by different organizations, to focus on the differences that are important for them. These classifications have not to be particularly strict for the reasons explained above, and the limits in publications have varied.

These limits are the ones recommended by the ITU in ITU-R V.431, and they are the most commonly used. Not that there are bands without names (but all bands have a specific number).

Sometimes it is useful, or necessary to subdivide the spectrum into smaller chunks. For example TV broadcasting has operated different ranges of frequency spanning HF/VHF/UHF, transmitting at high power. However in the beginning it was not possible to build reliable powerful amplifiers at economical price, except at lower frequencies, so TV started in HF/VHF. As technology improved and higher frequency ranges became workable for amplifiers, new names were used to refer to frequency and associated electronics, exactly like cellular infrastructures and phones are known as 3G, 4G, 5G. We have all seen those names, when tuning the channels: Band I (broadly the "FM broadcast" band), II, III (174-230MHz), IV, V (582-960MHz).

Space communication engineers have their own classification of the SHF and upper bands as letters (L, S, C, Ku, Ka...). This split is well suited to describe the communication capabilities.

Radar people have also invented their own bands, for their specific use of the radio spectrum:

And for many persons, waves are also known as short waves and long waves, categories which have been seen during years on radio receivers:

Likewise many engineers also use the term 'decametric' ('deca') to refer to MF/HF, or 'centimetric' and 'millimetric' for waves in the hyperfrequency domain. Those names have also been recognized by the ITU, though the mapping is somehow approximate.

Indeed aviation has had a need to create frequency segments.

FAA has chosen to see the 225.0 - 328.6 MHz segment as being UHF, even if it starts before 300 MHz. This has no technical impact or implication, wave at 225MHz behave like these at 300, the actual difference from a technology standpoint is more between 150 and 350MHz. 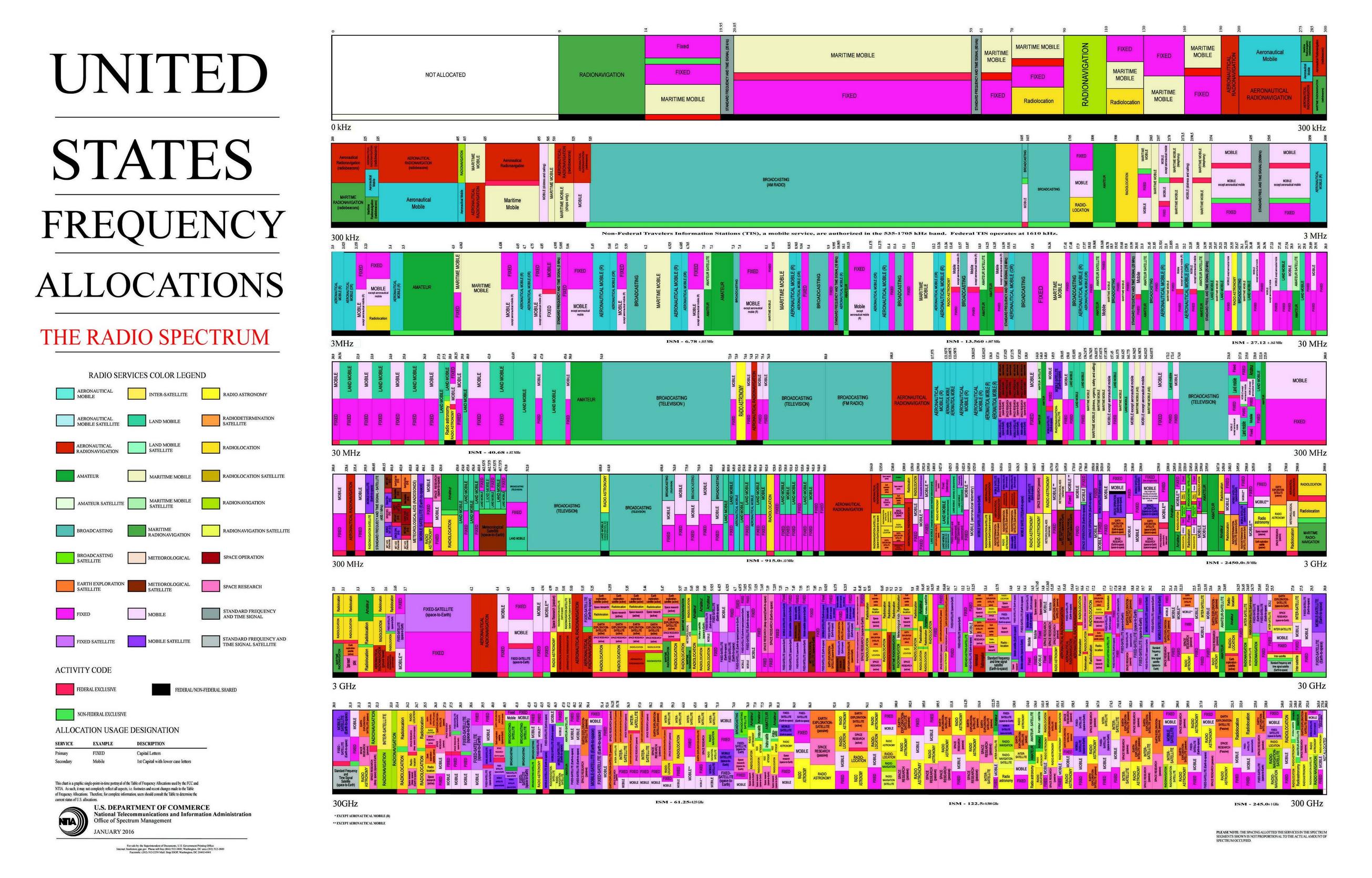 In Europe, spectrum allocation is under ECC responsibility. Current status can be found in "ERC Report 25", aka the European Common Allocation (ECA) Table.

16
What is the night effect?
2
What radio equipment do pilots use to communicate with ATC?

11
What radio frequencies are used for intercom in formation flying?
4
What is the difference between COM and Auxilary COM signals?
9
How can I find the location and coverage of aviation VHF transmitters?
18
What are the differences between ACARS and CPDLC?
3
How do you calculate the range of a VHF transmitter that is on-board an aircraft?
6
How do aircraft making HF transmissions avoid stepping on other HF users?
2
Why are the VHF and UHF airbands directly adjacent to frequency bands used by vital radionavigation aids?
1
What exactly are these frequency uses mentioned in the FAA's advisory circular on VHF use?
8
Why are lower VHF frequencies used for towers?