Can a transonic airfoil have two shock waves?

I am currently running CFD cases on a transonic airfoil at Mach 0.75 and performing an angle-of-attack sweep to evaluate its performance. When I reached the angle of attack of 4.5 degrees (which I appreciate is very high for transonic flight, but tested nonetheless), a dual shock was formed on the suction side. Is this physically possible?

I understand how the suction-side flow may reaccelerate after a shock with favourable pressure gradient and possibly exceed sonic again, leading to a second shock, but wouldn't it just produce a single, stronger shock downstream?

I attached the two flowfields, colored by Mach number, with the first image representing the angle of attack of 4.5 and the second at 3.5 degrees. 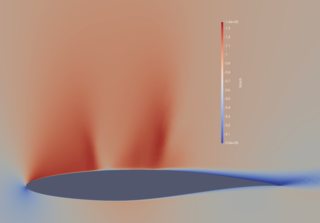 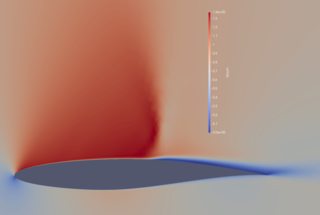 Following jayS answer, I plotted the Cp for the two airfoils seen above, for comparison to the chart found. 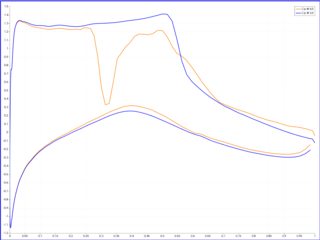 Very Interesting results. I must say I have never before seen such a peculiar case. Yes, theoretically it seems possible to have this situation, but it's difficult to say if this is possible in reality or not. I found another similar behavior mentioned here: 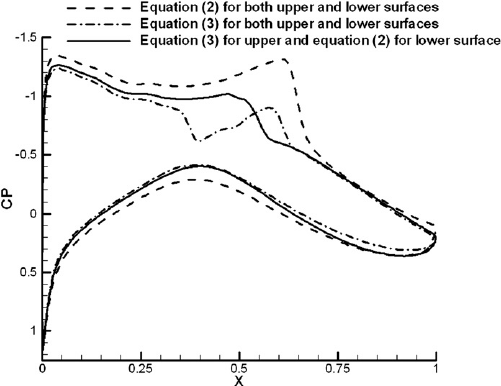 One of the three aerofoils has dual shock.

It's difficult to say whether it's a physically correct situation or a mere artifact of CFD, especially without data on type of solver, type of simulation, numerical methods employed, mesh details etc. It would be advisable to simulate the same case in another code and see what results are seen.

2
How does airfoil thickness affect the Mach number at which it experiences transonic flow?
0
What happens to the pressure and density of air passing through shock waves?
3
How does the V22 Osprey manage such high rotor speeds without shock waves?
4
How do a narrow airframe and canards keep supersonic shock waves from coalescing?
2
Shock wave on airfoil
8
Since shock waves have non-negligible viscosity, why do the normal shock relations ignore friction/viscosity?
4
Transonic Airfoil with high critical mach number
0
How to identify shock waves and expansion waves on a representation of the mach number?
0
How does forward sweep of a wing affect the formation of shock waves?