Were there ever instrument approach procedures utilizing only Four Course Range Navigation?

Looking for information on 4 Course Range instrument approach procedures. I am aware of their navigational use as we developed the airway system, but were they ever used for final approach segment navigation? Does anybody have access to such an approach plate?

Yes such approaches have existed.

As early as 1944 the North America Low Frequency Radio Range (aka Four-Course Range and Adcock Range) network was quite developed. There are several approach plates using this type of radio aid, e.g. this one from May 1944 for Meridian: 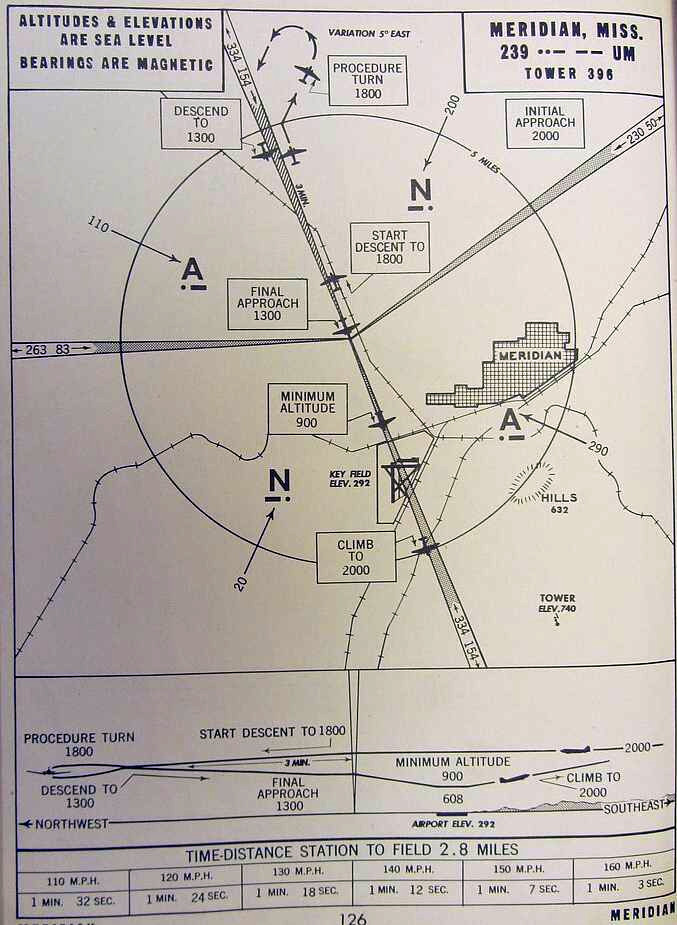 The station is used for IAF and FAF. The approach is done using 334°/154° headings. None of them, nor the station are aligned with a runway, this looks like a circling maneuver.

Some editions of the AAF Radio Facility Charts can be bought online, but the edition of June 1944 has been scanned by North Texas University:

This is the page for Mississipi with Meridian, the airfield we discussed above, at the center: 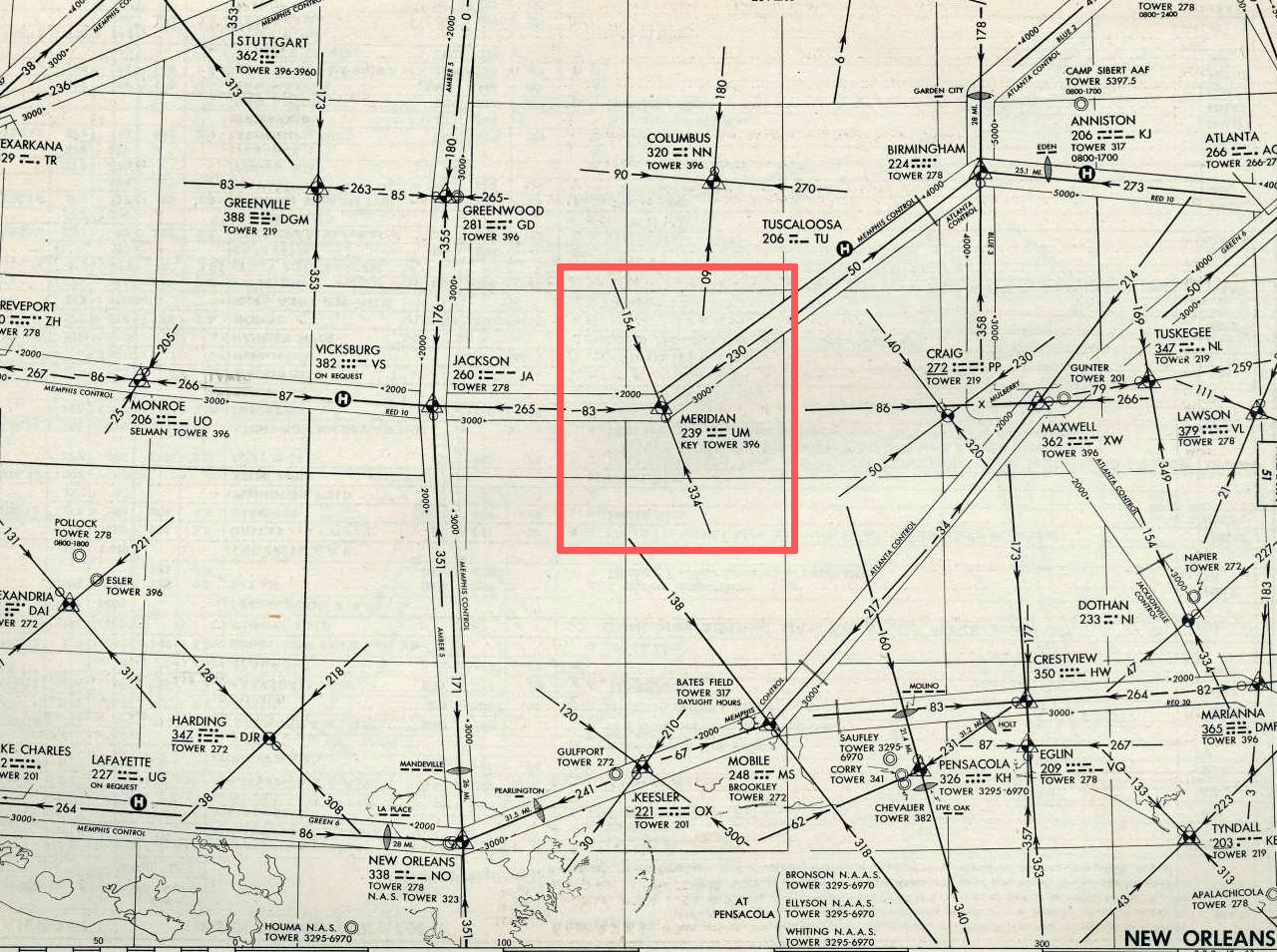 We see that two of the four identified directions are not connecting airway segments. This is the ones used to approach the airfield where the station is located. They cannot be aligned with the runway because they play their role in the four-course range: There are four beams radiating over about 90° in azimuth, with small areas overlapping (about 4°). The middle axis of such areas is the actual path: 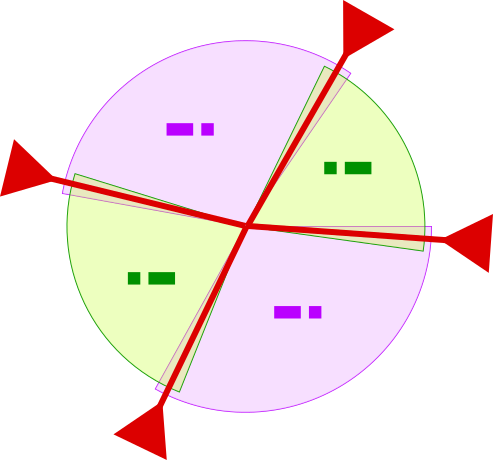 While the station location can be selected, and there is a certain possibility to have unequal quadrants, the adjustment is still limited. One or two directions are used for the airway(s), they determine the overall orientation of the other antenna system (angle bisector), and it's anyway difficult to create a small aperture (i.e. a very directional beam) at this frequency. This explain why the approach is a circling one.

At some point modern standardized plates were issued:

The image below can be found on this site dedicated to simulation, which lists about 400 approaches in the US and Alaska.

Not the answer you're looking for? Browse other questions tagged navigation approach non-precision-approach or ask your own question.

27
If there is a misprint on an instrument plate, is a pilot required to comply with it?
14
Do instrument approach procedures sometimes have a minimum temperature?
12
OBI, RMI, HSI… What combination do GA aircraft w/o glass typically have?
3
What is the primary means of IFR navigation for private pilots?
9
Why would a pilot on final to a towered airport not speak up when ATC clears another aircraft to land on the same runway, without mentioning them?
1
How to accurately determine Navigation Accuracy from FAA's PBN Criteria (Order 8260.58A)?
9
What prevents the use of a multi-segment ILS for non-straight approaches?
7
Why can a localiser be used without a glideslope, but not vice versa?
4
Why does GBAS broadcast Final Approach Segment data when SBAS does not?