Why did the DC-3 have wing sweep?

When looking at the silhouette of a DC-3, one can clearly see that the wings are swept. This design is from 1935, before the high-speed research work on wing sweep was ever implemented, and the DC-3 was not very fast anyhow.

Leading edge sweep was 14 deg and trailing edge 0 deg, so the quarter chord wing sweep was 10.5 deg, not inconsiderable, and causing some of the ugly stall behaviour associated with wing sweep. A 1938 NACA video of a DC-3 stalling here, a bit lengthy but it illustrates the tip stalling first, then the aileron.

None of the benefits and some of the drawbacks - why did the DC-3 have wing sweep? 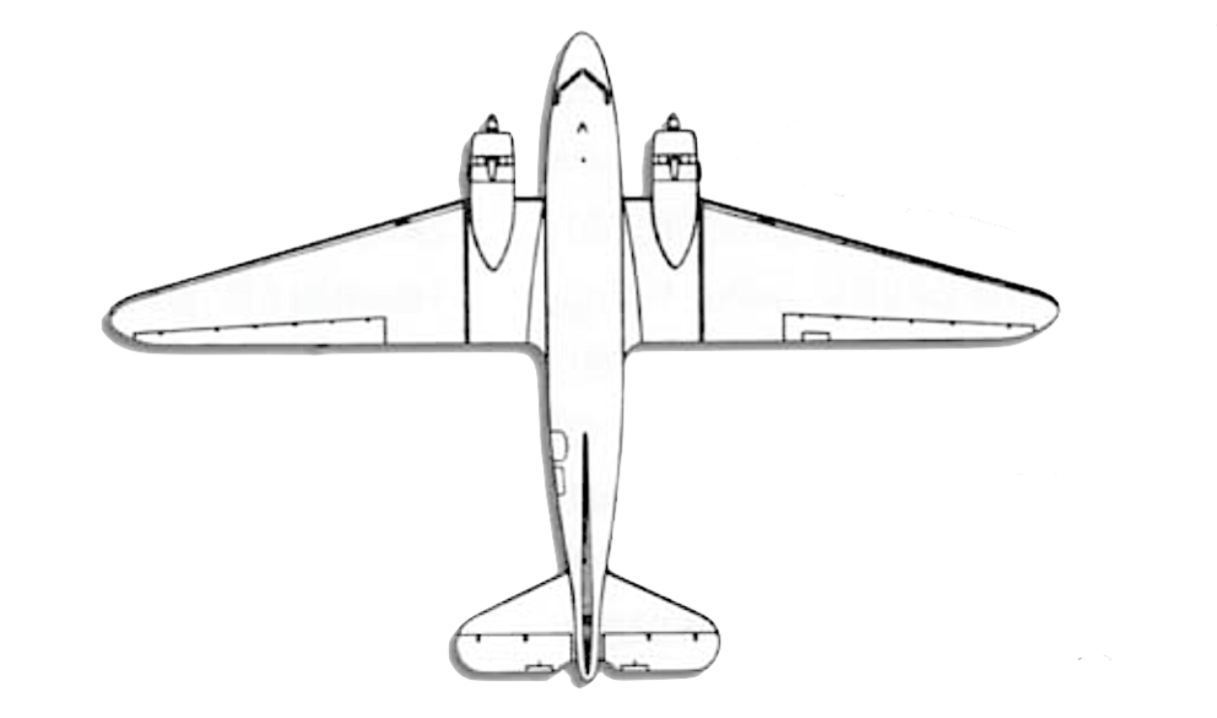 the unique and characteristic swept wing of the DC-3 was an attempt to keep the wing in its original location as the center of gravity moved toward the rear.

When Douglas produced new variants (DC-2 and DC-2 sleeper, a.k.a. DC-3), they kept the proven layout.

Not the answer you're looking for? Browse other questions tagged aircraft-design aerodynamics aviation-history wing-sweep dc-3 or ask your own question.

4
How is a variable sweep wing constructed?
3
Is wing sweep needed on supersonic aircraft?
1
Where is the wing sweep angle measured from?
2
Why did the DC-3 have a much higher cruise speed than the HP.42, despite their similar weight and power?
5
Is airflow deflected inwards or outwards by wing sweep?
0
Can wing sweep decrease total drag force at low-subsonic speeds?
2
How does a variable-sweep-wing aircraft keep wing-mounted payloads straight?
3
Why is sweep angle measured at the 25% chord?