What would the pros and cons be of this 'zig-zagged' high-sweep wing planform?

What would be the advantages / disadvantages of the following wing planform for supersonic aircraft? 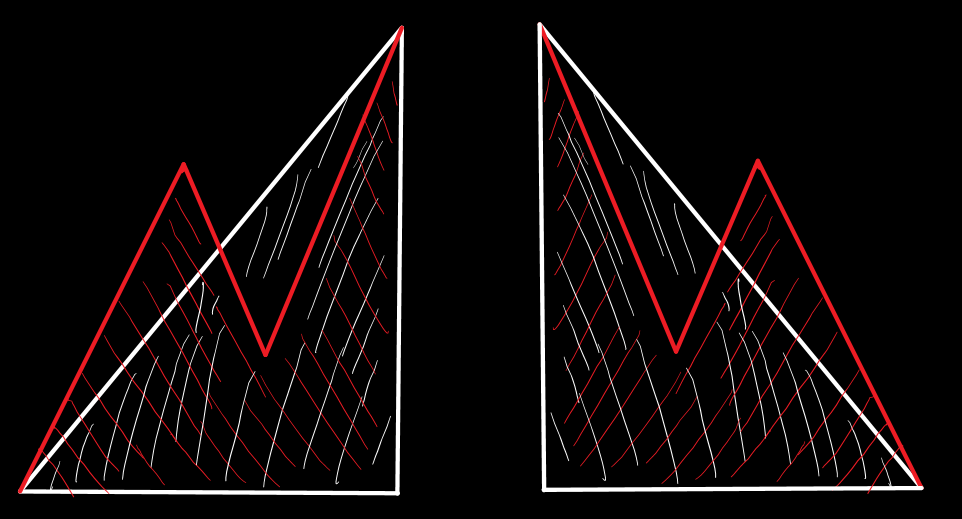 The suggested planform is in red; a more conventional, delta planform is illustrated for comparison in white. I was wondering if a zig-zagging leading edge would increase efficiency at high speed due to the increased leading edge sweep without a decreased aspect ratio. I was also wondering if improved control at high angles of attack would be an added bonus, like the "dogtooth" on the F-4 Phantom. I suspect that reduced structural strength could be a disadvantage.

That's called sweep variation along span. What you've done is combine an inner W wing with an outer M wing.

Both of which were never used. 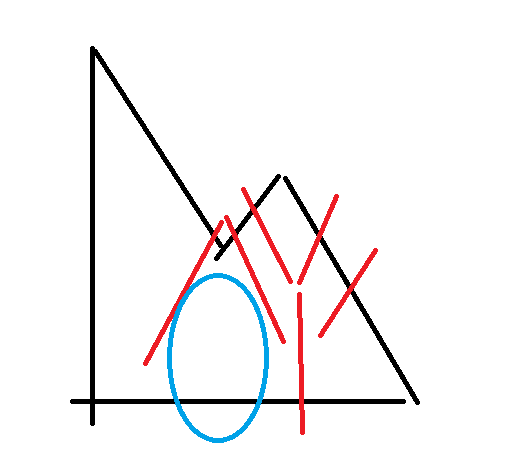 The blue area marks an area of very low-pressure and flow detachment. The outboard wing will experience high pressure due to converging flows1. The wing will want to bend up from the middle, and bend down from the tips, structurally that's a nightmare.

The M wing on the right does resemble birds, but birds had to retain their 'arm' joints from their ancestors, and they don't fly at Mach 0.8 speeds.

1 Answer is a wiki for a reason, this is a guess.