Why is radio communication still used?

Why is radio still the method of communication from the ground to air? If i'm not mistaken, cellular services should be much better in quality and reliability

A cellular network covering any land is not realistic, not mentioning water areas. Given the size of a cell, at most 20 km for GSM (1G/2G), and much less for UMTS/LTE (3G), this would lead to prohibitive costs:

If we used the existing cellular network, the current cell size would be impractical for fast mobiles. 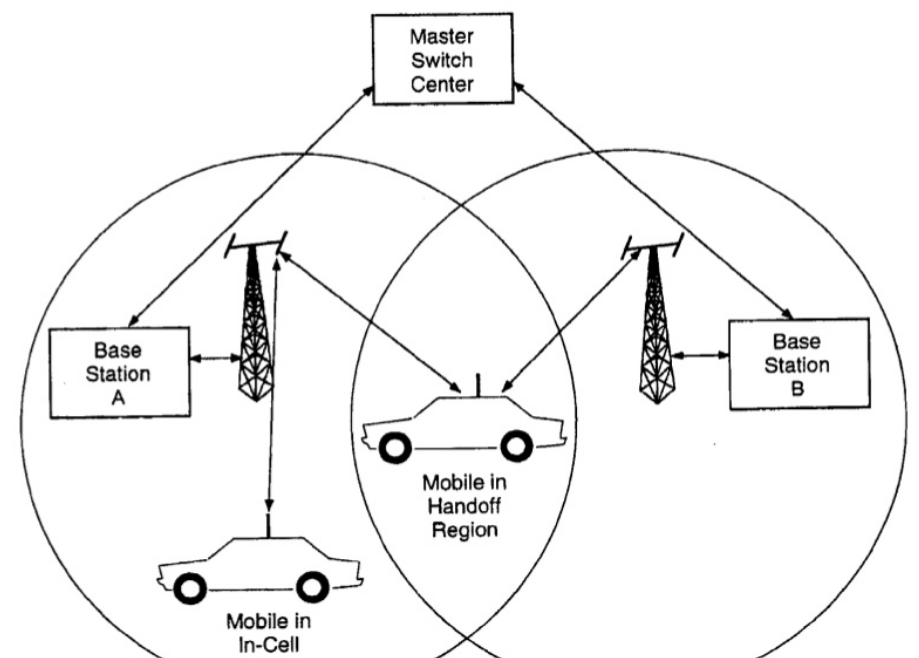 With small cells, fast users would constantly hop (handoff) from a cell to another. The network would be overloaded and the efficiency of the mobile node would also decrease a lot as cell transfer has some overhead, including frame replication by all cells in sight. Actually an assumption for the design of a phone cellular network is infrequent handoffs during a communication.

A more suited size would be about 100+ km, which is impossible in urban areas due to cells overlapping to try cover shadowed areas.

If the cell size is increased, there are more users in the same cell. The combination more users + more power would need important changes in the cellular network technology to prevent interferences.

Current antennas are oriented towards ground for efficiency and noise reduction. In practical a base station is barely reachable by an aircraft flying at 10 km altitude.

We would need a 180° beam versus the current 10° beam. As the cell is now a cube instead of a disc, power must be increased to reach the top corners, which can be done at the price of increasing cell overlap at ground level and higher cross-cell interference.

There is a master thesis on this exact topic:

From the section Conclusions and Outlook:

[...] Some aircraft specific constraints, such as Doppler shift, propagation delay, handover and interference have been identified and analyzed. Doppler shift occurs in terrestrial networks on a much smaller scale, since mobile stations on the ground move at much lower speeds. However, WCDMA receivers are equipped with powerful frequency acquisition circuits, capable of counteracting this effect. We have also shown that propagation delay has no significant effect on the power control mechanism. Finally, we have seen how UMTS networks can perform handover procedures between remote parts of the network.

[...] we have focused much of our study on analyzing the possibility of using UMTS terrestrial frequencies for an aircraft component. It can be observed from the simulation results shown in chapter(6), that an aircraft component transmitting at these frequencies would degrade the performance of the existing network to an intolerable extent due to interference.

[...] In order for the aircraft to degrade the performance of the terrestrial network only to a tolerable extent, it would need to transmit at extremely low power. The airspace cells would then have to be so small that the system would be impractical.

Using the phone cell network is impractical, and has few advantages over other solutions. If a radio network had to be build for aviation, it would be a satellite one to cover oceans. It would be cheaper (relative) than building an equivalent on the ground.

Could such satellite network be built in spite of its cost? Well, it is already under construction!

The need for constant radio exchanges between aircraft and ground has increased a lot since 15 years: 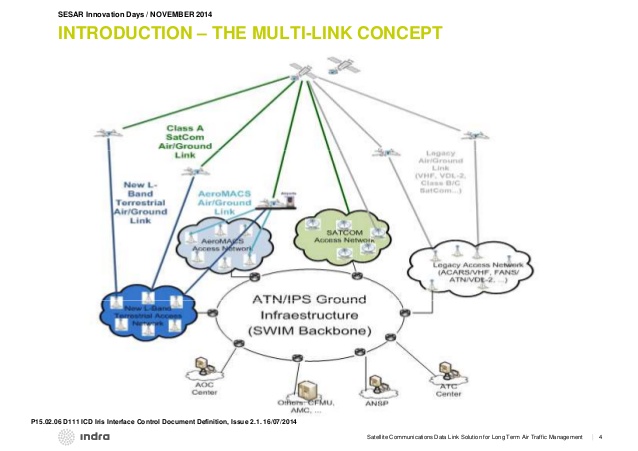 In this numeric world, ATC voice communication is just another data flow, very small compared to ACARS, Wi-Fi and cell phone. There will be little difficulty to reuse data channels for voice transfer, just like IP phones have replaced traditional fixed phones in countries with a broadband Internet backbone.

Not the answer you're looking for? Browse other questions tagged air-traffic-control radio-communications radio or ask your own question.

2
Why is VHF still used?
29
Why is the quality of radio communication bad?
7
Is there a solution to radio interference?