Why does the US Marines continue to fly the AH-1 Cobra, retired by the US Army in the late 90s?

My father flew Bell AH-1 Cobra for the United States Army in the late 1970s and a young man in my daughter's USN winging class (July 2017) was being assigned to Camp Pendleton to fly Cobra's for the United States Marines. From talking to my father and reviewing the Cobra wiki page, it appears that the Army retired the Cobra in the early 1990s. However, it seems the Marines have continued to fly the Cobra, though AFAICT, they seem to have moved to the twin Super Cobra: 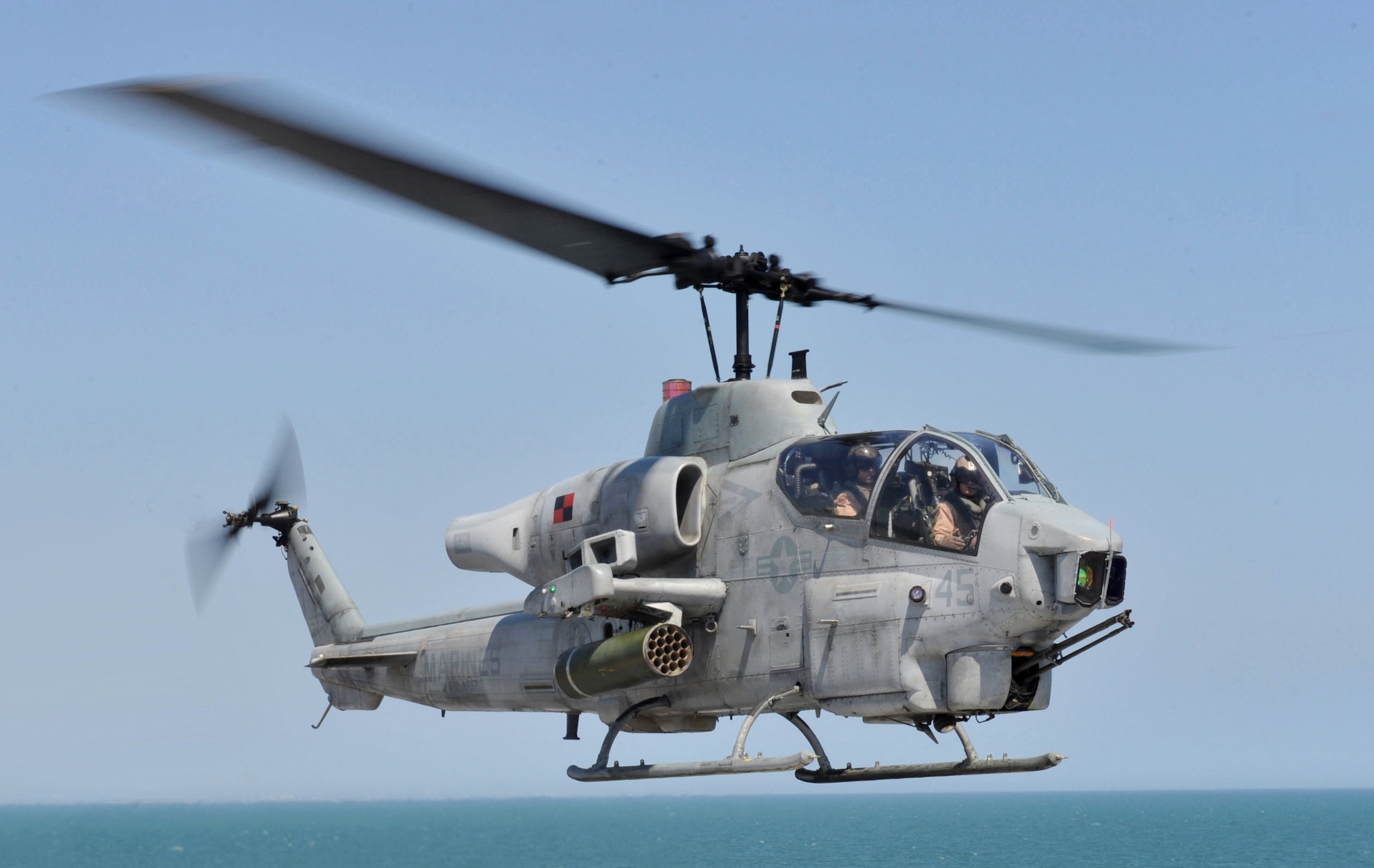 I am aware that other attack helicopters followed the Cobra and that the Army adopted the AH-64 in the mid 1980s.

What's not clear is why the Army retired the Cobra but the Marines continued to fly it. Or, perhaps another way to ask this question would be, why does the USMC favor the Cobra over the newer AH-64?

The current incarnation of the Huey cobra for the Marine Corps, which is called the AH-1Z Viper, sometimes referred to as the King Cobra continues to be the backbone of the Marines attack helicopter force for several reasons.

Like all Huey cobra models, the AH-1Z and the USMC current utility helicopter, the UH-1Y Venom, make use of a common power plant, transmission and rotor set, tailboom and avionics architecture, saving quite a bit on spare parts. The USMC quotes an 86% commonality between the UH-1Y and AH-1Z airframes. And, as both the UH-1Y and the AH-1Z constitute a single acquisitions program, it saves a lot of time and costs trying to begin another weapons procurement program for the Corps. This is also the reason the Huey Cobra even came into existence in the first place.

As helicopters have hit the upper limit in terms of performance, the procurement of a brand new airframe over an existing design doesn't offer many advantages and costs considerably more. Simply upgrade the engines, add in a modular avionics bay with modern infrastructure facilitating upgrades to modern mission systems and modern weapons, and modern defensive countermeasures systems, and you have help that's as good or better than any existing attack platform out there.

The AH-1Z is comparable to the AH-64 Apache weapons system but remains slightly faster, carries a greater payload and has a 33% greater range than the Apache, all preferred attributes for shipboard operations.

The Marine Corps could not use the same variant of Apache that the US Army uses, it would have to be adapted into a marine version and the numbers would simply not be there to make it an economical option. From the wiki:

In the early 1980s, the U.S. Marine Corps sought a new navalized helicopter, but it was denied funding to buy the AH-64 Apache by Congress in 1981...

..Developing a marine version of the Apache would have been expensive and it was likely that the Marine Corps would be its only customer.2 They instead signed a contract for upgrading AH-1Ws into AH-1Zs

But that is not to say that the latest versions of Cobra are outdated. The AH-1 started out as an attack version of the Huey, but has been updated and re-engineered many times, utilising the experience gained to a maximum. The AH-1Z has a 4-blade bearingless main rotor, which gives even tighter airframe-rotor coupling and manoeuvrability than the offset-hinge rotor can provide the Apache with. The original twin blade teetering rotor design has a problem with mast bumping when zero or negative g is reached in a manoeuvre, the bearingless rotor is not bothered by that at all. 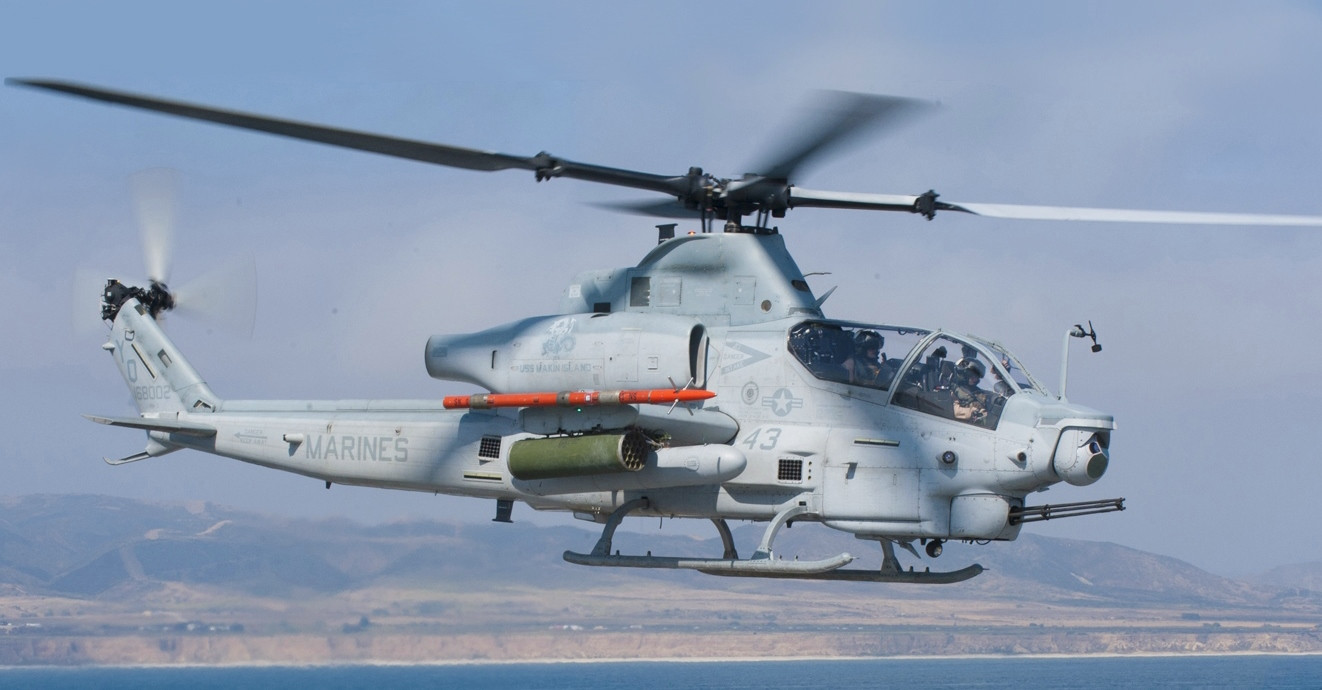 Updating a known airframe with new systems, engines, weapons systems etc. is not a method to be knocked. If the existing airframe can still support the updated weapons systems, there is no problem to solve. A new platform does not always make sense per se, as this 2010 article in The Economist mentions:

Mr Pugh also identified another intriguing trend: the race for bigger, better weapons is fiercest in peacetime but tends to fall once war actually breaks out. At that point, he argues, quantity takes precedence over quality.

The Marine Corps appears as the ultimate in efficiency, first to arrive, swiftest in action, get the job done with the least amount of fuss, and use the tools that are available which must be reliable above all else. That is awesome.

Not the answer you're looking for? Browse other questions tagged military helicopter usmc ah-1-cobra or ask your own question.

64
Why does the US President fly in an obsolete 747-200?
15
Why can't helicopters fly at high altitudes?
35
Why do police helicopters always fly in circles?
10
Why don't the US Navy Blue Angels fly Super Hornets?
2
Why does the Ka-50 (Hokum) have two main rotors, one on top of another?
8
Does the A-10 Thunderbolt fly without the GAU-8?
4
How does the Mil Mi-35M compare to the Boeing AH-64D Apache?
11
Why was the F-117 retired so quickly?
0
Does the HAL LCH have fly-by-wire?
2
Why does the US Marine Corps fly the Harrier, a VTOL or operationally STOVL aircraft?