Why does ATC ask a crew who has declared an emergency if their aircraft will be overweight when landing?

I have heard ATC ask an emergency aircraft if they will be overweight when landing.
Why do they ask? I am not asking about the consequences of an overweight landing or what procedures are required following one, but rather why ATC would ask for this in advance of the landing.

If an aircraft encounters a serious problem quite soon after departure that forces it to land immediately, the aircraft may be above its certified maximum landing weight. This is because there is still a lot of fuel in the tanks, which adds a lot of weight.

As @RonBeyer mentioned in a comment, landing overweight can have a number of serious consequences. When landing a heavy aircraft, stopping it on the runway already requires a lot of energy (or rather, a lot of energy needs to be converted into something else). If the aircraft is heavier than it is designed to be on landing, this may cause excessive stress on the brakes. In extreme cases, this can make the brakes catch fire. Now, open flames under an aircraft that is almost fully loaded with fuel is the recipe for disaster.

In some cases, even though the crew brakes hard on landing, the aircraft may be so heavy that stopping on the runway is impossible. A runway excursion will then follow (a situation where the aircraft leaves the runway onto the grass or similar). This is not neccesarily dangerous, but it certainly can be, depending on the surrounding terrain: 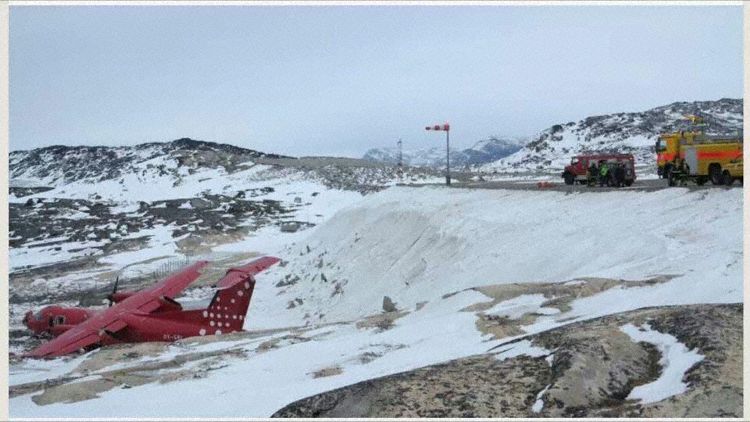 (image from http://avherald.com/h?article=46f3d531. This aircraft was not overweight, but I still think the situation shown in the picture is relevant to this question.)

Obviously, in an emergency ATC, and in turn the fire and rescue crew at the airport, need to be prepared for such events. If ATC expects an aircraft will be landing overweight, getting the crew to confirm this will allow ATC to inform the fire crew that they can expect brake fires or a potential runway excursion. It can also enable the rescue leader to position the fire vehicles at the best possible position, which would be further down the runway than normal, since the landing roll will be longer. So basically, it's a way to get information to the rescue crew so that they can prepare for what might be coming.

Depending on the type of emergency, ATC will also ask the crew about other details, in some cases also with the purpose of passing this information on to the rescue crew, since the rescue crew will normally not be in direct contact with the cockpit as long as the plane is in the air. See also this related question: Why does ATC ask emergency aircraft about fuel on board?

To add to the other answer, a great example of needing to burn off fuel before attempting an emergency landing was JetBlue 292. The nose gear would not retract after takeoff and, after flying by the tower to get a visual, they determined the nose gear was stuck in a twisted way. The flight had to circle for 2 hours to burn off fuel before landing, since it was obvious the landing gear would be damaged upon doing so. 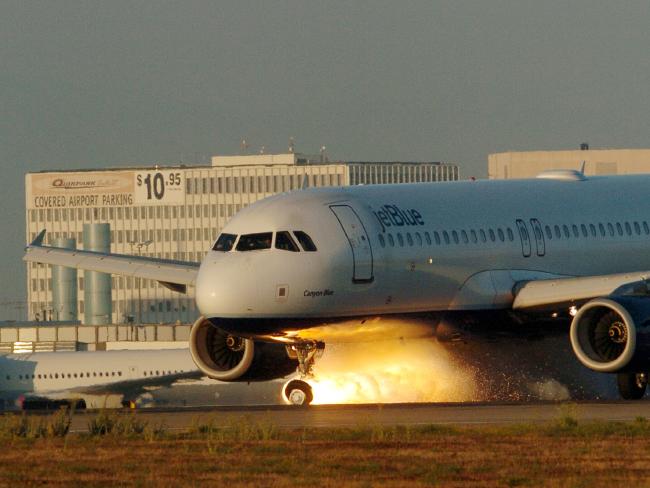 The pilots flew the aircraft, which can carry up to 46,860 pounds (21,255 kg) of aviation fuel, in a figure eight pattern between Bob Hope Airport in Burbank and LAX for more than two hours in order to burn fuel and lower the risk of fire upon landing. This also served to lighten the plane, reducing potential stress on the landing gear and dramatically lowering landing speed as well. The Airbus A320 does not have the mechanical facility to dump fuel, despite various news agencies reporting that the aircraft was doing so over the ocean.

Not the answer you're looking for? Browse other questions tagged air-traffic-control landing emergency or ask your own question.

20
Why does ATC ask emergency aircraft about fuel on board?
24
Why burn fuel at departure airport instead of flying to destination before emergency landing due to deflated tire?

9
How are "expect" altitudes on STARs used?
25
Do emergency services helicopters fly VFR when leaving base?
11
How much responsibility does ATC have to alert a flight about being in a dangerous situation?
28
F-111 emergency landing with no wheel; what is done to reduce risks when loosing a wheel?
7
What are the SOPs following an overweight landing?
20
Why does ATC ask emergency aircraft about fuel on board?
9
Why would a pilot on final to a towered airport not speak up when ATC clears another aircraft to land on the same runway, without mentioning them?
3
When an emergency happens, why do pilots need to stay on the current ATC frequency?
0
Who does ATC call when a plane disappears with no response?