Third Class medical license, what changed, if anything?

Supposedly, in 2016, Congress passed a new law making it easier to fly without the usual medical examination requirements. However, in looking at one of the rather obtuse "FAQs" on this new law, I don't really see what has changed. You still have to have had a medical exam, so new pilots apparently get no benefit whatsoever, they still have to be examined by a doctor. Not only that pilots still have to pass a medical exam at least every 4 years as far as I could tell. So, after years and years of lobbying for a medical-free third class, is the end result that now pilots only have to have an exam every 4 years instead of every 2? Here is an excerpt for the proposed law as I originally saw it: 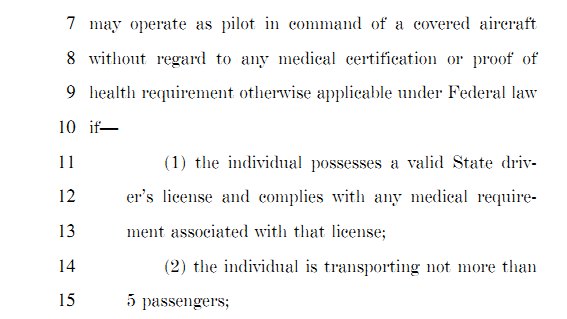 Fly with drivers license. Did this not happen?

Short answer: politics killed the "driver's license medical" idea for private pilots, but there are still reasons why BasicMed has significant advantages for some pilots.

The literal answer to your question is "nothing": the third-class medical hasn't changed at all. What you're referring to is an additional option called BasicMed, which you can hold instead of (for some operations) or even in addition to a third-class medical.

I won't get into the details of BasicMed itself (the regulations are in 14 CFR 68), but AOPA has a lot of great information about it. Instead, I'll focus on your "why is this any better than a third-class medical?" question, which seems to be quite a common one right now.

In summary, if you're under 40 and healthy then BasicMed may not seem very interesting. But if you're over 40 and especially if you currently have a Special Issuance then BasicMed could be a much easier and cheaper way to fly.

As you said, as a new pilot you still have to pass a third-class medical once so let's assume that you've done that successfully. It's certainly true that some people aren't happy with that requirement because they were hoping for a "driver's license medical" where a private pilot could fly without any medical certificate, as sport pilots can do. That idea didn't survive the political process, however. If you want to fly without any medical you still have gliders, ultralights or LSAs.

But when it comes time to renew, here are some reasons that you might consider BasicMed (most of this information comes from the AOPA FAQs):

There may be other reasons, but those are some common ones I've read about. If you're a member, the AOPA forums have a lot of discussions about individual experiences.

Not the answer you're looking for? Browse other questions tagged faa-regulations medical basicmed or ask your own question.

7
How can I get back up into flying after not flying for over 20 years?
2
How to choose between BasicMed an a Class III Medical?

4
For an FAA commercial license, can I use EASA/ICAO 2nd class medical?
5
Is there truly no way to get information about medical application status?
9
Does my 1st class medical give me 2nd and 3rd class medical privileges after it expires?
1
Under 3rd Class Medical Reform, When Do I Need To See My Doctor?
10
What is the willingness of non-AME physicians to perform BasicMed exams?
2
How to choose between BasicMed an a Class III Medical?
2
Can I get a third-class medical if I have sleep apnea?
1
I received a 1st Class medical certificate in May 2005. Do I qualify for BasicMed?
2
What stops Germanwings 9525 happening again — a suicidal pilot crashing the plane?