How can an airplane keep going forward if it has no thrust?

Every pilot is familiar with the basic model of aircraft forces: 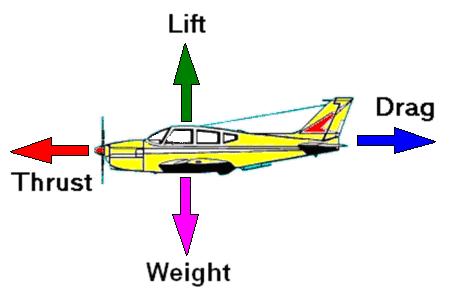 In an engine-out situation, there is no thrust, so if a constant glide ratio is to be maintained, I thought the plane must be pitched forward so the forward component of lift does the job thrust would normally do in cancelling drag.

However, in the Airplane Flying Handbook, 4-3, figure 4-2, it shows an example lift-drag diagram that shows $L/D_{max}$ ($= V_{BG}$) to be about $6°$ AoA. Wouldn't that result in lift having a backwards component and slowing down the aircraft to the point of stall?

What am I missing here?

Angle of attack is not equal to pitch angle. Yes you can decompose weight into a forward and a perpendicular component - to airstream! Or you can draw lift relative to airstream. 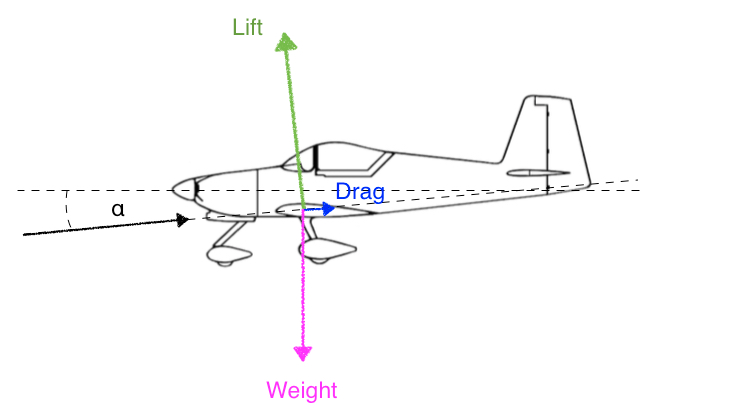 In this drawing, pitch angle is zero and AoA = 6 deg. Lift now has a forward component relative to gravity.

If at zero airspeed and zero absolute altitude this were to happen, then yes the aircraft would stall and be incapable of flying. Then again, at this point, it would not matter, AS THE AIRPLANE IS ALREADY ON THE GROUND IN THIS STATE.

In all seriousness, though, the airplane would not slow and stall unless you attempted to remain at a constant altitude. In a constant airspeed glide, however, where the airplane is descending at a shallow angle relative to the ground, it can be shown that the force of gravity is no longer perpendicular to the longitudinal axis of the aircraft and will have a component vector which is parallel to the longitudinal axis and opposed to the direction of both the induced and parasite drag vectors.

Another way to think of this is to consider the energy state of the airplane at the time the engine quits. Its total energy is the sum of its potential energy, proportional to its absolute altitude, and its kinetic energy, proportional to the square of the groundspeed. Once engine thrust is lost, that energy state begins to be drained away by the force of drag applied over a distance. In order to maintain airspeed, the aircraft must begin to convert its potential energy into kinetic energy, causing the airplane to descend slowly until it reaches the ground. 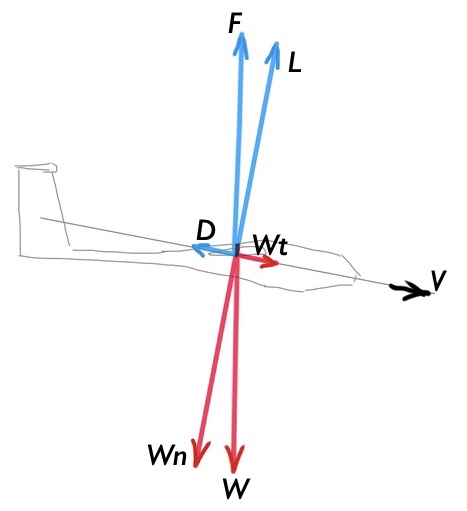 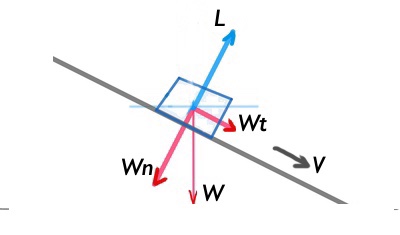 Here is a simple way to think of this problem:

Without thrust from its engine, the airplane begins instead to "coast downhill" like someone on a bike- and the pilot can choose whatever "slope" he or she wishes to follow, consistent with the need to keep the wings generating lift and the control surfaces to generate directional control forces.

In a gliding descent like this, the weight of the plane times its descent rate in feet per second yields the horsepower being burned off by drag at that combination of pitch attitude and airspeed.

So in unpowered flight, the airplane flight manual will specify the best glide angle for a given load which minimizes drag and hence maximizes the time aloft- and thereby furnishes the pilot with the best opportunity to pick out a suitable landing spot.

Not the answer you're looking for? Browse other questions tagged aircraft-physics flight-dynamics or ask your own question.

3
What produces thrust along the line of flight in a glider?
-1
Can such an aircraft take off vertically?

7
Is this explanation of adverse yaw correct?
4
How to handle the formula for computing net thrust of closely coupled engine systems for an engine with a nacelle that has non-circular dimensions?
3
Why is the force that moves an airplane forward called THRUST and not PULL?
1
How much force is produced by control surfaces?
3
In helicopter's forward motion, how is the forward pitching moment taken care off?
0
How does the aircraft keeps propelling forward when airflow and thrust are not aligned?
1
Can a plane with a thrust-to-weight ratio less than one fly vertically and perform loops?