What navigational aid(s) would WWII bomber pilots have used while flying in instrument conditions?

In my furthering attempt to understand the accident mentioned in this post, I've become interested in how WWII Bombers would have flown on instruments. In the accident report, the pilots states:

After passing Naknek en-route Elmendorf Field, we tried to go through Bruin Bay Pass but the Pass was closed. We climbed to about 7500 ft. and were between two layers of overcast. The layers began to converge ahead of us and before we knew it we were on instruments. Icing was severe and the antennas were lost in a very few minutes. Static was so bad on the loop antenna that the Anchorage range could not be heard. We thought our position was further East, over Cook Islet, until Co-Pilot, Lieutenant Donaldson, saw a mountain just off our wing tip and shouted to me. At almost the same instant we struck the mountain. After we got into the overcast everything seemed to happen so fast we couldn't do anything about it.

As a PPL and a budding instrument pilot, I am, of course, fairly well versed on how VORs and ADF/NDBs work. However, It is unclear to me whether when the pilot refers to the "Anchorage range" and the "loop antenna" whether he is talking about either one of these instruments/station types. He also mentions not being able to "hear" the range, which I would guess is similar to identifying a station with morse code the way VOR/ADF is identified today, though again, that is a guess.

Since the B-18 was much less common than the B-25 or B-17, there is much less written on them. I did find this article, but it does not go into detail on the types of instrumentation.

I've also tried to find a decent picture of the B-18a instrument panel, but so far this one is the best I've come across:

The instrument between the compass and the turn coordinator looks a bit like an ADF, but I think the image is too fuzzy to tell for sure.

I've also seen this very informative set of answers though I don't think they answer my specific question.

So again, my question is, what navigation aid(s) would these pilots have used while flying on instruments?

The accident report is referring to Radio Range navigation which predates ADF or VOR navigation.

Radio Range is used by listening to a radio tone. When the pilot is on course, he hears a steady tone. If off course to the left or right, the steady tone is replaced by a "dah dit" or "dit dah" morse code signal.

Because the antenna iced up, they were unable to hear the signal and had no directional guidance.

what navigation aid(s) would these pilots have used while flying on instruments?

On planes of this size and of this era most of the navigation and operation of navigation instruments was up to the flight navigator. They sat behind the pilot and sometimes had other instrumentation back there. In many cases they had a table and a decent map as well as some stop watches a pencil and a good straight edge. The pilots were responsible for things like heading hold, altitude hold, and speed hold. Although some planes even had aft placed throttles out of reach of the pilots. 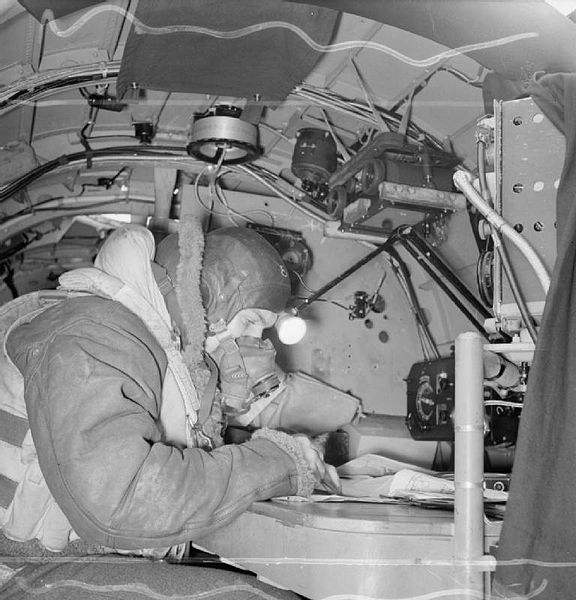 In areas of the world where NDB's and Other early radio nav ads were not really present pilotage and dead reckoning were often used. Keep in mind VOR's were not deployed until 1946.

Celestial navigation was also used however that is dependent on sky condition at the given time.

This B-29 "FiFi" Navigators station shows a pretty sparse setup of instrumentation that appears to include some kind of ADF style read out. 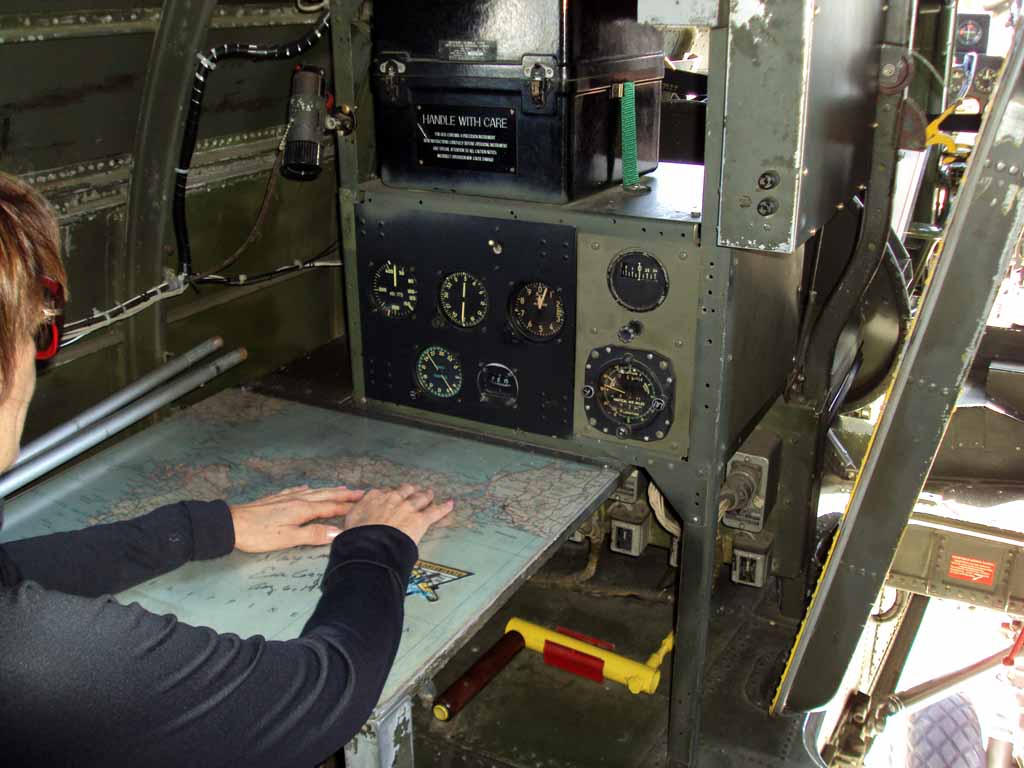 This site provides a great overview of some of the nav equipment used at the time.

You can find the full 1945 "Flight Through Instruments" Naval Aviator publication here.

The crew, numbering three, constituted the pilot and flight navigator in the traditional cockpit position over the nose with the bombardier seated in the position at the nose proper.

Early versions were even used to train navigators,

Work began in earnest on a variant specifically for training military pilots, bombardiers and navigators.

The loop antenna is a part of early ADF systems and on occasion can still be found on some aircraft (see ADF loop below). 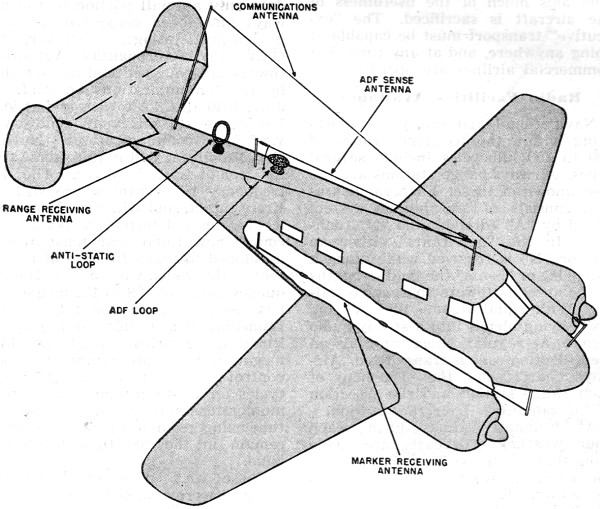 The loop antenna is one of two components needed for an ADF system. It is the component that can detect direction. However it only has 180 degrees of precision and is ambiguous beyond that. In other words it does not know if the signal is from the front or the back. The ADF Sense antenna solves the ambiguity problem (if installed).

Not the answer you're looking for? Browse other questions tagged instrument-flight-rules flight-instruments or ask your own question.

8
What radios are airliners / large aircraft equipped with?
7
What is the optimum viewing angle to search for something on the ground from the air?
9
Where can I find more information about my grandfather's crashed B-18a bomber on Mt. Redoubt Alaska?
5
What was the range of a low-frequency radio range station?

8
What steps have been taken to rule out instrument failure due to blocked static ports or pitot tubes?
8
What causes the phenomenon that pilots don't believe their instruments, while they're working well?
20
What was the first flight instrument ever used in an airplane?
2
What is an approved weather source for flying an instrument approach into an airport with no working ATIS?
1
During VMC conditions in terminal airspace (class B), does the pilots have to strictly follow separation standards issued by ATC?
7
What instrument can be used to check that constant attitude is maintained?