What was enabling control to the pilot on the Snecma C-450 Coléoptère?

Looking at the Snecma C-450 Coléoptère, I was wondering about the (4?) fins towards its tail:

Were they able to pivot to help the pilot control the aircraft? If not, what else was enabling control to the pilot ?

Great find, a vehicle with so many new design features in a time before Computed Fluid Dynamics, and hard to test in a wind tunnel where the device could only be mounted in a fixed position.

Takeoff, hover, and landing were controlled by deflecting vanes in the engine exhaust: in horizontal flight by four fins mounted just above the castoring landing gear, and in the transition to vertical flight by two retractable canards in the nose.

This source states that the four delta surfaces were movable and were to be used to control horizontal flight. They were puny though, and mounted quite close to the aircraft roll axis. One of the problems encountered during test flight was a slow uncontrolled roll.

For the control of the aircraft in fast flight, there were four cast solid control surfaces allowing in-depth aerodynamic control (horizontal control surfaces) or in rolling and direction (vertical control surfaces). For the phases of vertical takeoff and landing, control was ensured by deviation of the jet (pitching and lace) and of compressed air coming from the compressor (rolling).

The same source has a frontal view of the craft: 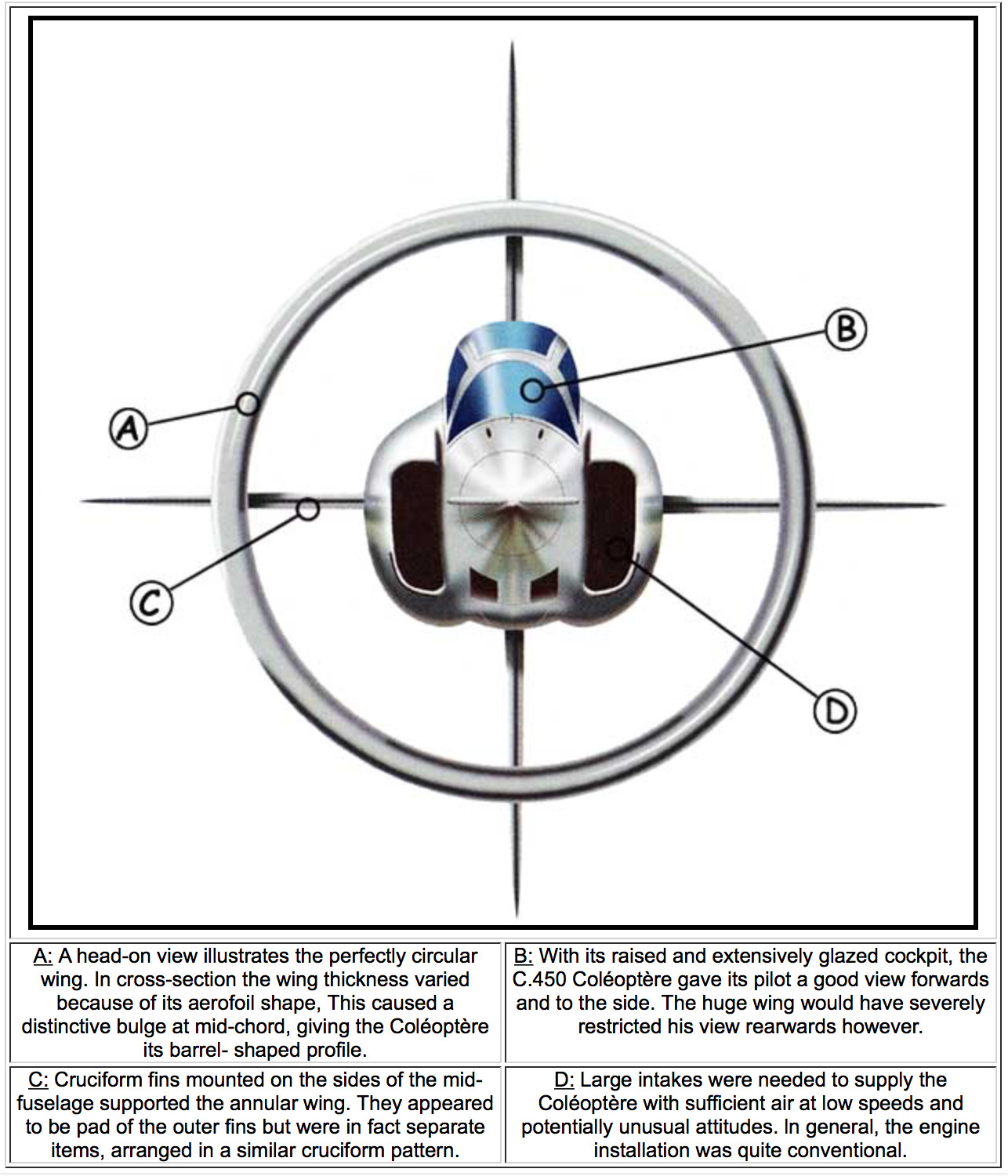 So yes the four delta surfaces were able to pivot but were obviously inadequate for providing any control at low speeds. Thrust vectoring was required for slow flight.

Not the answer you're looking for? Browse other questions tagged aircraft-design flight-controls experimental-aircraft or ask your own question.

15
Why do parked planes lock the control surfaces?
17
What control issues did the X-1 have to overcome to achieve supersonic flight?
8
Why was the experimental MiG 1.44 so similar to the experimental TKF-90?
10
Has anyone researched or built an aircraft that controls pitch and roll by pumping liquid within the airframe?
11
Could flight control be achieved by rotating a wing entirely?
6
What sort of control mechanisms (i.e., PID controllers) do modern FBW aircraft use?
1
On Airbus aircraft, can the pilot control the aircraft when the autopilot is active?
3
Aerodynamics of Flight Control Surfaces