Can a controller clear you through an SFRA?

A pilot I know (lets call him Joe) recently had a minor run in with the FAA after he skirted the edge of the Washington DC Special Flight Rules Area (SFRA) while returning to Leesburg (JYO). Here are the details:

Though the case was closed it was still the FAA's position that a violation of the SFRA rules had occurred.

What I find confusing about this case is that, if ATC instructed Joe to "proceed directly to Leesburg", doesn't that mean they cleared him through the portion of the SFRA he will need to fly through to comply with their instruction?

Research done for this question

An AOPA article on this has a chart of the Leesburg Maneuvering Area (LMA) which, as you said, doesn't require a DC SFRA flight plan (you do need one for pattern work, though): 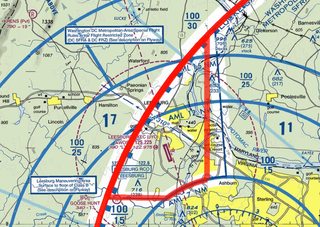 If you compare the area in the chart to the flight path in the image in your question, it looks to me like Joe entered the SFRA southwest of JYO and then entered the south edge of the LMA. I suspect the FAA is saying that he should have flown further north, then entered the LMA from the west. In other words, he cut through a corner of the SFRA. I've marked that in red here: 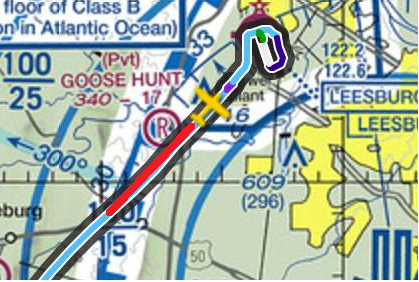 By cutting the corner, Joe entered a part of the SFRA that was outside the LMA, hence the call with the FAA. That's my interpretation, at least, although I'm surprised that the FAA didn't spell out to him very clearly what the issue was.

And to answer the question in the title, ATC cannot clear a pilot to do something he isn't authorized to do. ATC could clear a student pilot into class B airspace, but if the student doesn't have a logbook endorsement for that airspace then he still isn't allowed to enter (barring emergencies). "Proceed direct Leesburg" doesn't mean "fly in a straight line to Leesburg regardless of other considerations", the pilot still has to get there legally.

Having a controller issue a clearance does not exempt a pilot from the regulations, nor does it establish a waiver. FAA case histories are clear on that. Furthermore, the rules for the SFRA are clear, and well publicized.

Remember that a pilot may refuse a clearance, and should consider doing so when they are concerned that accepting that clearance might result in a violation.

45
Who has the higher authority, the pilot in command or ATC?
8
What special training is required to fly in the Washington DC area?
3
What do pilots operating under FAA 14 CFR 91 have to do to fly in any of the Special Flight Rules Areas (SFRAs)?

44
What does it mean when the controller uses the word "request"?
26
I accidentally deviated from an ATC instruction as a student pilot. How bad was it?
34
What is a passenger disturbance level?
24
Do you have to explain what your emergency is?
13
What is the correct phraseology for changing the runway of a landing clearance?
7
Should I mention an altitude restriction from the previous controller during an ATC handoff?
6
What are ATC-side procedures to handle a jammed frequency?
23
Do I need explicit clearance to taxi on an inactive runway?
25
How can this kind of confusion about taxi instructions occur?
9
If I'm cleared to land without any specific instructions on how to enter the pattern, what should I do?