What is the difference between a nautical mile and a statute mile? And what is a knot?

What is the difference between a "nautical mile" and a "statute mile?"

A "knot" (speed measurement, not the kind you tie in your shoe laces) is equal to one nautical mile per hour.

There are basically two different categories: nautical units and statute units. A few times early on in my aviation career I mixed the two (especially easy if you fly in a plane that uses mph but you measure nautical miles on your sectional) and it will yield inaccurate numbers, which can be pretty dangerous, depending on the calculation you are doing. These are the three main kinematic units that relate to motion of each category and values you can use for conversions:

These all follow the equation distance = speed * time (as long as you do not mix and match the category (nautical units with statute units or vice versa).

Historically speaking, the nautical units were used by sailors because it was just more practical -- one nautical mile was originally defined as one minute of latitude (lines of latitude are the ones that slice the earth horizontally -- think "flatitude"), a distance which is relatively constant (although not totally so due to earth's ellipsoid shape, but much more so than minutes of longitude which vary greatly). This was more convenient for sailors to use than statute miles because latitude (as well as longitude) was frequently used to define position so it was easier to use for dead reckoning and navigation. Lines of latitude one degree apart are about 69 statute miles apart on the surface of the earth (varying slightly depending on your location on the surface of the earth), so one minute of latitude (1/60th of a degree of latitude), is about 1.15 statute miles apart on the surface of the earth (69 statute miles/60, because a minute is 1/60th of a degree). Since a nautical mile is defined as the distance of 1 minute of latitude, it turns out that 1 nautical mile is equal to 1.15 statute miles. The actual value now is set at about 1.15078 statute miles because the nautical mile was redefined to be exactly 1852 meters (now internationally accepted). Etymologically, the term derives from sailors counting the number of knots in the rope that unspooled from the reel of a chip log (basically a spool of rope) in a specific time. Aviation follows many naval conventions, nautical units included. 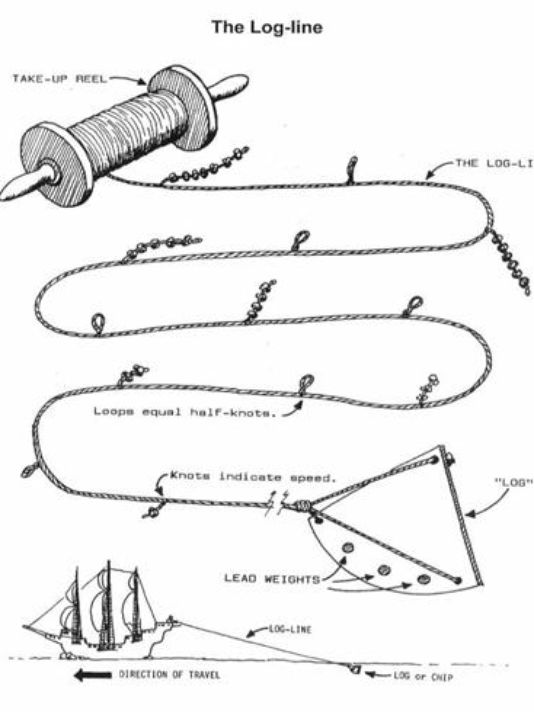 When you think of miles in normal life (20 mile drive, a mile run, etc.) those are all statute miles. Usually in aviation as well as in naval applications the units belong to the nautical category (20 nautical mile flight, 120 ktas (knots true airspeed)). Recently, however, some plane manufacturers have made a move towards using statute units in their manuals/avionics so keep an eye out for units, especially on more modern planes. As far as the aviation systems (what category weather reports use and what controllers use), everything is in the nautical category except for measuring visibility (you would hear wind readings at 10 knots from 160 degrees for example but a visibility report at more than 10 statute miles for example).

If your plane does use statute units there is most likely a statute mile side of your plotter (so you can measure statute miles on your sectional as well as nautical miles) -- use this instead of trying to convert the units; it will save you time and mistakes. Also most airspeed indicators can read both knots and mph, although the outside ring is the one belonging to the category that is most likely dominant in the manual (in values for cruise speeds, etc) -- in this case mph. 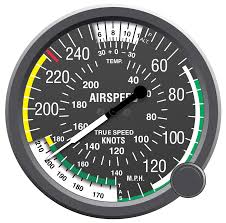 I hope this helped -- fly safe.

Not the answer you're looking for? Browse other questions tagged navigation terminology or ask your own question.

24
What is the measurement system used in the aviation industry?