Can a lifting body work at supersonic speeds?

Lifting bodies were extensively used for reentry vehicles. In the Fifties and early Sixties there were two camps with different ideas how to go to space: 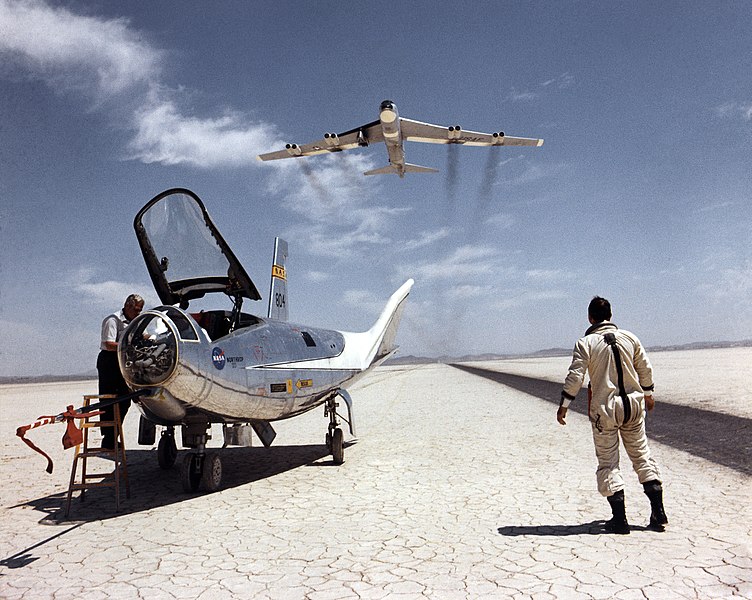 So not only can lifting bodies be made for Mach 3 and higher, they pretty much originated from the work done to fly at hypersonic speed, at least for a short while.

I don't know why a lifting body be not made supersonic. In supersonic regime, you just have to deal with shock waves and that a.c. theoretically moves to mid-chord region in 2-D analysis of the airfoil. In many practical cases, flow behind the shock wave happens to be subsonic,which makes it so much easy to apply your theories of subsonic physics over the behind shock wave region.

Not the answer you're looking for? Browse other questions tagged aircraft-design lift supersonic or ask your own question.

10
Why are many military fighter aircraft designed to fly supersonic?
4
How long can an F-16 stay supersonic?
4
Why does the aspect ratio of a wing become less important at supersonic speeds?
9
If no low-speed compromises were made, what would an ideal Mach-3 wing look like?
7
Could Mach 1.4 be a better design point for SST?
6
What are the relative contributions of the body and wings to missile lift?
1
How high can manned subsonic planes go?
41
Is it dangerous for a supersonic aircraft to fly at exactly Mach 1?
1
How do the shockwaves (supersonic and hypersonic) interact with the structure?