In the suburbs of Lisbon today two people were killed because a pilot of a light aircraft (I imagine without retractable landing gear) landed on one beach full of people (it's Summer and the beaches are crowded).

The question immediately arose on the public opinion: can those light aircrafts, with wheels, land safely on water? This aircraft seems to be a Cessna 152.

The other post "What are the risks in landing on a beach vs. shallow waters?" does not solve this question.

Can light aircrafts with no retractable landing gear make an emergency water landing? 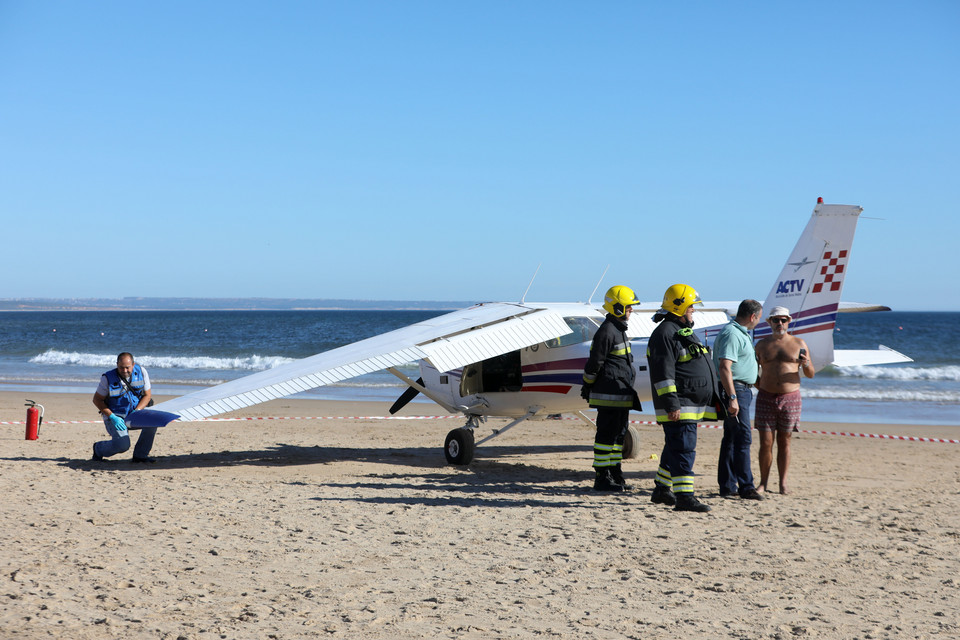 Can they land on water? Yes.

Most pilots contend that the ideal airplane for ditching is a low-wing aircraft with landing gear retracted. Statistics, however, do not substantiate this. Aircraft geometry and landing gear configuration do not appear to affect survivability appreciably. (Source.)

If you try this Google search, you'll find plenty of high-wing fixed-landing-gear water/sea/ocean landings. The outcomes for the occupants vary.

The [Cessna 152] was ditched in the [waters off Grand Bahama] after experiencing a technical failure. Both trainer pilot and trainee remained unhurt.

The Makani Kai Air Cessna 208B Grand Caravan impacted ocean waters shortly after takeoff from Kalaupapa Airport (PHLU), on the island of Molokai in Hawaii. The airplane sustained substantial damage. The pilot and two passengers were seriously injured, one passenger was fatally injured, and five passengers received minor injuries.

Related: What are the risks in landing on a beach vs. shallow waters?

Not the answer you're looking for? Browse other questions tagged safety landing-gear emergency-procedures cessna-152 ditching or ask your own question.

21
What are the risks in landing on a beach vs. shallow waters?

7
What should a pilot do to perform a successful emergency water landing?
11
Can water landing be simulated?
21
What are the risks in landing on a beach vs. shallow waters?
22
What airframe designer/manufacturer is credited with the first retractable landing gear system?
7
What are some of the more common procedures when faced with a hung landing gear?
21
Are tail strike landings preferable for an emergency landing on water?
14
Does it make sense to do an emergency landing without nose gear in order to reduce stopping distance?
27
Why use an airplane with non-retractable landing gear for aerobatics?
7
Should an emergency field landing be performed with landing gear down or up?