Why do helicopters typically have blades at the top?

This question has several great answers showing that it's perfectly possible for a helicopter to fly with its blades underneath the rest of the aircraft.

There are some obvious issues with having a helicopter's blades at the bottom, to do with proximity to the ground and being in the way when someone wants to get in or out of the helicopter. Is the answer that simple, or are there other reasons related to flight dynamics, manufacture, or something else?

Yes the answer is that simple, that mincer needs to be out of the way so it doesn't chop peoples' head or feet off, or slashes into a bit of concrete and shatters into 100 pieces scattered around like bullets. That is the main reason why the light 2-seater R22 has the rotor mounted on a pylon, at 2.7 m it is out of the way of most people. 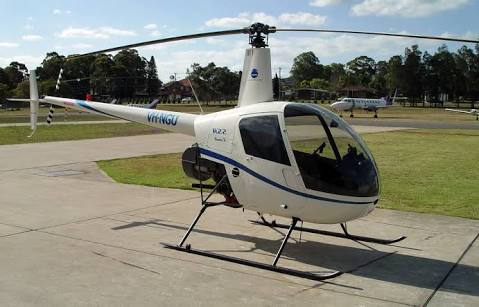 Flight dynamics wise, a rotor underneath the helicopter has speed stability in the hover, which makes the helicopter easier to control. The rotor acting as a pusher makes it more efficient; being closer to the ground means more lift in ground effect and softer take-off and landing. Manufacturing:

So all in all an underslung rotor poses no particularly vexing engineering problems and provides improved stability and better performance - it would just be an immensely impractical machine.

There were some experimental "helicopters' with rotors on bottom:

49
Why are push-propellers so rare, yet they are still around?
26
Would a helicopter with the blades on the bottom fly the same, if at all?
26
Are there helicopters with vertically mounted turbines?