Is there an analytical description of the NACA 642-015A profile?

While searching for symmetric profiles I stumbled across different definitions (point-clouds) of the NACA 642-015A profile.

The figure below (skewed) shows the difference in percent chord on the secondary axis (green markers).

What causes these differences and is there a analytical description I could use to create a point-cloud with higher resolution.

Another question is: The NACA Reports I could find via Google all feature the NACA 642-015 (without the "A"). The difference between NACA 642-015A and NACA 642-015 is an increased thickness of the A-version towards the trailing edge. Who introduced or developed the A-version? 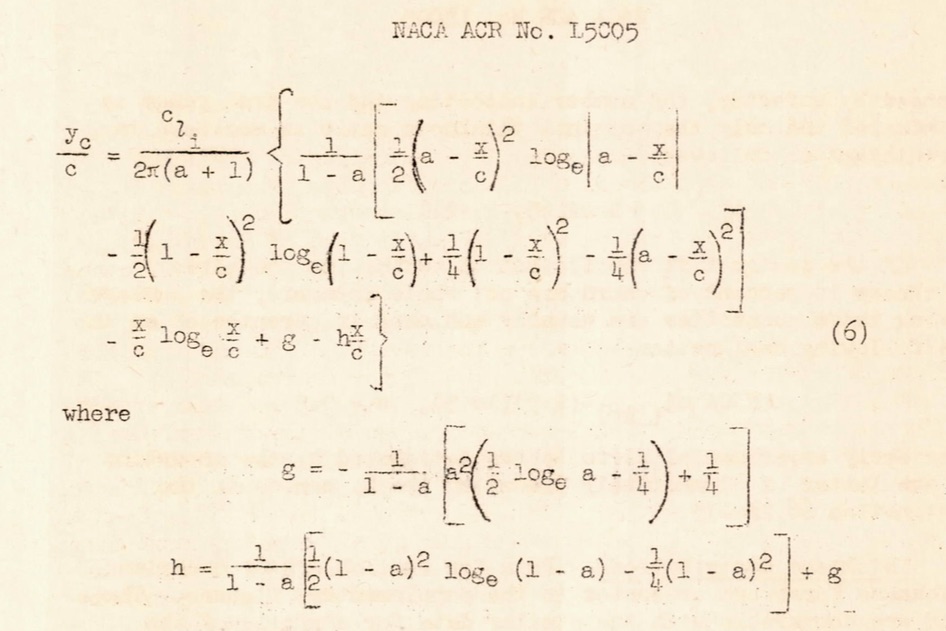 On your second question: found this reference in Synthesis Of Subsonic Airplane Design by E. Torenbeek:

A modification to the standard series is the A-series in which the sharp trailing edge angle is replaced by a larger one, resulting from straight contours which run from 80% chord backwards.

Not the answer you're looking for? Browse other questions tagged aerodynamics wind-tunnel nasa or ask your own question.

4
How to draw NACA 6-Series Airfoils?

3
Are there any reference values for Cl and Cd of a NACA 0012 airfoil to verify CFD simulations?
8
What is profile drag?
4
How to draw NACA 6-Series Airfoils?
1
NACA Airfoil 0005.4
0
What are typical naca foils for winglets for ultralights/LSA?
2
is there difference b/w moving object in a fluid and static object in a moving fluid?
1
How do you calculate Profile Drag?
1
Is this description of lift and drag coefficients correct?
0
Temperature profile for a boundary layer