What's an estimate for the cost of the cockpit technology on a 747 or 777?

Can anyone share what the percentage cost or dollar costs of cockpit instruments and related software is within a 747 or 777?

PS- I'm a physician working in medical safety. Physicians can no longer memorize it all (haven't been able to for decades- but now admitting it with more frequency). They need instruments as in a medical cockpit. Currently hospitals spend hundreds of millions on electronic medical records, but do not heavily invest in software to aide diagnostic and therapeutic decisions. I am trying to develop a comparison between professions that deal with complex systems and the type of investments in software and guidance systems to handle complexity. Thanks for any help!

The avionics industry is now a major multi-billion dollar industry world-wide and the avionics equipment on a modern military or civil aircraft can account for around 30% of the total cost of the aircraft. This figure for the avionics content is more like 40% in the case of a maritime patrol/anti-submarine aircraft (or helicopter) and can be over 75% of the total cost in the case of an airborne early warning aircraft such as an AWACS.

Boeing promises up-to-date prices (including profit) on their website. The cheapest 777 is listed at USD 283.4 million. For comparison, the engines on the 777 account for 20%.

Moving on to the military side to confirm that 30-40%—as of 2009 the [electronics of the] weapons systems of a single Boeing F/A-18E/F Super Hornet cost some USD 35 million, 44% of the flyaway cost (cost of the aircraft production). Source: navy.mil, PDF page 32.

While expensive, on the long run they're cheaper. Kind of like replacing a good digital watch, compared to repairing an expensive mechanical watch.

The airlines want the advanced technology, despite its higher initial price, because of the lower life-cycle and replacement costs it offers. The cost of maintaining conventional cockpits has soared. Dial-type gauges require watchmaker skills to repair, and skilled people are getting fewer. At the same time digital devices are getting cheaper.

A lot of the cost of the avionics are for reliability consequences: making the computers rugged and able to withstand turbulence and hard landings, making them redundant so that there are no single points of catastrophic failure etc. The avionics of modern civil airliners are used in Level D simulators as well. For the simulators, flightworthy computers are not necessary and the software is usually rehosted onto standard PCs.

A package of avionics, input devices, rehosted software plus licenses would make up 10 - 15% of the sales price of a Level D device, which depending on the type is between 10 - 20 million USD - so all in all between 1 and 3 million USD.

On the other end of the scale, a full suite of modern avionics for smaller GA airplanes such as Garmin G500 can be obtained for USD 20,000. Its bigger brother the Garmin G1000 is on board of the Cessna Citation Mustang. These systems have a significant portion of the functionality of the big airliners, for 10% of the price. 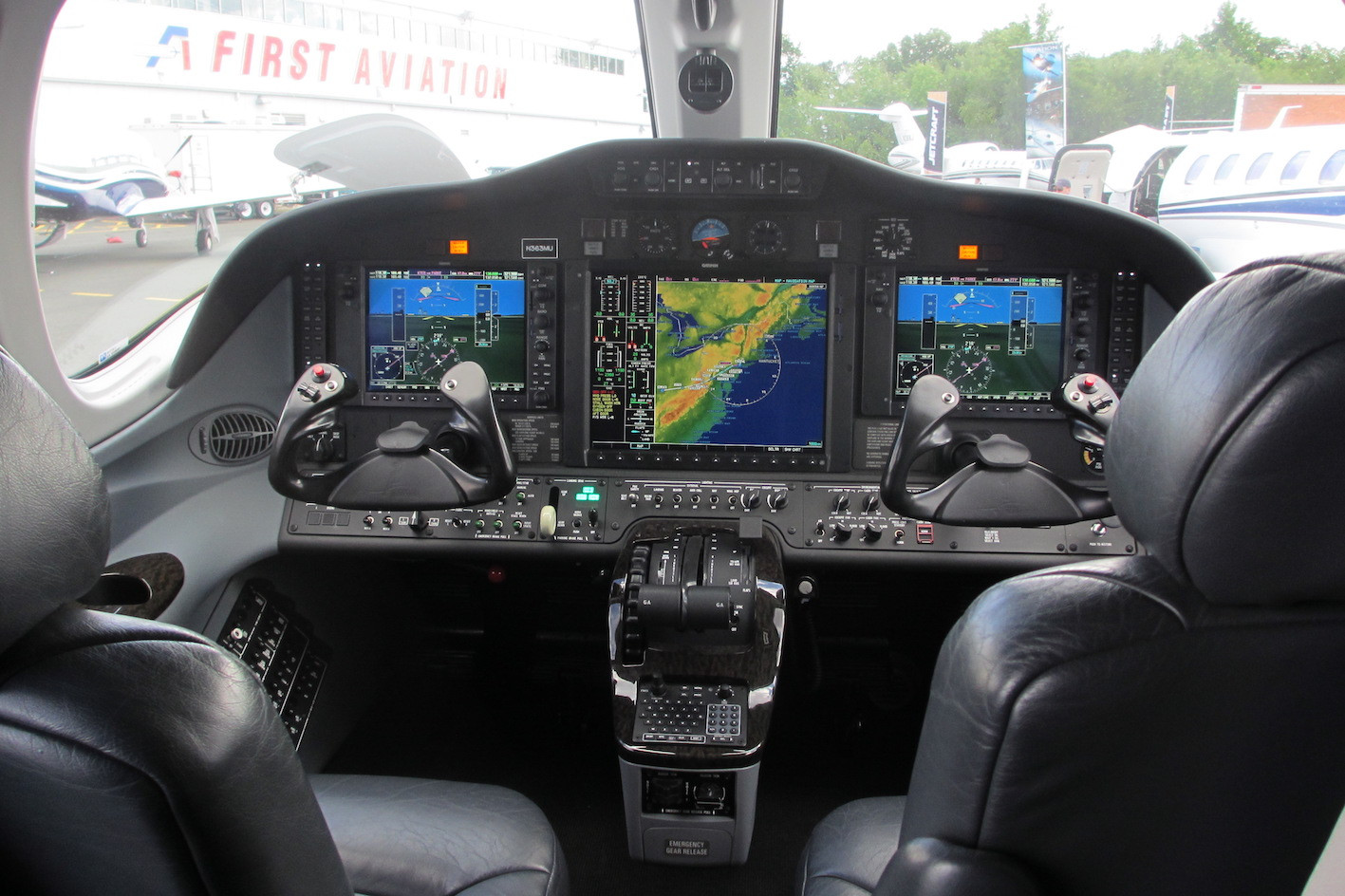 Not the answer you're looking for? Browse other questions tagged avionics cockpit cost boeing-747 boeing-777 or ask your own question.

8
What prevents miltiary jets and turbo-props from being refitted with a turbofan?
1
Is the flight management system software independent from the hardware?