What are the effects of an increase in altitude upon ESHP of a turboprop engine?

This is one of the questions in the ATP material:

What effect will an increase in altitude have upon the available equivalent shaft horsepower (ESPH) of a turboprop engine?

I chose (C) but the correct answer was (A). Could anyone explain why? Isn't the whole purpose of a turbocharged engine to sustain engine power at high altitude (below critical altitude)? Why does lower density at high altitude cause a decrease in power?

You have confused a turboprop engine with a turbocharged engine. They are very different and have very little in common.

A turboprop engine is powered by a turbine engine geared to a propeller. Turbine engines have less power available at higher altitudes so answer "A" is correct.

Both types of turbocharged piston engines can maintain full rated power as they climb, but they will eventually reach a limit where full power can no longer be maintained.

Because the performance of a turboprop engine, like any other air cycle heat engine, is directly proportional to the density of the air moving through the engine. Denser air means more working fluid in a greater amount of energy can be obtained from it by combusting it with fuel. As you rise in altitude, the air becomes less dense and the amount of work that can be obtain from a given volumetric flow rate of air becomes less and less the higher you climb. This also lowers the equivalent shaft horse power that one can obtain from the turboprop engine, as it both reduces the shaft horse power to the propeller as well as the jadditional et thrust from the exhaust.

Manufacturers of turboprop engine sometimes compensate for this by flat rating the turboprop engine. That is, the fuel control unit for the turboprop presets the amount of output power that the engine will produce. The gas core of the turboprop may be able to produce much more power at sea level or at lower altitudes than you can obtain with a full throttle command from the cockpit. The maximum amount of power the gas core on a flat rated turboprop can produce at sea level at standard atmosphere is referred to as the engine's thermodynamic power rating. A flat rated engine will continue to produce a uniform power output as the aircraft continues to climb until the flat rated power output is equal to the thermodynamic power output of the engine at the current flight level. If the aircraft continues to climb, the engine's power output will begin to decrease.

The turboprop engine produces less power at altitude, because the mass stream through the engine is smaller: there is less air. The turbocharged piston engine also produces less power at altitude due to less air entering the cylinder. Both have a compressor, and some effects of altitude on power generation are indeed similar, but the design conditions differ due to the great differentiator: weight.

If the same approach was followed for a piston engine, the weight penalty would be much higher than for the turbine engine. So piston engines are designed for maximum power at sea level, and this power is maintained as long as possible with increasing altitude, by pumping in more air through the super/turbocharger.

Note that the turboprop with derated power and the turbocharged piston have very similar characteristics, both deliver a constant power as altitude increases, up to the critical air pressure...

The weight advantage of turboprops over piston engines was demonstrated in the 1960s by the conversion of the Cessna Skymaster into the Conroy Stolifter: the two Skymaster piston engines produced 155 hp less and weighed 117 kg more than the single TPE-311 turbine engine that replaced them. 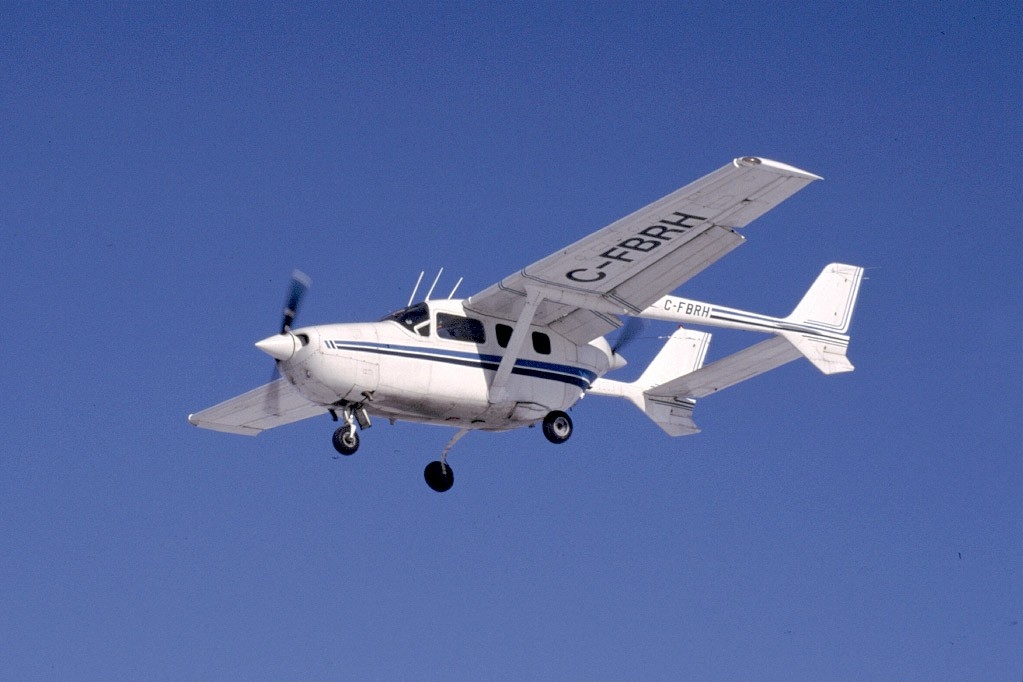 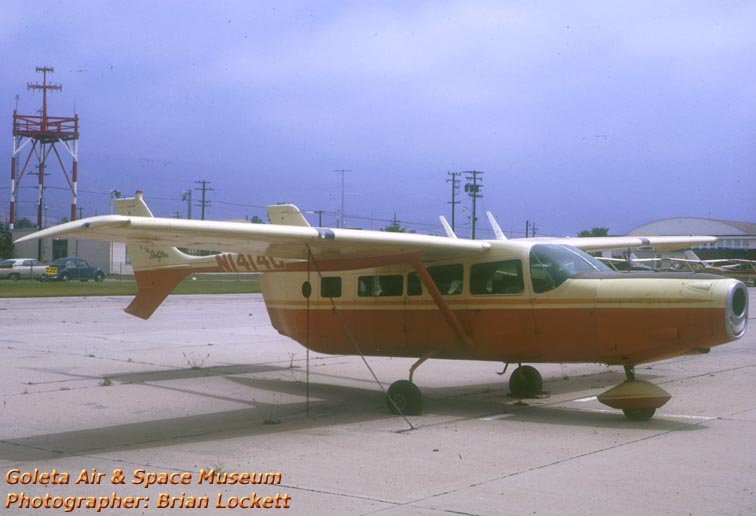 26
What is “Hotel Mode” on a turboprop engine?
4
What are the major hazards in operating a PT6 Turbine Engine?
23
What are the differences between a helicopter engine (turboshaft) and an aircraft engine (turboprop)?
13
What is the fastest single-engine civil turboprop aircraft with cabin seating?
5
What is the effect of power extraction on turbofan compressor and turbine maps?
15
Is it possible to drive a prop directly from a jet engine without a gearbox?
2
Has the Beechcraft company considered building a single-engine turboprop?