For designing a runway, what are the largest cargo airplanes in use?

I am working on a project where I have to design a runway for large cargo planes and I need to know what kind of planes I should assume would land there.

If you are designing a runway, then you should get familiar with ACN and PCN.

The aircraft classification number (ACN) is a number expressing the relative effect of an aircraft on the runway pavement for a specified standard subgrade category.

* There can be the largest aircraft out there, but it may have a lot of tires, so the force it will exert [per tire] on the pavement might be lower than that of a smaller plane (e.g., A380 and MD-11).

From the linked Wikipedia article, the MD-11 stands out as the harshest on pavements (after discounting non-freighter aircraft). 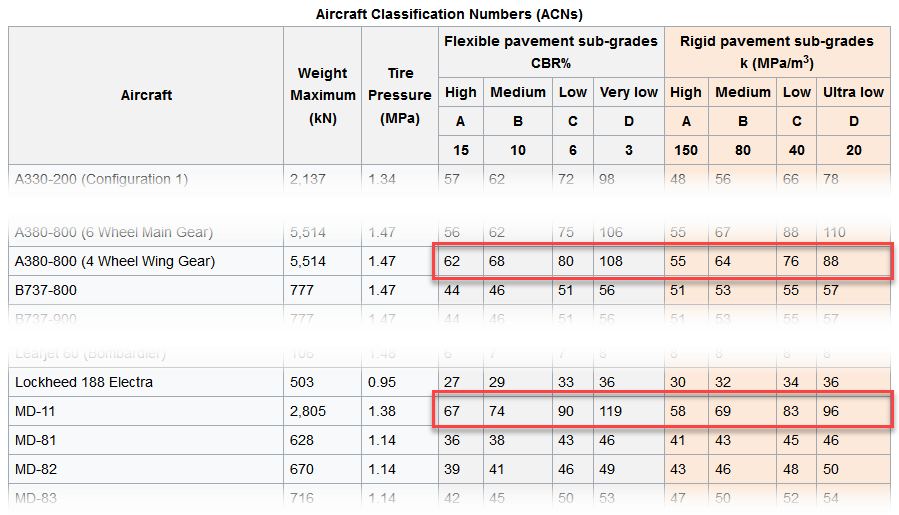 In most cases, aircraft are loaded according to the available length, not the other way around. Not all airports that handle 747s have 11,000-foot [corrected length] runways.

For the wingspan (or main gear span), the categories are defined by ICAO Aerodrome Reference Code.

Element 2 of the Code is derived from the most restrictive of either the aircraft wingspan or the aircraft outer main gear wheel span.

The C5 Galaxy is a large pure cargo plane, with the nose able to swing wide open. 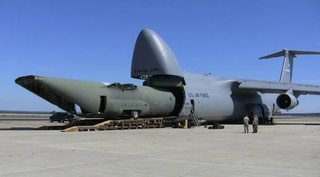 The Ukranians make larger cargo planes than the C-5, nicknamed the vodka burners here in Australia. Slighty larger than the C-5 is the Antonov AN124. 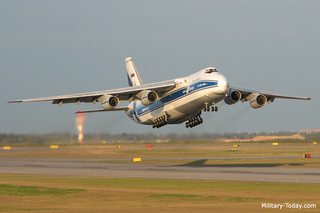 And the largest of them all, the B747 freighter and the Antonov AN225. 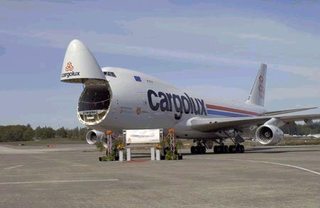 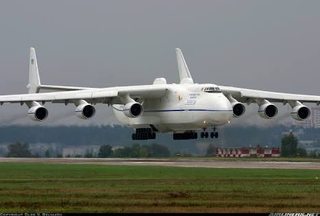 The pure cargo planes have swing noses which allows for sticking big chunks of cargo straight in. We had a look at air freighting a simulator some time ago, and a regular freighter 747 could not do it, too bulky for the side loading set-up. Only the swing nose guys could manage, requiring airport facilities that could handle oversize freight.

A comparison between sizes of 747 and An225 is found on Wikipedia: 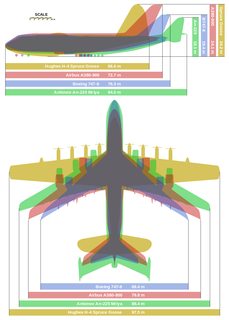 11
How can a Boeing 747 take off from Princess Juliana 7,546 ft runway?
5
Is there something like a table of aircraft required runway lengths?

13
What is the rule of thumb for land/taking-off on a sloped runway?
13
What is the typical aircrew for a cargo flight?
11
What determines the touchdown zone and aiming point markings on a runway?
11
What regulations or procedures address runway-taxiway interference for aircraft with large wingspan?
12
What is the loading diagram for a C-130J?
2
What Are These Runway Lights For?
3
What are these protuberances on the north edge of runway 10/28 at Mataveri?
27
Why do airports have directional runways instead of a large area to operate in any direction?