KC-130: What are the four tanks/tube on the wings in between the engines used for?

On the KC-130, what are the 4 tanks/tube on the wings in between the engines used for?

I've seen them in photos but without explanation. I cannot find any mention of them whatsoever. If not storage tanks then what else would they be used for?

The tanks between the engines on each wing are external fuel tanks. The pods outboard of the #1 and #4 engines are aerial refueling pods which house the hoses and drogues that are reeled out when refueling other aircraft.

This page has several examples of the outboard pods trailing drogues for refueling. These pods are unique to KC- and MC-130 variants. One example: 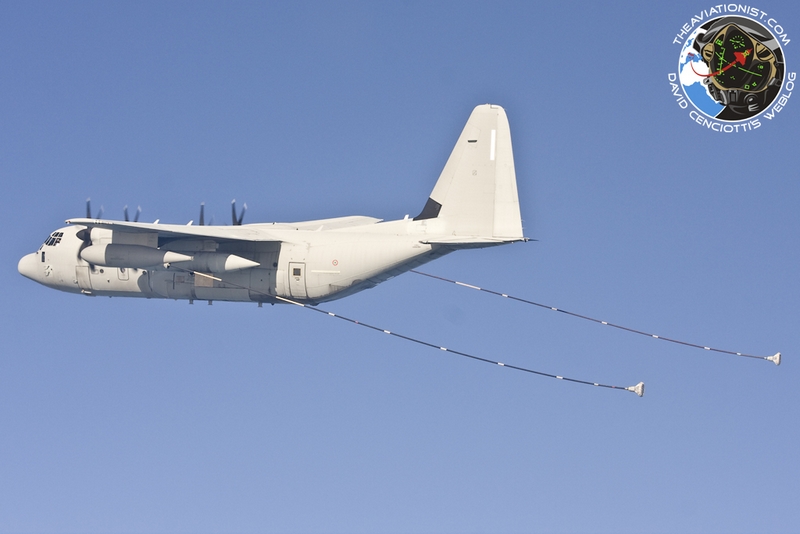 Not the answer you're looking for? Browse other questions tagged aircraft-design military feature-identification or ask your own question.

15
What is this tube along the right side of a Blue Angel?
13
What are the vertical pieces of metal on the Slingsby Swallow wing for?
9
What are these parts on STOL/bush planes?
10
What are MTRs used for?
6
Why hasn't there ever been a large 4-engine commercial airplane with 2 engines on the wings and 2 engines at the tail?
42
What are these five indicators at the front of the 737 passenger cabin?
6
What are the limitations to adding wings with engines to a helicopter?
3
What are these openings on the TBD/TBM Avenger?
1
Why aren't grid fins used as wings for low speed aircraft?