How do you know which fuel an aircraft uses?

Other than the decals on the plane, how would you know what fuel to use in an aircraft? Where is this limitation documented?

For some aircraft, does this limitation include some sort of substitute fuel for emergencies? For example, I have heard that if Jet A-1 is not available, some aircraft may have approved emergency fuels, such as AvGas.

Where would this information be found?

The actual fuel type limitations will be listed in at least two places: the aircraft type certification data sheet (TCDS), and the limitations section of the aircraft Flight Manual, Operating Handbook, or equivalent.

The fuel placards placed at the fuel filler ports might not list all approved fuels, or may state "Type X fuel only" when additional fuels may in fact be approved. These placards should be understood as a precaution against inadvertently fueling with an unintended or wrong type of fuel. In some cases ignoring these placards can have fatal consequences.

Some aircraft do indeed have approved emergency fuels. This information would also be found in the limitations listed above.

For example, the TCDS for the Beechcraft King Air B200 with PT6A series engines is lists the following for normal approved fuels:

Note 6 in the TCDS reads as follows:

Likewise, the EASA TCDS for the King Air B200 lists the same limitations.

The Flight Manual for the King Air B200 also lists these limitations, as applicable, as well as some additional altitude constraints when using emergency fuels due to electric boost pump requirements. 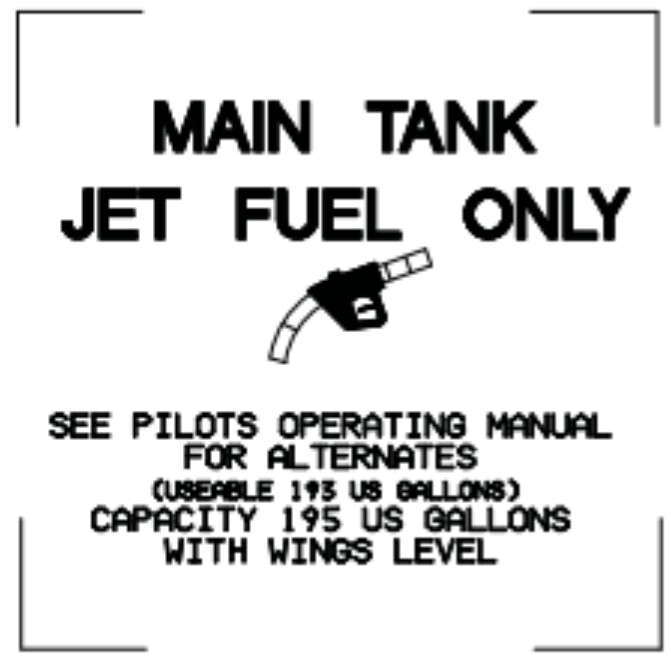 As an example, the Cessna Caravan, with a PT6-114a engine can run on Jet A or other fuels, such as 100LL. The information is not always on placards. The POH is normally where this is documented. If a replacement engine has been installed, there will likely be a supplement with the STC which will cover alternate fuels and any limitations.

Addendum #1 Some aircraft, such as recip singles may have a STC permitting use of mogas, as an example. In these cases the STC will have an operations supplement for the POH or equivalent. This was actually a fairly common alternative fuel 20 years or so ago.

There are a few things to help you remember, such as placards next to the fuel cap 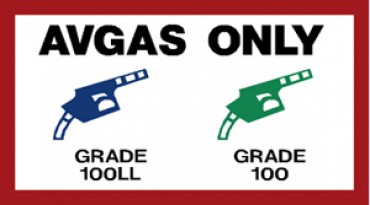 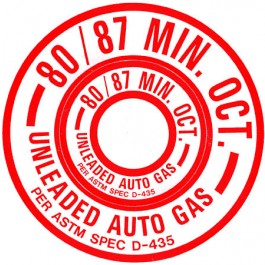 The pipework/shut off at the bowser might also have a placards/indications/color-coding.

A for emergency fuel, that is part of flight planning - you calculate how much fuel you expect to use and add an amount on for emergency/contingency.

Placards only tell half the story, check the flight manuals for the rest of it

The placards at the fuel port will indicate what the primary or preferred type of fuel is:

Jet fuel dispensers are supposed to use a wide, rectangular nozzle that is too big to fit into an avgas plane's fueling ports, thus preventing all but the most determined from misfueling an avgas-only plane with jet fuel. However, a few aircraft are retrofitted with turbine engines without changing the fueling ports, some older aircraft may have large diameter avgas ports due to the flows needed, and some turbine helicopters do not accept the standard jet fuel spout (J-spout or "Hoover spout"). Hence, some jet fuel dispensers are fitted with narrow "rogue" nozzles, creating the very misfueling hazard the J-spout is supposed to prevent.

Not the answer you're looking for? Browse other questions tagged fuel refueling fuel-systems or ask your own question.

68
Why do jet engines use kerosene rather than gasoline?
28
What are the ICAO fuel reserve requirements?

16
Why is fuel used as a hydraulic fluid?
10
Why do military aircraft use a different kind of aviation fuel?
4
How do you calculate trip fuel based on hourly fuel burn rates?
4
Why does the Zapata Flyboard Air UL consume so much more fuel/hr than the Mosquito Air?
3
Are there any 100% renewable energy aircraft in development?
29
What features enable the Su-25 Frogfoot to operate with such a wide variety of fuels?
7
Why is alcoholic gasoline such a showstopper for aviation?
7
Why can’t the CF34 use wide-cut fuels?