Can glide ratio be increased with bi-wing configuration?

Instead of increasing the wingspan, could an extra wing of the same size or less as in a bi-wing configuration also increase the glide ratio?

To create lift (over finite span), which is upward force, the wing apply downward force to the air by principle of action and reaction and since the air is free to move, it will accelerate downward. This will increase its energy, therefore the wing must do some work on it and this work manifests as induced drag.

At given flight speed, more air can be affected by increasing the wing span, or by having two wings far enough to affect different air. Since the wing affects air to height comparable with the span, the wings would have to be quite high above each other for the construction to be efficient—but such construction would not be efficient mechanically, since it would need very high pylons above and possibly below. Increasing the span is easier.

Glide ratio is determined by L/D. If we can increase lift without increasing drag, or decrease drag without decreasing lift, we have a better glide ratio.

Increasing the wing span (for a given wing area => reduce the chord) helps: the longer wing span spreads out the lift creation over a longer distance, thereby decreasing induced drag. Keeping the flow laminar for as long as possible also helps.

Your question is about adding a second wing to an airplane. The problem with biplanes is that they were mainly constructed decades ago, and we associate them with older construction methods and mainly lots of drag, such as addressed in this question. It seems that the classical biplane has no aerodynamic advantages, and always has a lower L/D ratio than a comparable mono wing.

However there are now Computed Fluid Dynamics. There has been work done on biplane configuration with low drag in recent years - many are behind a pay wall, this one is not. Their work found two configurations with high L/D ratios: 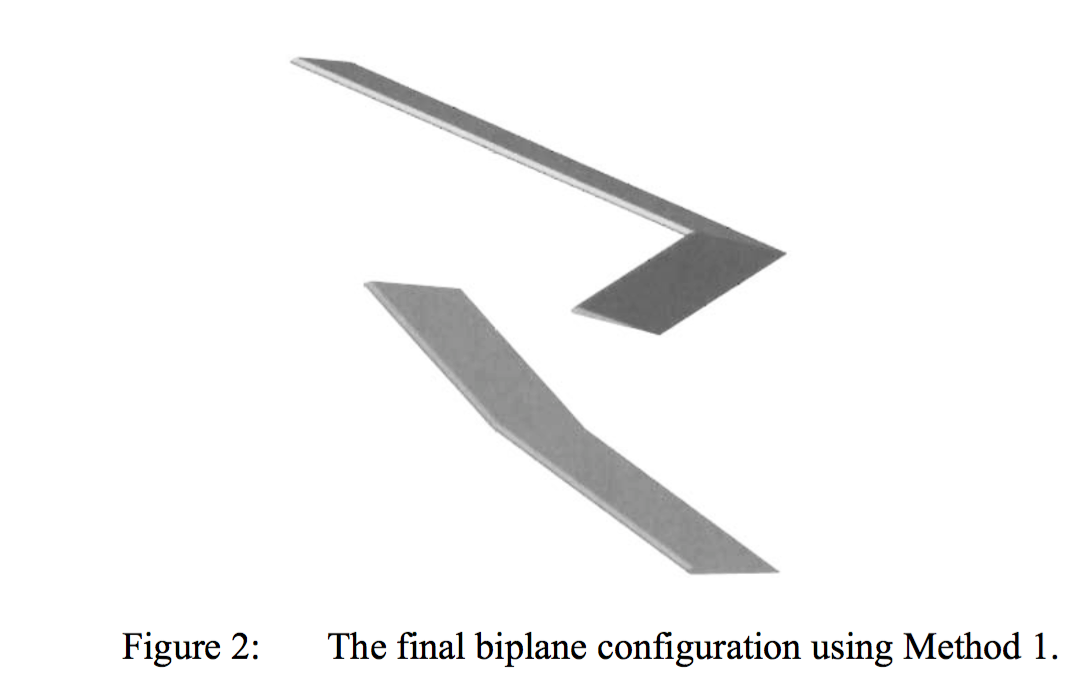 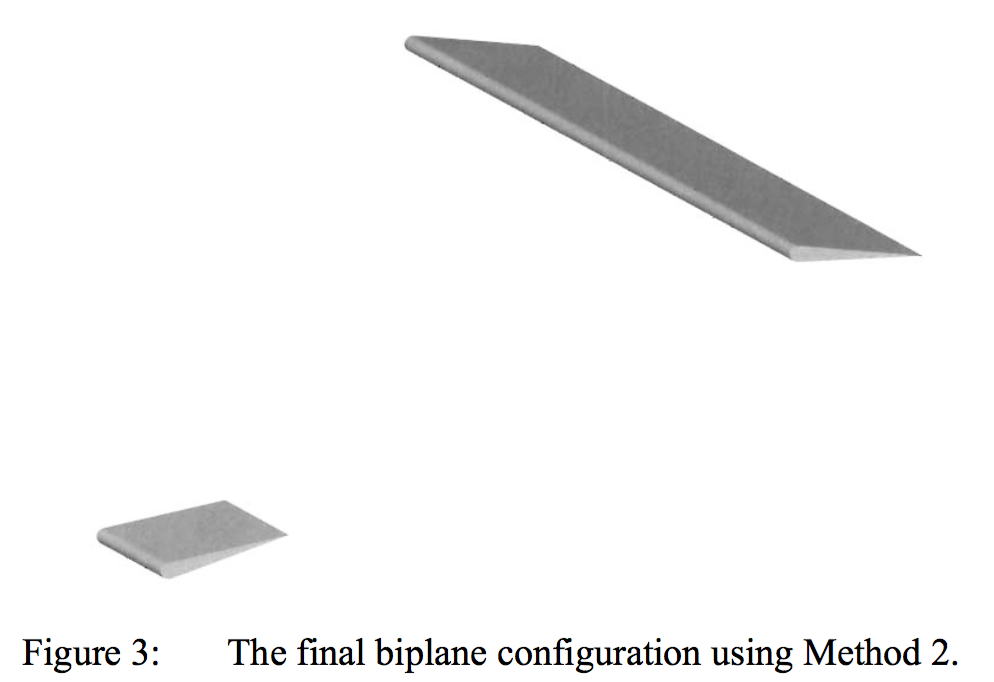 Note that none of the configurations included a fuselage of any kind, so their CFD work would have to be repeated with the fuselage and with interference computations. Fortunately computing power has increased dramatically in recent years.

Not the answer you're looking for? Browse other questions tagged wing glider glide-ratio or ask your own question.

7
Would biplanes be of use in VSTOL applications? What is the down side to biplanes? ex. Bush Pilots or VSTOL competitions

30
Why isn't the wing span of a certain airliner longer with the longer fuselage versions?
8
How can planes with the same stall speed and power-to-weight ratio have such different takeoff field length, climb rate, glide ratio, etc?
12
How is the glide ratio affected when converting a wheeled plane to floats?
21
How can we calculate the benefit gained from taping glider wing roots?
3
How can I find the optimum chord wing length for this wing?
3
Are frisbees and boomerangs technically gliders?
1
How does wing aspect ratio influence lift and drag?