What prevents a Machmeter from being the standard airspeed indicator? 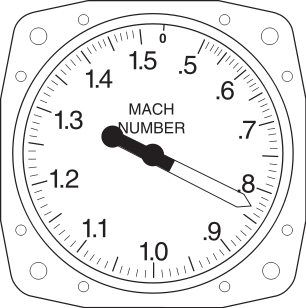 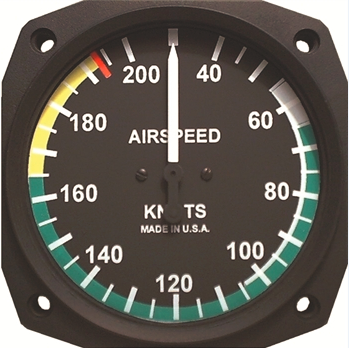 What does prevent to have a Machmeter scale both in knots and Mach numbers, and use the Machmeter in place of the airspeed indicator, as the standard airspeed instrument? 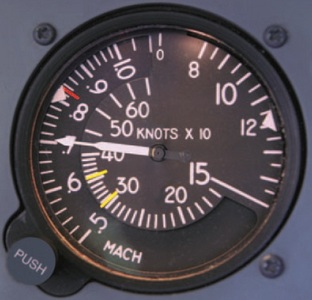 Machmeter-based tachometer would not indicate something between IAS and CAS, it would indicate TAS but for the same¹ instrument and position errors the normal airspeed indicator has.

However, airspeed indicator does not indicate true airspeed and this is intentional.

The only effects that depend on other speeds are aeroelastic flutter, which depends on true airspeed, and compressibility effects, that depend on Mach number. Both limit the maximum safe speed. That is why fast aircraft also need Machmeter. But they still need the indicated² airspeed.

¹ Both instruments use the same two raw values obtained from the pitot-static system: total and static pressure. The airspeed indicator shows square root of the difference (because dynamic pressure is proportional to square of speed), the Machmeter shows the ratio to some fractional exponent. So all the errors affect both the same way, and in electronic instruments, they are compensated² to the same extent.

² Electronic systems in modern airliners say to show CAS, correcting all errors they can reasonably estimate.

...Machmeter scale both in knots and Mach numbers

The simple answer is that unlike say (MPH vs KTS) the equivalents change with altitude so one scale would have to move. For example at sea level Mach 1 is roughly 661 Kts. by comparison at 35,000 ft its 574 Kts. Even though an air speed indicator also suffers from similar corrections the MPH/KTS scales are always in line. The IAS/TAS calibration creates a similar issue but generally its acceptable to correct once cruise altitude has been reached (or you are at least in a cruise climb situation and free to handle such correction). The truth is that most modern glass cockpit units handle this for you.

One other thing to consider is units. Mach Number, strictly speaking is unit-less while speed is measured as Distance/Time many might say these two things cant be on the same instrument.

The fact remains that you, could, potentially print them on the same instrument as long as one scale was constantly adjusted for. I presume (based on the picture) that Mach gauges may have an issue with low readings which could be a problem for things like stall labeling etc.

You may also want to take a look at the example outlined here.

The needle would move very little at lower airspeeds and would be subject to non-linearity. Velocity follows directly from $p_{total} - p_{static} $, while Mach number is a fraction. From Wikipedia:

At the beginning of the scale, there is very little relative change and very little movement of the needle, and as the speed picks up there is more needle movement per knot. 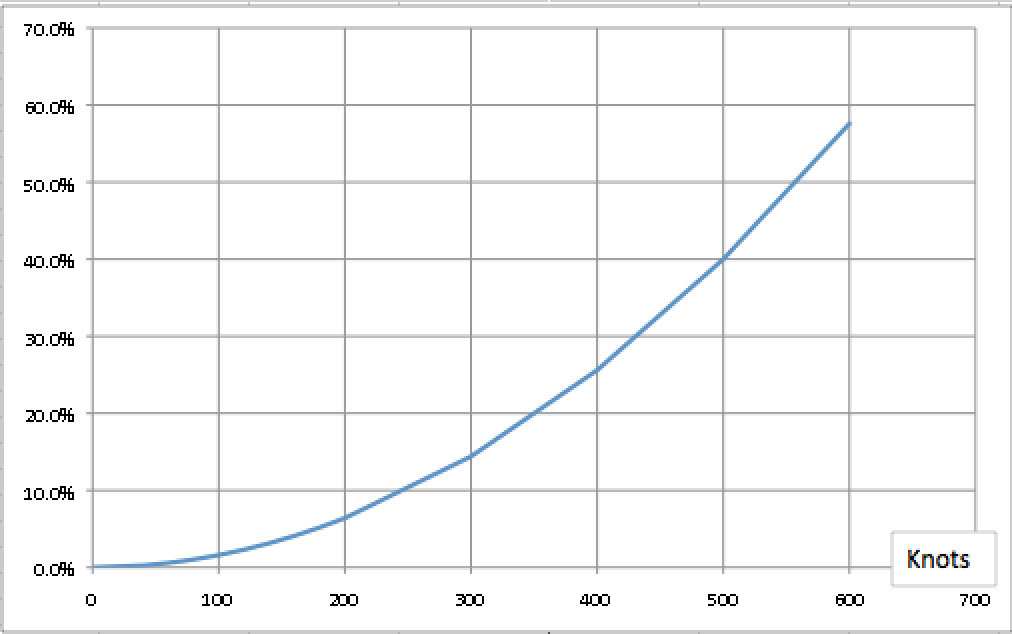 A plot of $\Delta$ dynamic pressure as a fraction of static pressure (at sea level in ISO atmosphere) shows this. At 200 knots, the dynamic pressure is only 6% of the static pressure. Any friction in the measuring equipment will have large effects on the accuracy and linearity of the speed reading up to this point. Only at speeds of > 200 knots does the gradient start to be reasonably useable.

Not the answer you're looking for? Browse other questions tagged flight-instruments airspeed mach-number or ask your own question.

29
How does a Mach Meter determine the speed of sound at a given altitude?