What does this black triangle placard on board an A320 denote?

Just out of interest whilst travelling aboard a British Airways A320-232 G-MIDT on the 9.45 BA shuttle service (LGW-GLA) in seat 10F I noticed a placard above the window of seat 9F. Given this seat was two rows forward of an overwing exit I was wondering if it was related in any way. 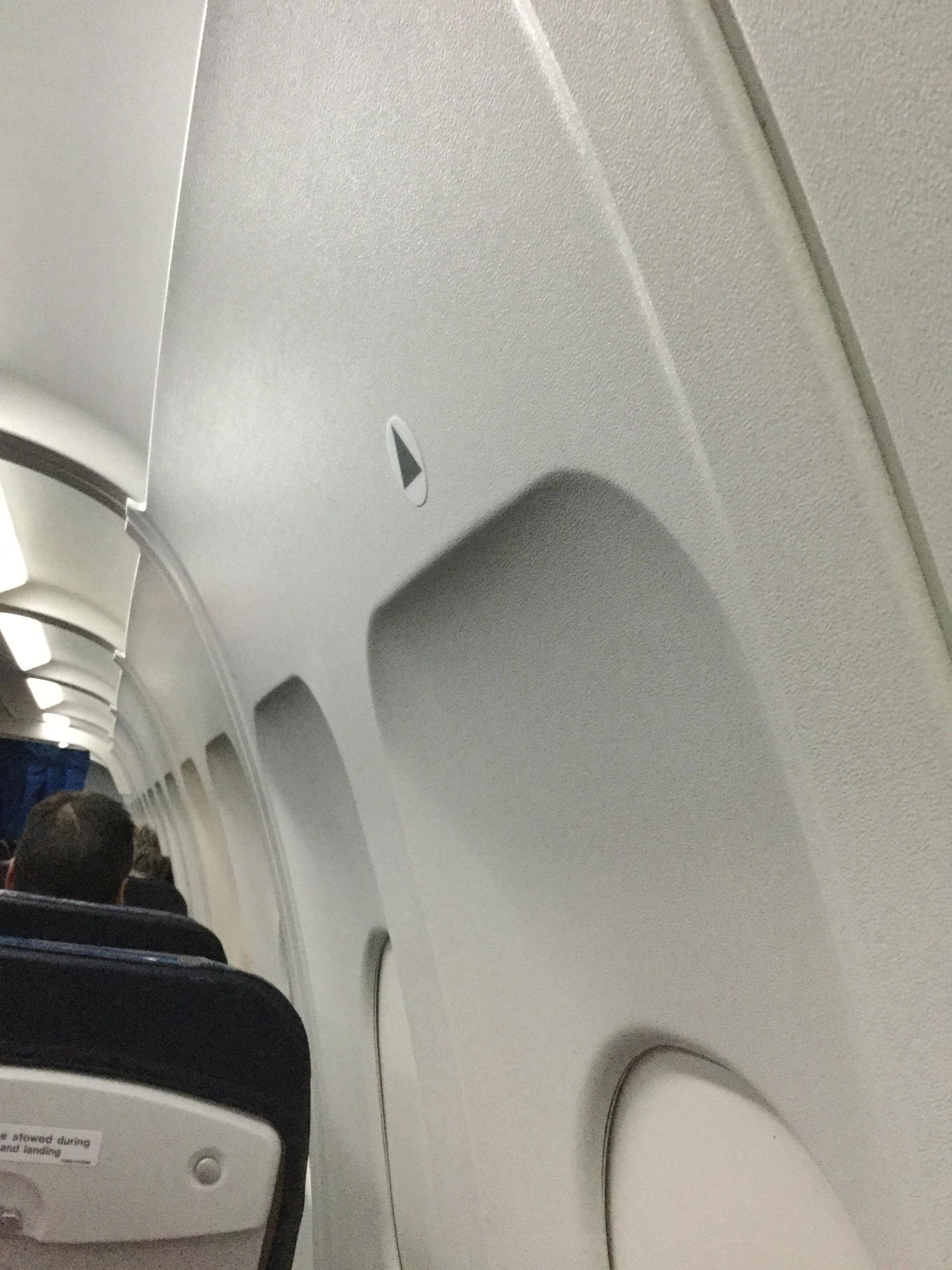 If there is a problem on-board and the crew is unsure about the condition of the aircraft, the triangle indicates what window should be used to inspect flaps, slats or engines or look out for icing.

This saves important time in case of an emergency, as the crew doesn't has to search the right window to look out.

For example if there is a failure of the flaps condition display, it has to be verified visually that the flaps are extended properly. From the window with the triangle, this can be seen: 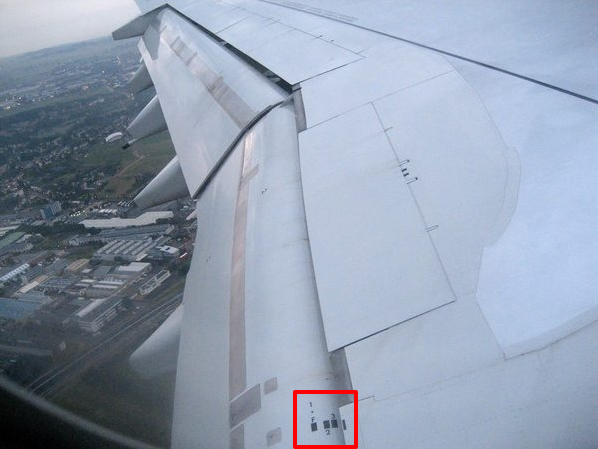 There are usually four of these triangles in the cabin. One to inspect the forward of the wing for icing, the slats and the engine on each side and one at the back of the wing for the flaps.

I have searched for cabin pictures and found this 360° cabin view by SAS.

The following picture shows the triangle on an Airbus A330 at the front of the wing. You can see a part of the engine through the window. 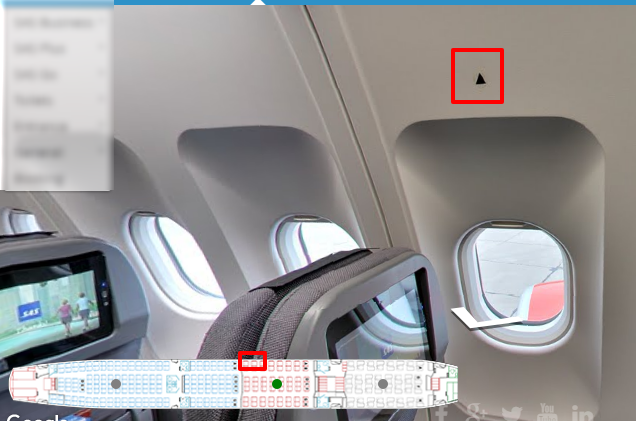 And this picture shows the rear triangle. 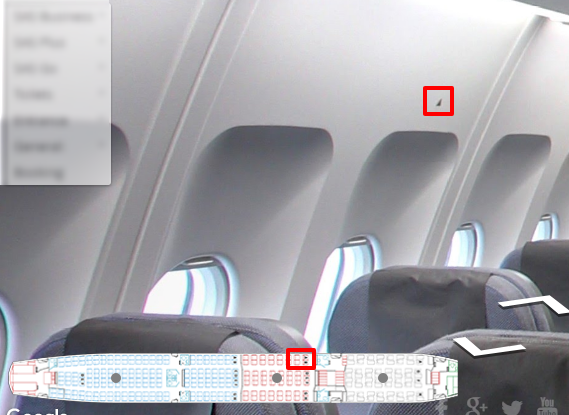 2
Where are the black triangle'd seats?
2
What is the meaning of the triangular markings in the A320 cabin?
6
How can you tell what position the flaps are in whilst on a commercial aircraft?
10
What's this red cabin light indicator inside a Boeing 737?

6
What is this button (pressed during approach) on the Airbus A320?
1
What is the overhead instrument panel (pictured) near the front galley area of an A320?
4
What is this small black rubber strip protruding out of the flap track fairing of the A320?
3
What is this Airbus A320 passager seat part?
31
What are these Lights on the Center Column between Cockpit Windows on the A320?
9
What are the black boots on this Extra 300's prop?
15
What does the "High Alt Landing" guarded push button on the A320 exactly do?
6
What does this black lever next to the overhead panel on the Airbus 320 do?