Was the B727's wing supercritical (even if not so designed)?

The Boeing 727's wing upper surface appears unusually flat, especially at the root (Albeit at an angle). Refer to the images linked below: 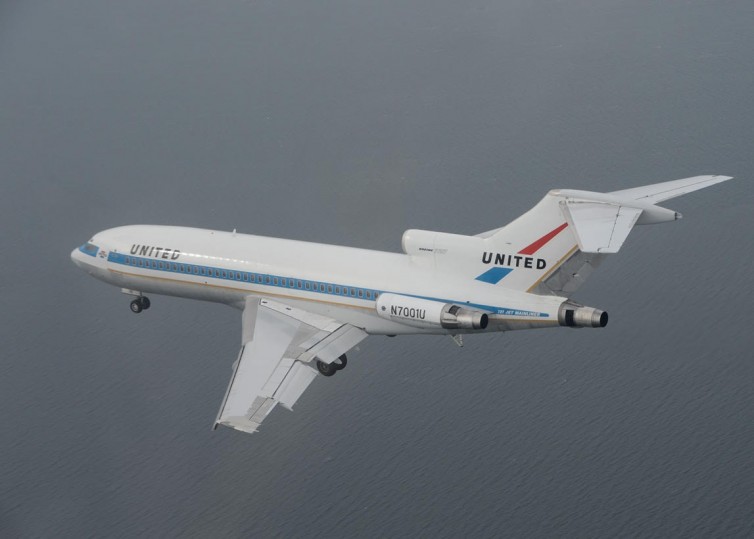 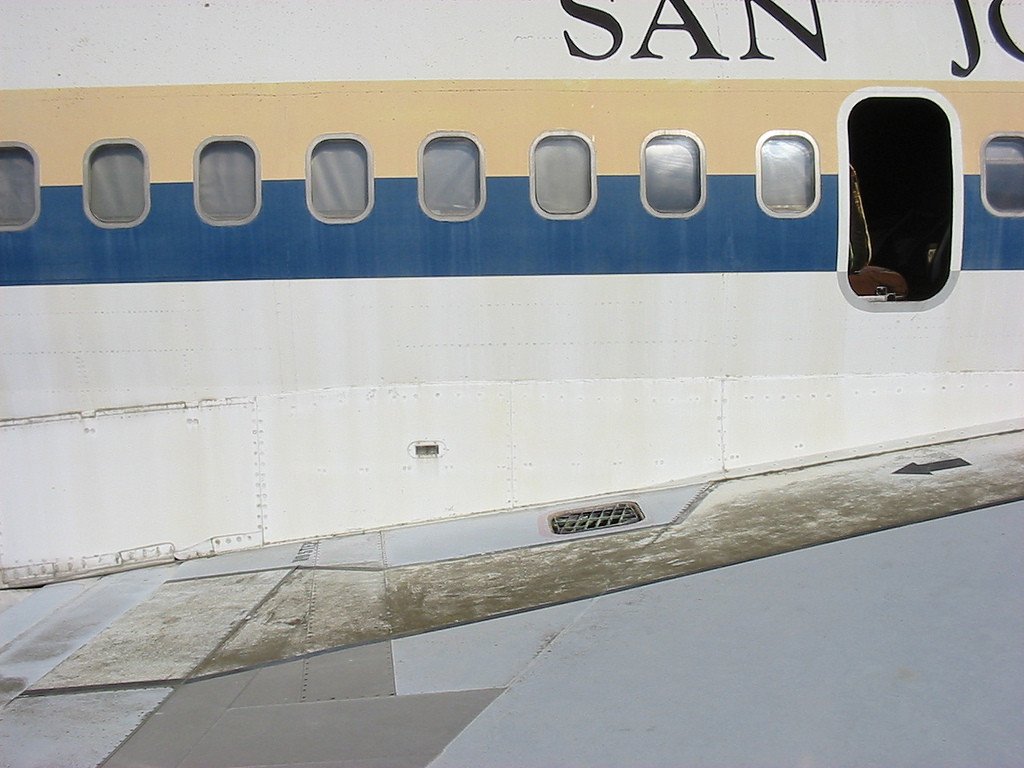 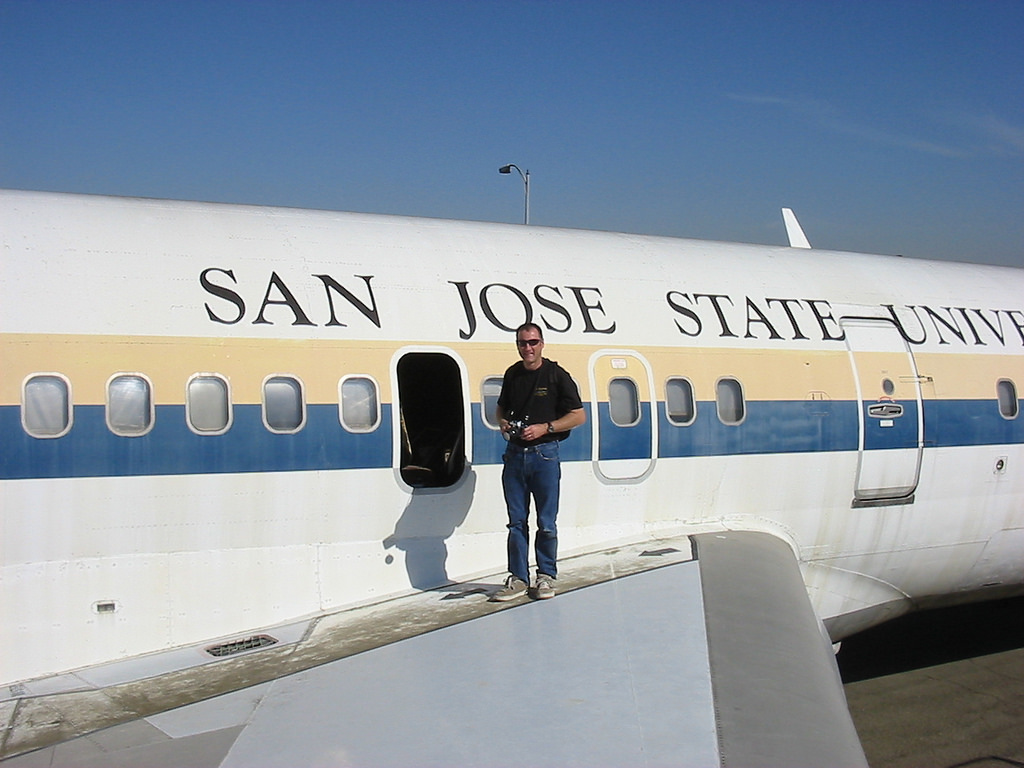 The book references the first research paper on supercritical profiles as T.G. Ayers: Supercritical Aerodynamics Worthwhile Over A Range Of Speeds, published in 1972, nine years after the B727 prototype flew. The profiles depicted in the report seem to be thicker than those of the B727.

The photos in the question focus on the wing root, however the shape of the wing root is not indicative of that of the rest of the wing, but determined by a lot of structural and aerodynamic factors: placing of landing gear, fairings for aerodynamic interference etc. Furthermore, the overwing exit is there and evacuation of passengers should not be too difficult, caused for instance by a bulgy shaped cross section. It would make sense if this bit of the wing was designed mainly with evacuation in mind.

The main advantage of a supercritical wing is that it enables reducing the wing sweep. There was some progress between 707 and 727, because wing sweep was reduced from 35º to 32º on the 727. However, the A320 has a comparable $M_{M0}$ and has wing sweep of 25º. So again without knowing what exact wing profile was used and based on order-of-magnitude checks, it does not look like the 727 had supercritical wing profiles.

The profiles of supercritical wings I've seen are flat on top indeed, and horizontal and thickish and have a characteristic curve at the end. Flatness per se does not indicate that the profile is supercritical, for example NACA 23015 isn't.

The horizontal flat bit on top allows the supersonic area to expand calmly again, but it needs to be horizontal, like indicated in this figure from E. Torenbeek, Synthesis Of Subsonic Airplane Design: 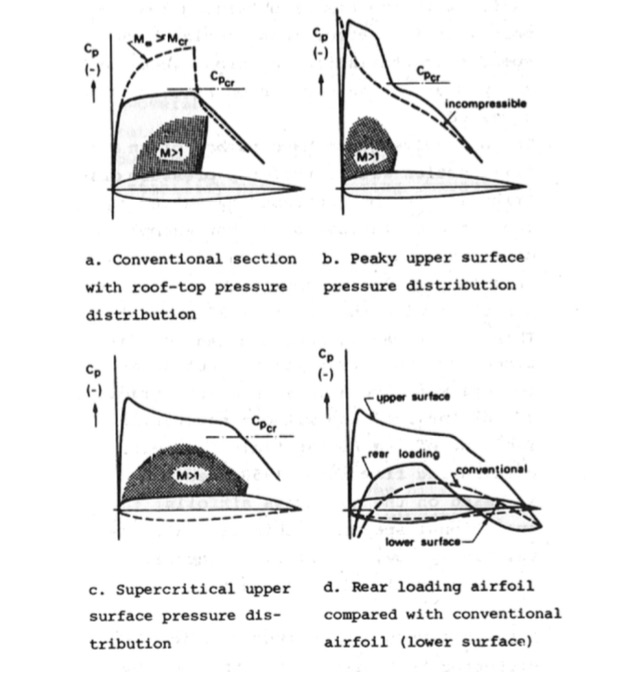 A fascinating film explaining how high subsonic speed was achieved before supercritical rear loading profiles were implemented on aircraft. Discoveries like these are what I love about the Aviation SE site. From this question & answer

The 727 wing is a derivative of the earlier Boeing 720 wing which incorporated the leading edge glove, an added feature ahead of and atop the old airfoil from the fuselage to the inboard engine pylon. Actually that leading edge glove is a copy of the old original wing airfoil instead of designing a new one that would have been more costly. The 727 wing used that extended leading edge idea and incorporated that concept in the wing box structure, which actually creates a double sweepback wing plan form into the wing design directly rather than add it on as it was in the B720 and also on the 707-120B as well. That saves weight also. The inboard leading edge radius actually is tilted up above the reference or wing chord plane and in doing so makes the top of the wing contour more flat as that contour is twisted and becomes flatter than had it been done without that up tilt. The purpose of this up angle is to add lift to that part of the wing which had it not been done otherwise, would lessen the lift in that inboard part of the wing, which had also been done in the glove add-on the 707 and 720 attachment mentioned earlier. Without it, the wing thickness chord ratio would be thinner there at the fuselage and lift would have been compromised as such. With a normally placed leading edge radius on the wing chord plane, the top of the wing would be more rounded. The redesigned wing leading edge radius eventually becomes normal outboard where the double sweep back ends and the wing upper surface becomes more rounded at the wing chord plane.

Not the answer you're looking for? Browse other questions tagged aircraft-design airfoil boeing-727 or ask your own question.

12
Is there any application where the crescent wing would be the best wing planform?

36
Why do passenger jets accept input that will cause the aircraft to perform dangerous maneuvers it was not designed for?
2
Was the 737-300's wing an early supercritical wing?
10
What are the effects of adding winglets to an aircraft not designed with winglets originally?
7
What are the disadvantages (if any) of using a supercritical airfoil?
5
What was the first aircraft designed with a plug-system fuselage, and why?
1
What was the Airfoil of Handley Page P.115?
2
How can a Cessna cut the wing of a Boeing?
5
Why was the B-52's wet wing more susceptible to fatigue than its dry wing, and not less?
25
Why are no recent small aircraft designed to be “characteristically incapable of spinning” as the Ercoupe was?
0
How much aluminum was used in the Boeing 727?