Are there common standards for aviation graphical user interfaces?

I'm searching for graphical user interface in aviation guidelines. Yet I miss the correct terms and I don't really know where to start. 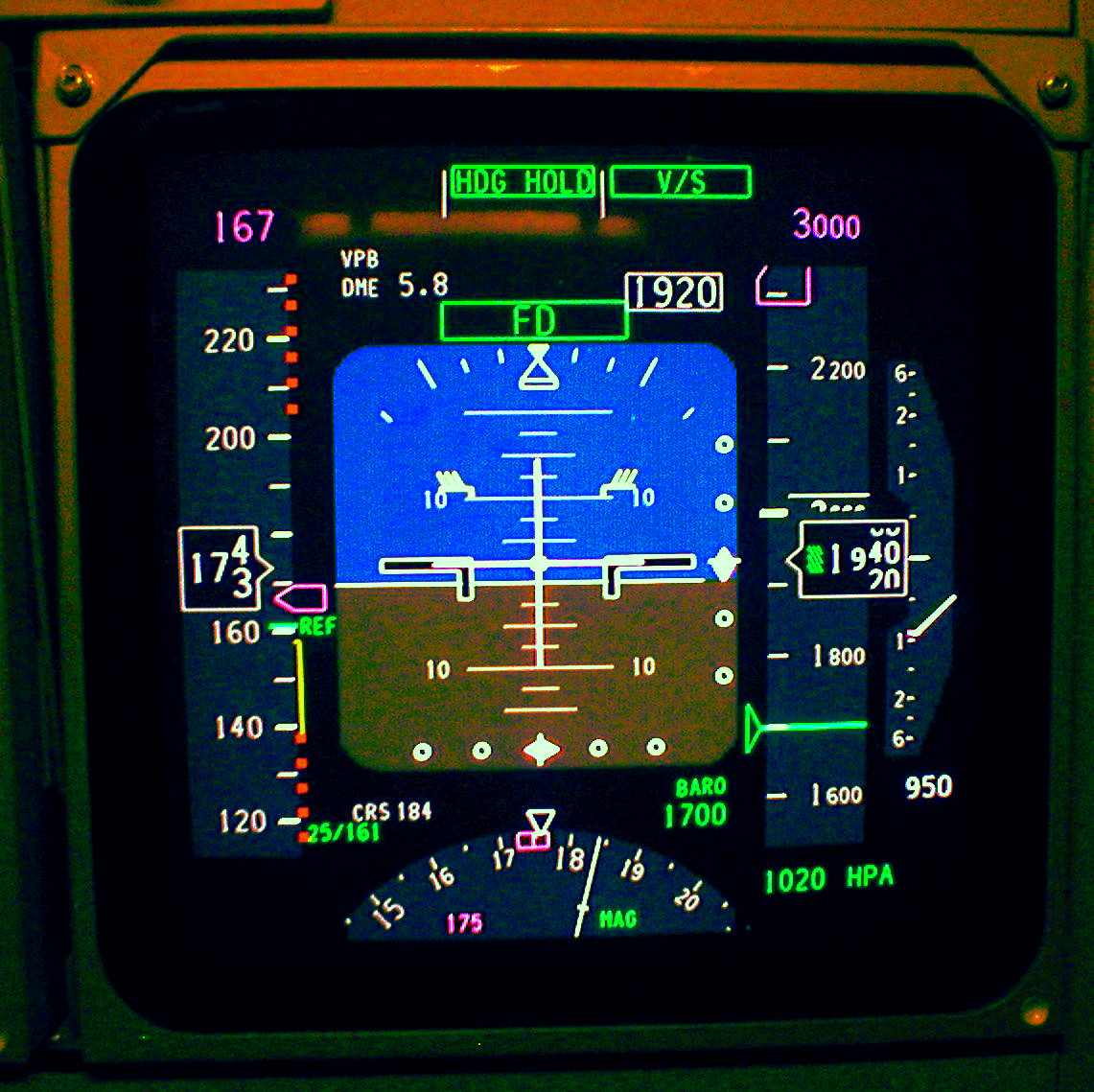 I guess that's a bit of a naive question but I gotta start somewhere.

A bit more Background: I'm a graphic designer. I have to create a web-interface for a national air rescue service. They want the look and feel to be as aviation specific as possible. The web app won't be used in the airplane itself so it is not regulated and it provides non-critical services.

One thing is that the interface should look cool and "techy". But on the other hand I don't want to use colors or layouts which are either very regulated or have a highly specific meaning.

I think your best bet might be going through the Instrument Flying Handbook [PDF, Large!] by the Federal Aviation Administration. It has plenty of nice graphics, if you're fine with a lot of other irrelevant stuff in the document. There's also the Chapter 8, Instruments, of the FAA Pilot Flying Handbook [PDF], which is a bit more compact. 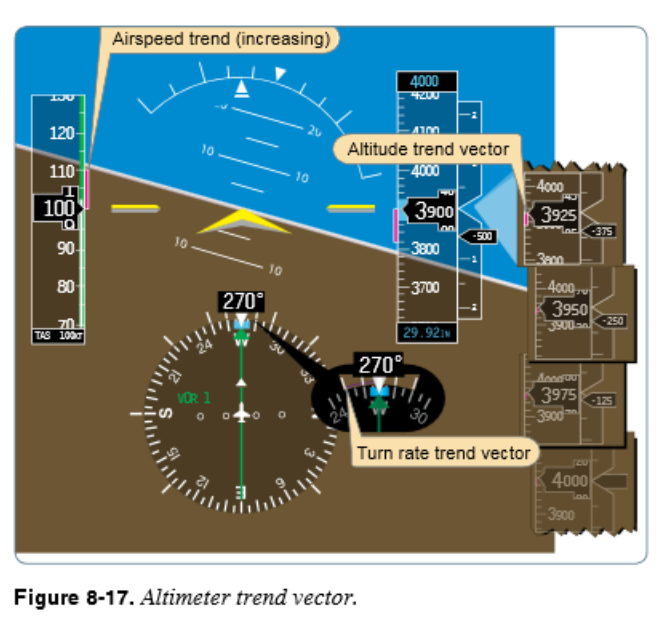 I'm not sure there are any exact specifications how these things have to look. I suspect the minimum requirements are given in the certification specifications, and how they are then presented may be up to the manufacturer.

The applicant must install flight, navigation, surveillance, and powerplant installation controls and displays so that a qualified flight crew can monitor and perform defined tasks associated with the intended functions of systems and equipment. The system and equipment design must minimise flight crew errors, which could result in additional hazards

I'd interpret "minimise flight crew errors" to not do anything overly ambitious with the instruments that deviate from the norm, i.e. what everybody else is doing.

Each aeroplane must display in a conspicuous manner any placard and instrument marking necessary for operation.

It does happen that this stuff can be different- while the military is generally more flexible, the U-2 reconnaissance aircraft has a speed indicator that goes the opposite direction.

There are no regulations on what color something has to have as far as I know, but of course, a good color usage is a key part of every good and modern avionic.

That's just some terms you can research further on. There are usually thousands of pages about those systems available. Of course also a lot on the color codes.

It is actually. There are of course differences but only small. Compare a Boeing PFD and an Airbus PFD. They will look the same at the first look. And also in other EFIS like the Garmin G1000.

Some things about color used in the ECAM (Airbus):

Or about the EFIS:

Traditional instruments have long used color, but lack the ability to change a color to indicate some change in condition. The electronic display technology of EFIS has no such restriction and uses color widely. For example, as an aircraft approaches the glide slope, a blue caption can indicate glide slope is armed, and capture might change the color to green. Typical EFIS systems color code the navigation needles to reflect the type of navigation. Green needles indicate ground based navigation, such as VORs, Localizers and ILS systems. Magenta needles indicate GPS navigation.

That means you are free to use any color you want, but of course it's good practice to use the standards. And as graphics designer, I'm sure you know the mean of the different colors.

This is the way normal people in everyday-applications are used to understand color. In avionics, this is similar, however some colors are indeed used consistent across the industry and are reserved for specific events. More below: 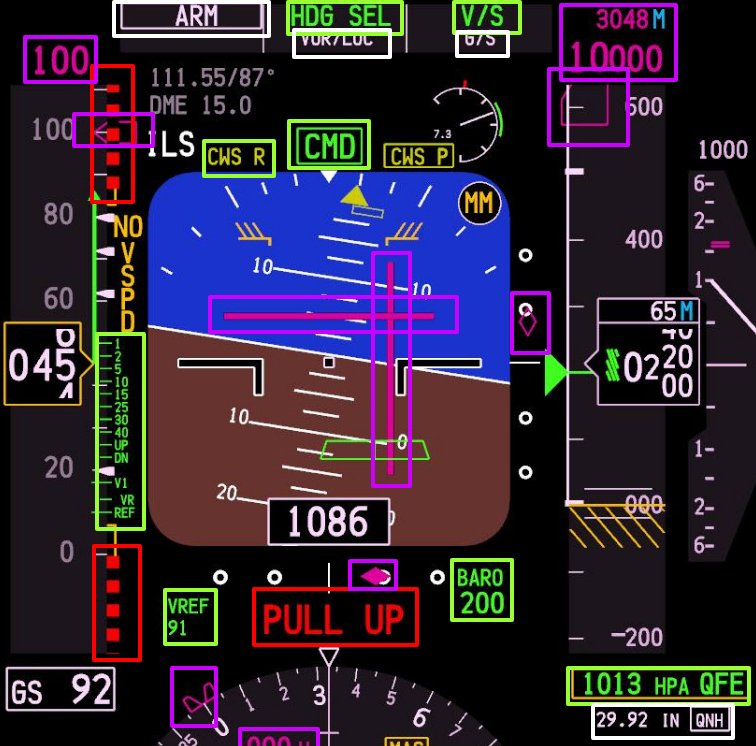 I found this Boeing PFD with like everything displayed that can be displayed on a PFD. This shows the color codes used perfectly. I marked all different elements in a specific color:

NOTE: Magenta is also used on navigational displays (maps and CDIs) to indicate a GPS-route, whilst green is used for things like VOR and ILS.

One thing is that the interface should look cool and "techy". But on the other hand I don't want to use colors or layouts which are either very regulated or have a highly specific meaning.

I don't know what your web-interface will be for, how critical the information is and by whom it will be used. However, because you want to let it look like an avionic I assume it will be made for pilots. As you said it's a rescue service, what looks time-critical for me. I would recommend a dark design, as every avionic with bright, saturated, well-chosen colors, to emphasize important parts. Combined with a modern monospace font, it is going to look terrific. (Interface designer is such a cool job :) ) 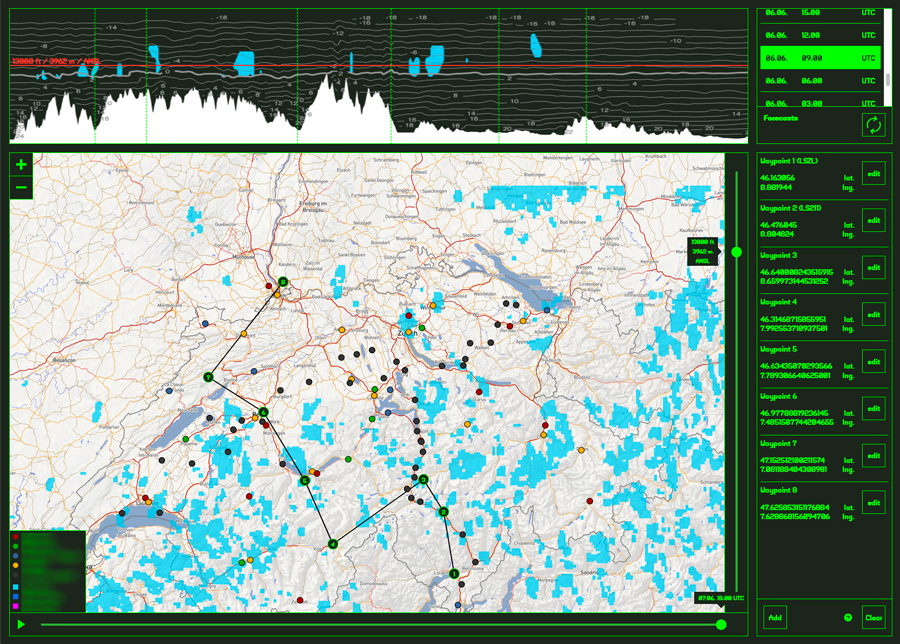 Alright so this is the thing.

This is a tool to see the amount of icing concentration on your route. The main idea is to circumvent those conditions mainly due to decrease maintenance cost (at least that's what I understood).

The whole thing runs on the ipad an is used on flight briefings.

Voilà. Now you know what a interface designer does ;)

Not the answer you're looking for? Browse other questions tagged avionics glass-cockpit or ask your own question.

31
Why does the speed tape on the Lockheed U-2 go the opposite way?

4
Are there aircraft exemptions for CPDLC in the NAT area?
3
Where can I find the standards for airborne systems software design? Is there a central repository for this information?
7
What connector standard is used for aviation headsets?
6
Are there general accuracy requirements for aircraft power supplies?
6
Why are general aviation avionics so expensive?
2
Are there regulations for unmanned aerial systems avionics?
0
What options are there to learning IFR flying on Garmin's G1000 (Cirrus Perspective)?
11
Are there any standards on the dimensions of PFD symbols?
2
What are the standards on displaying Crew Awareness Messages?