Why do aircraft take this strange route into JFK?

Looking at FlightRadar24, I see there is a long line of aircraft heading into JFK, but that they seem to all be starting to head straight at it from over Pennsylvania (as can be seen in the image below, and at https://flightaware.com/live/flight/JBU1042/history/20170621/2301Z/KSAV/KJFK. 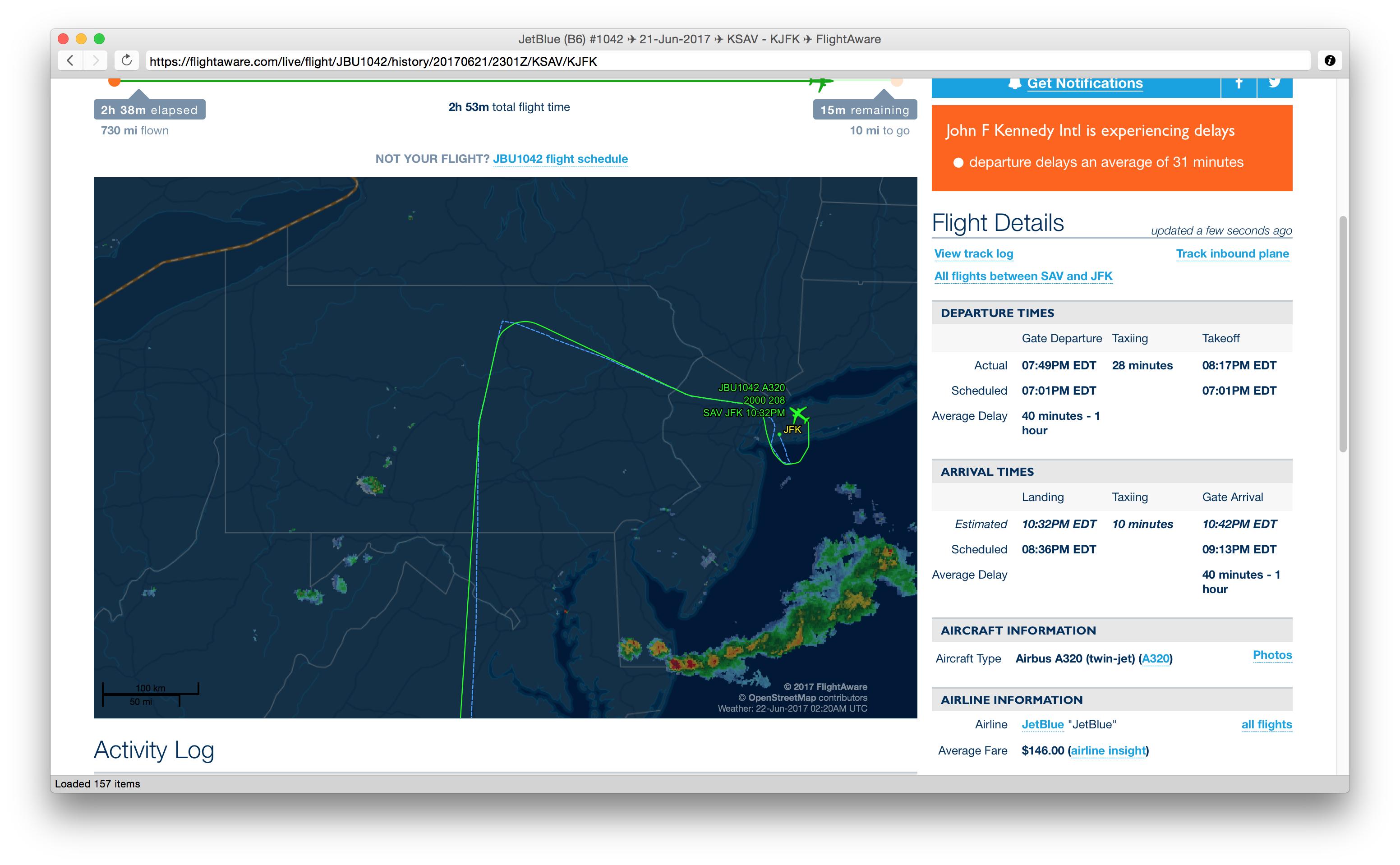 It's not just JBU1042, though (which looks like it's circling too?). A bunch of aircraft seem to be doing this. And not just ones coming from the western U.S. Many are coming from the south too. 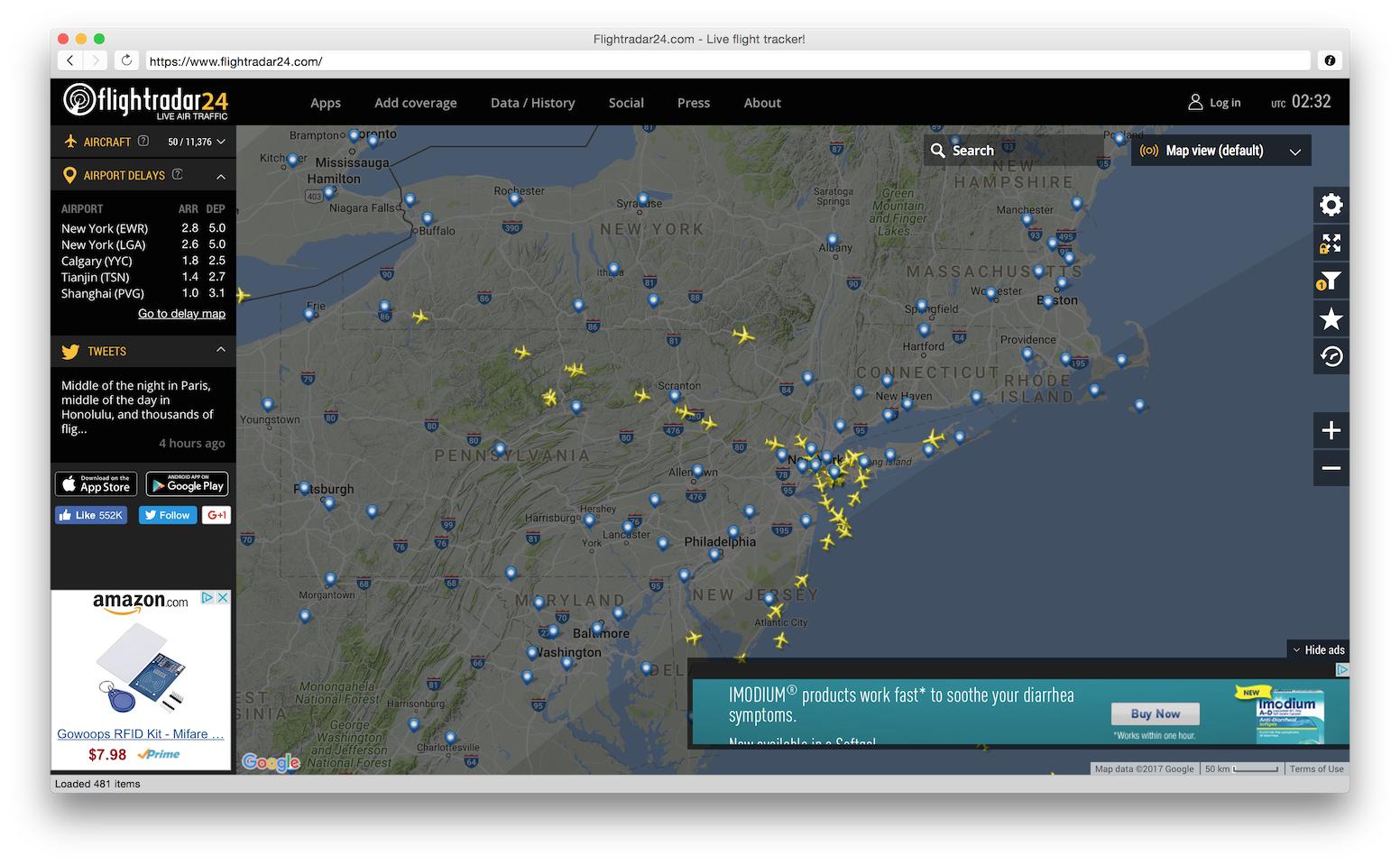 It doesn't appear that way when I plug the route that FlightAware displays into something like SkyVector.

Originally, the flight was planned to use the CAMRN4 STAR coming in from SIE VOR south-southwest of KJFK. However, there is a strong band of storms just south of that VOR on the FlightAware map, blocking that route. So, the flight got a reroute to pick up the LENDY6 STAR instead, getting vectored northwesterly to around FQM (Williamsport) VOR first and then back onto the course to pick up the STAR in order to provide sufficient space to descend to FL230 by JENNO.

Not the answer you're looking for? Browse other questions tagged instrument-procedures flight-path or ask your own question.

21
What is the reason for this route while flying from USA over Cuba?
6
Why has flight UA106 such a strange predicted flight path?
20
Why did this aircraft fly in this pattern over Southern Italy?
2
Why is “NoPT” indicated on this KYKM approach?
10
Why might this trans-pacific flight not follow a more direct route?
0
Why does JBU1825 from Ft. Lauderdale to Lima show a large zig-zag in the route?
3
Why is this Instrument Approach NA for certain radials, yet it depicts a feeder route for those radials?