Why doesn't the plane accelerate/move forward when it's at rest, if the propeller is spinning?

I'm having difficulty seeing the difference between a stationary plane and a moving one.

I'm trying to understand what the propeller is doing in each of these stages: rest, taxi, take-off, and cruise - as well as how the plane is pushed forward with thrust, if it can just sit there and not move with the prop spinning away.

My question(s): what's happening with the engine, throttle, and propeller that provides the thrust, and/or forward momentum? Does the plane stay stationary when you turn the engine on because there isn't enough RPM to draw it forward, or will it automatically pull forward and the brakes are just being held on? Does the plane accelerate in proportion to the prop RPM? What's different with the prop when stationary, compared to when it's taxiing or taking off?

When you start the engine in the c172, the blades on the prop are spinning - but the plane doesn't move at all.

When the propellor is idling its obviously moving air, this you can see, feel, and hear, however its simply not spinning fast enough to provide enough thrust to overcome the force of the plane sitting on the ground. Basically this is comprised of friction air resistance as well as some limited brake pressure that is usually applied. With fresh bearings, on level ground an idling prop may very well pull a plane forward. For the record it is a matter of certification that the brakes on an aircraft can hold it in place at full throttle. It also takes a bit more force to get a plane rolling than it does to keep it rolling. You need to break static friction to get rolling but then only provide enough power to overcome kinetic friction. 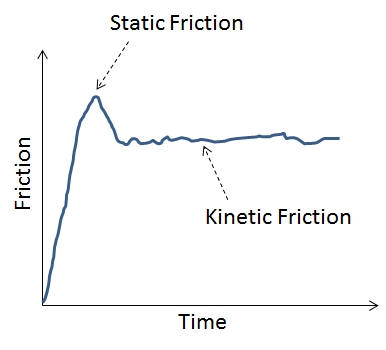 When taxiing out, it feels like the forward motion is being provided by the wheels - like in a car.

The first time you are in small plane you associate it with a car. You equate that feeling with a car and thus you think intuitively that the tires are pushing you. In a car you could not be able to tell the difference between a front wheel drive and real wheel drive setup the idea is the same here.

When taking off, you can audibly hear the change with the throttle increases.

I don't think there is a question here.

In cruise, the plane almost looks the same from the inside as when it's on the ground (i.e. prop spinning). Which is where the weird psychological block is for me - the plane feels stationary even though the horizon/backdrop is moving towards you, and i get that fear kick in that it could drop because there's not enough momentum.

The plane feels stationary because you are in unaccelerated straight and level flight. In other words the forces are balanced about the aircraft. You feel nothing because there is nothing to feel ("feeling" is really another word for acceleration). This is different than a car, our road system lends its self to speeding up/slowing down often and unless you are on a very straight highway at night when its empty its less likely you are in unaccelerated movement in a car. The twits and turns of the road and the constant passing and slowing down of cars leads to a "feeling" of movement.

1) If you don't have the brakes set, chocks on the wheels, or a rough surface, the plane will move. Just ask anyone (me, for instance) who's had to hand-prop a plane by themself :-)

2) It may feel like that to you, but your perception is wrong.

3) Yes, the engine & prop noise changes, because you are applying more power, which makes the engine and prop turn faster. Ever played with a bullroarer as a kid?

4) I'm not sure what you're asking here. If it's about the appearnce of the prop, that's down to the human flicker fusion rate. Basically you can't perceive anything that happens more than about 25 times a second - it all just fuses together. So just as you can watch movies without seeing that there are individual frames, you can't see the prop blades turning, just a blur.

If you're asking why the plane seems almost stationary at altitude, that's because your reference points are far away. Just as in a car, the distant hills seem almost stationary while the dotted white lines of lane markers blur together. Or as a practical experiment, find a little-used runway and fly down it a few feet off the ground. (Also good to learn heading corrections in crosswinds &c.)

I'm having difficulty seeing the difference between a stationary plane and a moving one.

There is no absolute concept motion. Motion is always relative. Whether something is steady or moving depends purely on your choice of reference. And since this is still the same situation, it follows you can't actually feel motion.

Note that at this very moment, you are rotating with Earth at up to 465 m/s (depending on your latitude; where I am it is still about 300 m/s), orbiting the Sun at 29.8 km/s and orbiting the centre of the galaxy at whoping 220 km/s. Can you feel any of that motions? And how much difference does 240 m/s (reasonable speed for a cruising jet) make compared to that?

The propeller is spinning, and providing some force, but this force is balanced by the wheel friction, and usually the brake friction. Since all forces are in balance, the aircraft is not accelerating and remains steady.

Motion is not a thing that could be provided. Force can.

The force to get the plane moving, and to balance the friction so it does not stop, is provided by the propeller. However, the wheels do provide one thing: vibrations.

The ground is never perfectly smooth, so anything rolling on it, be it a car, train or taxiing aircraft, bounces around a bit. Now bouncing is acceleration, and unlike motion, there is an absolute notion of acceleration and it can be felt. And from your experience with cars, you learned to associate the vibration of rolling with motion.

The propeller spins faster and accelerates the air to faster speed, so the sound increases.

The increase in power is so that the plane accelerates to the point where it is fast enough relative to air to be able to take off.

Air does not have the same kind of small bumps ground does. When it's calm, it is much smoother. And while turbulent air may bounce you around a lot, the characteristic is quite different, so you don't get that feeling you associate with motion.

That, combined with the lack of nearby visual references to judge your speed from, means that you don't feel like moving.

Not the answer you're looking for? Browse other questions tagged propeller student-pilot throttle or ask your own question.