What is the reasoning behind Kamov twin-rudder design?

Several helicopters, namely the Ka-226, the Ka-25, and the Ka-27, have twin vertical stabilizers that are canted inwards at an angle of about 15 degrees, similar to the feathers on a shuttlecock.

The stated purpose of this design is to increase directional stability during auto-rotation, but I cannot find any information as to why the inwards angle is used in general, and more specifically, why it seems only these models of helicopter need them.

My best guess is that much like the shuttlecock, when in straight flight, both stabilizers will have a positive Angle of attack and will be generating inwards lift, which is a more stable condition for low forward speeds. 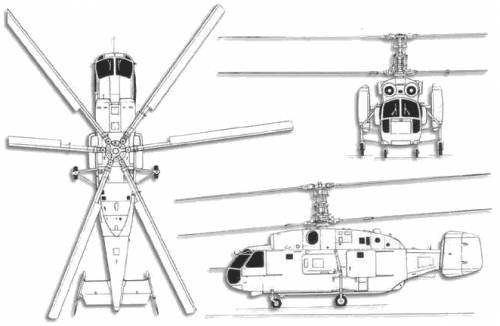 It's kind of a hard one. It looks like in this helicopter directional stability is a challenge because:

An aerodynamic surface is most effective around zero angle of attack of the air stream - slipstream angle $ \beta $ in this case. Most profiles stall at angles around 15 degrees, and are therefore most effective at -15º < $ \beta $ < 15º. 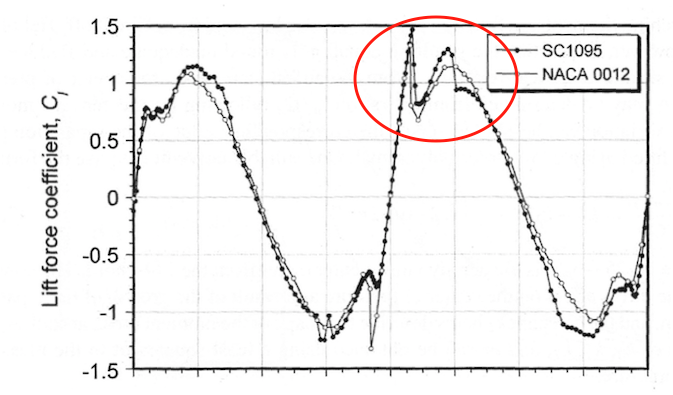 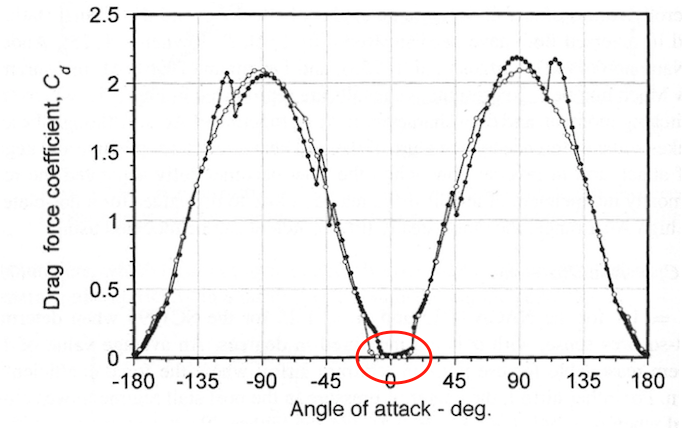 The two images above are from Principles of Helicopter Aerodynamics by J. Gordon Leishman Figure 7.51. They show the coefficients over a full range of 360 degree, and we can see that:

So with the above in mind, what it looks like to me is that due to the short tail arm the vertical surfaces must deal with helicopter slipstream angles > 15º. By canting them inwards, one surface operates in the effective $C_L$ range, and the other surface operates outside the $C_D$ deadband, in doing so channeling the drag forces into a stabilising moment. And as @PeterKāmpf mentions in a comment, the high-drag rudder has a high moment arm, which makes it more effective.

6
Why can't planes use only flaps in the tail section instead of stabilizers?
1
What are the advantages of dual counter-rotating rotors vs coaxial rotors?

22
What are the advantages of twin-fuselage aircraft?
7
What happens after a rudder hardover?
26
What is the reasoning behind using depleted uranium as counterweights in the 747?
14
What's the reasoning for safety wire on aircraft, and the reasoning behind the way it's routed?
2
Is there a disadvantage to the "fan in fin" design seen for the tailrotor on many Eurocopter helicopters?
7
Twin engine helicopters: is the throttle controlled separately for each engine or together?
5
What is the purpose of attaching a flat plate to the rudder trailing edge?
5
Why does lift decrease and drag increase when approaching the stall condition?
5
Why does static directional stability decrease with altitude?