Where can I get airport diagrams of non-towered airports?

I'm trying to find a couple of airport diagrams for right now: X26 and X59.

Neither of them are listed in the Chart Supplement or on the FAA site. All I could get were those shabby diagrams presented by Airnav and Skyvector and sorts, and Google Earth images, both of which are not current. (The runway numbers are different from what are actually designated (painted) and used.)

Plus, what the heck is the order of those airport diagrams listed in the Chart Supplement?! I couldn't find any rules.

Many non-towered airports have diagrams in the Chart Supplement, and there is an airport diagram for X26 but not for X59. The difference appears to be that X26 has instrument approaches but X59 doesn't. It looks to me like the airport diagrams are considered part of the terminal procedures.

But I have to say that the FAA is as clear as mud on this. The airport diagrams legend says:

But obviously that's completely wrong, because a) many non-towered airport diagrams are in there, and b) the A/FD doesn't exist any more.

By inspection, it looks to me like airports without an instrument approach have no airport diagram (X59, X25, 2RR) and ones with an approach do have one (X26, X07, AVO). But I only spent a few minutes looking, so I may well be completely wrong on this.

As for your question about the order of diagrams, the legend says:

Diagrams will be listed alphabetically by associated city and airport name

Try contacting the airport manager at those airports for this or more info:

ForeFlight makes a basic airport diagram for X26 and for X59. 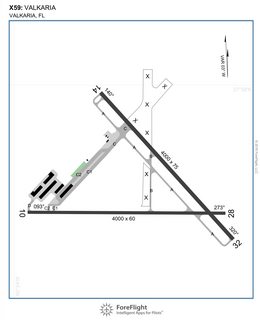 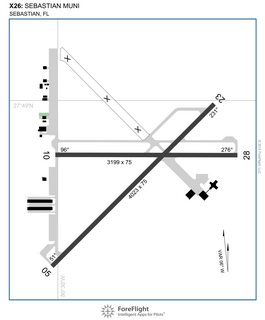 For U.S. airports, consider using the AOPA Airport Directory. It's searchable by anyone without charge. I just checked, searching using X26 as the input string and then X59, and it has airport diagrams for both.

Not the answer you're looking for? Browse other questions tagged usa aeronautical-charts non-towered-airport chart-supplement or ask your own question.