How does the flyboard air get sufficient lift/thrust with such small form factor?

How does the flyboard air get so much thrust when it can't have more than an 6" disc area (if that) on each of its four lift engines?

Shouldn't this limit the thrust such small rotors can create without the tips exceeding mach (and causing all the associated problems with that)?

How much thrust could each of these really be generating? I'm assuming their ducted fans, but still shouldn't be enough, should it?

It's also clearly not ground effect as it reaches heights well above where that would be relevant (claimed height of 1000 feet, though the videos tend to show only up to around 50-75ft). 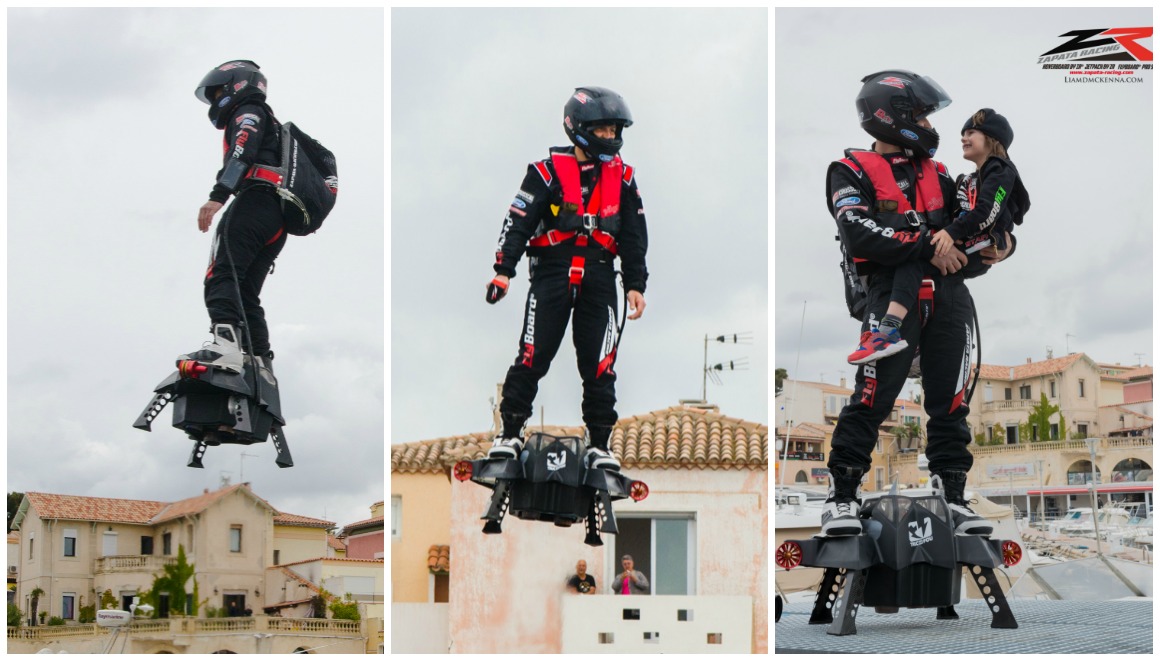 Browse other questions tagged hover or ask your own question.

9
Does the ARCA hoverboard violate known limits on small-diameter electric fans?
4
Why does the Zapata Flyboard Air UL consume so much more fuel/hr than the Mosquito Air?