Is an Airbus A319 allowed to fly with a missing flap track fairing?

During a recent flight from Copenhagen to Milan in an Airbus A319, one of the flap track fairings were missing from the wing. I saw this during takeoff, and notified a flight attendent as soon as the "seatbelts on" sign was turned off. 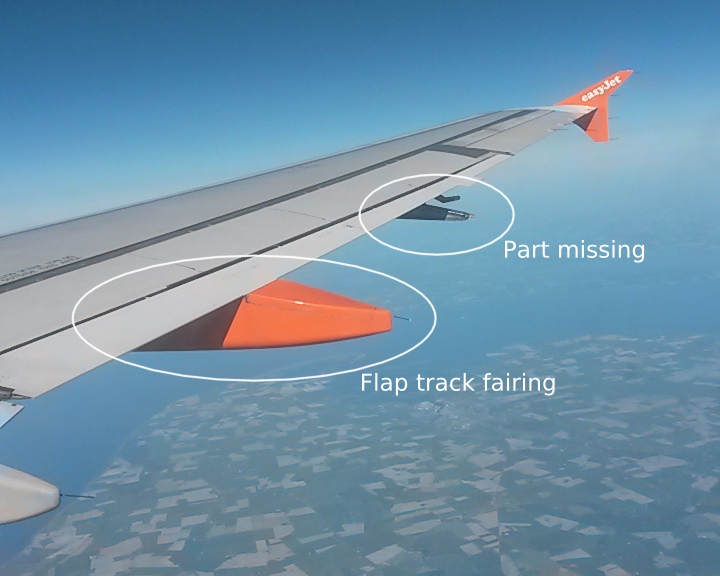 She seemed slightly surprised and went to the cockpit (supposedly to tell the pilot). After some minutes she returned and told me that it was fine, the captain had seen it during inspection and it was noted in the log

Is it normal procedure to take off with knowledge of missing flap track fairings? What are the consequences of one missing?

Fully permitted according to this Configuration Deviation List for the A320:

One fairing may be partly or completely missing. 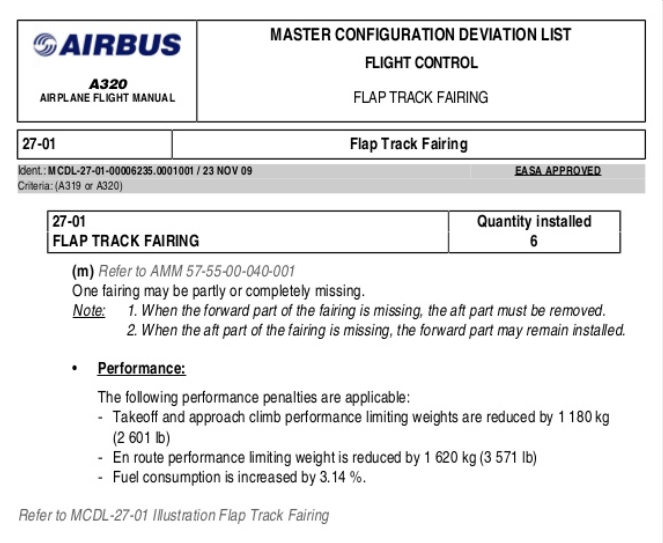 There are more posts about this occurring. As Noah Krasser points out, it looks fairly dodgy to observant passengers. This is the "Master" list, i.e. the safe and approved baseline. Some airlines may have changes in their own internal documents not to dispatch aircraft in this condition at all.

The flap track fairings are not obligatory for safe operation of an aircraft.

I found a post on Airliners.net, regarding a B757:

Straight out of the MEL/CDL manual for the 757, The item falls under CDL 27-51-1 which states there are 6 installed [Flap Track Fairings, Remark] on the aircraft and up to one per side may be missing. No fuel burn penality but there are a few small weight penalities, no speed penality. Our A-300's with the same CDL item does have a 1% fuel burn penality and only one can be missing out of the 10 installed. I see this item come up 3 or 4 times a year, no biggie.

However, some Newspapers overact such things a little. It's about the loss of a flap track fairing on a 737 by the dailymail.

Lorenzo Hernadez Jnr took to Facebook to speak of what he described as his 'near death experience.'

'I heard a few people to the side of me scream to the aircrew, a piece broke and flew off and a panel was hanging.'

He goes on to describe how people were 'praying' as the plane experienced 'the worst turbulence ever.'

Not the answer you're looking for? Browse other questions tagged takeoff airbus-a320 flaps or ask your own question.

5
What makes the loss of a flap track fairing strongly increase fuel consumption on Airbus planes?