What would be the potential thrust of an "electric jet" like Lilium's? 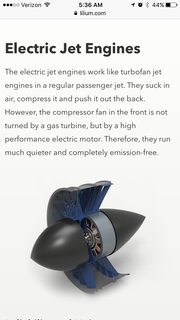 Lilium claims to fly with "electric jets". Throwing out the debate over whether a non-combustion compression of a stream of air is a jet or only a ducted fan, what is the potential thrust each of these could be getting?

Edit: since it's not compressing, what potential lift could the Lilium prototype engines provide, and are there examples of electric engines today that provide compression in a significant way?

Ignoring the stability issue of Lilium as well. Just curious about the ducted fan design they have. Also ignore the problems with it being electric and battery powered please :) 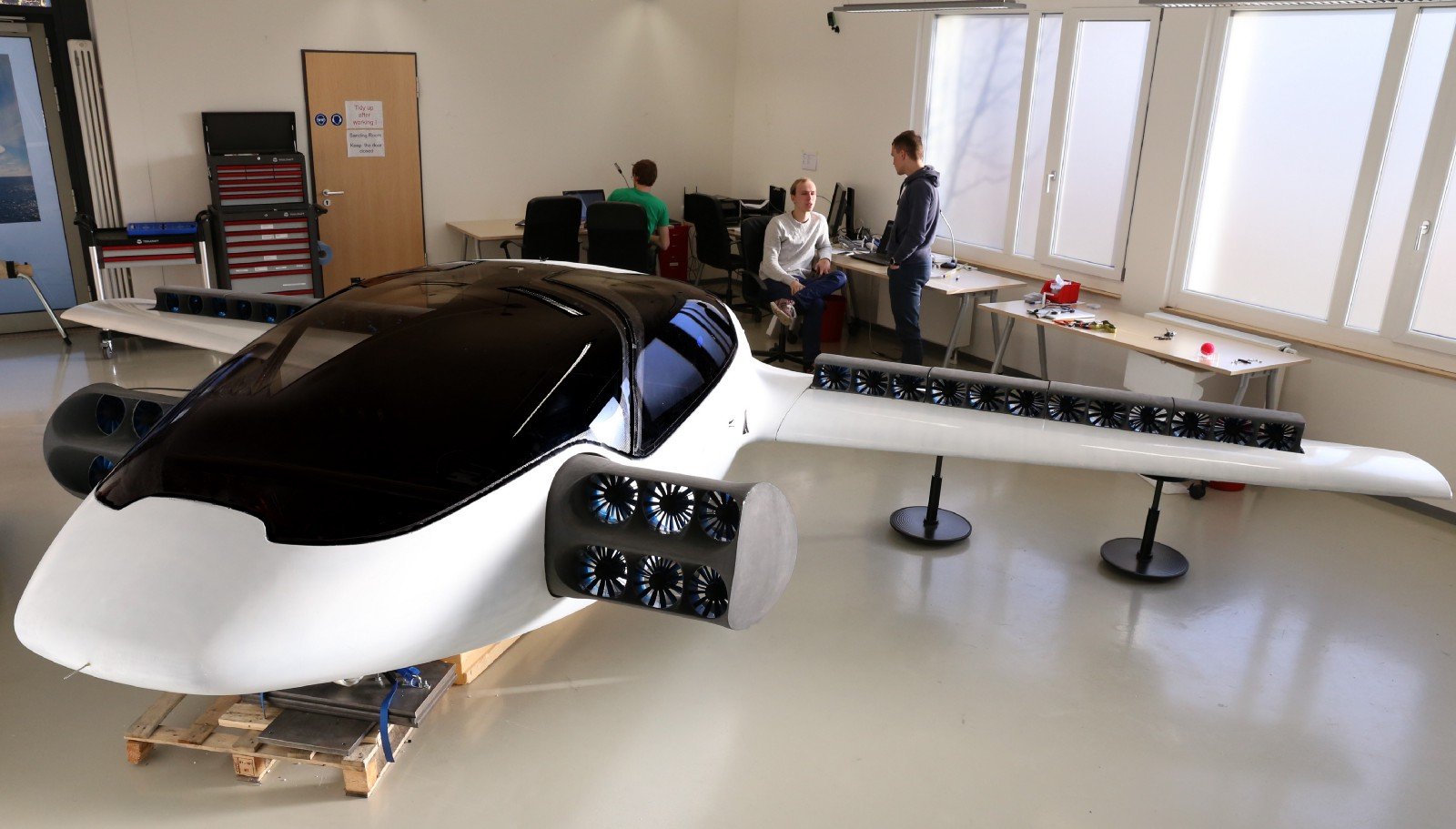 They look like 15 cm fans, thrust of which is competently ROM-ed in this answer.: about 40 to 60 Newton.

Note that the $C_T$ in the equation depends on fan solidity, the higher the number of blades and the wider they are, the more thrust they produce, but also the higher power required. For a given fan power (and battery life) it makes more sense to increase fan diameter and decrease fan solidity.

Lilium's 15 cm thrusters remain THE big mystery in the eVTOL community. Nonetheless, Lilium was successful in attracting another 'few' tens of millions of VC recently. There's a reason why helicopters use wide-diameter rotors. Has to do with the ability to lift, torque and energy efficiency of course. Interesting comparison: 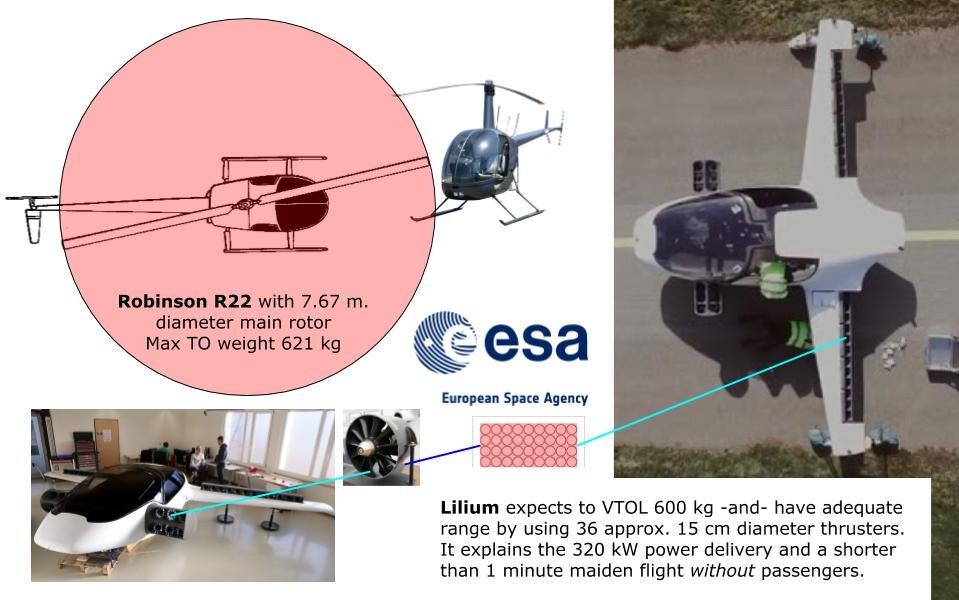 There is a difference between a fan and a compressor: the one provides thrust, the other compression. In a turbofan engine, there are separate sets of blades to do each job.

The Lilium's ducted fan is an example of a wider class of ducted propulsor. They all work the same way, to accelerate air in one direction so that the reaction force pushes the fan or propeller in the other.

If the blade disc were used to provide compression, the device would not be a propulsor but a compressor and would not exit to the free air stream.

Blade aerodynamics being equal, the maximum potential thrust is determined by intake diameter, which is obviously rather small: a single device would power a 3 m (10 ft) span model plane quite nicely.

Stacking up crazy numbers of small fans obviously increases total thrust in proportion, but it is less efficient than a couple of big ones. Integration with the airframe aerodynamics, especially the wing, is critical. It was studied intensively about half a century ago, such as for the Vought ADAM V/STOL jetliner project (illustrated article here). One can at least say that the Lilium configuration is not optimal (there was a question about exactly that a couple of months ago, if anybody can find it).

Not the answer you're looking for? Browse other questions tagged jet electric-engine or ask your own question.

41
Could an electric engine provide the same performance as jet engines on current aircraft?
5
What is the highest possible thrust generated by 15cm ducted fan?

9
What does Elon Musk mean by "electric jet"?
41
Could an electric engine provide the same performance as jet engines on current aircraft?
6
What was the first fighter jet that utilised thrust vectoring nozzles?
0
What is the efficiency of running an electric motor from a gas generator?
4
Is this scheme for a single-fan electric airship with a rocket-like geometry workable?
10
How hard would it be to convert a glider into an powered electric aircraft?
2
How does altitude affect the TAS and thrust of an electric fan powered aircraft?