What type is this aircraft with "inverted" wings?

A friend of mine saw this plane at Tampa Bay International Airport recently: 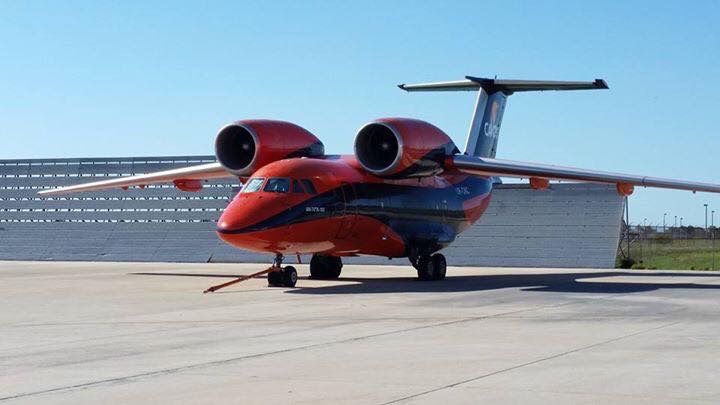 Does anyone know what this plane is, and what its purpose is?

If I am not horribly mistaken, it seems to be an Antonov 72 or 74, that were produced together, hence the similarity.

Another image (not included for copyright reasons) can be found here.

The wikipedia article classifies it as a "transport aircraft". It mentions a VIP transport variant and a maritime patrol one for the An72, several more variants are listed for the An74 version.

Flightradar24 lists only one An72 in the possession of CAVOK Air (thanks to bjelleklang for identifying the livery), registration UR-CKC.

The historical data indicates that this aircraft landed in Tampa on the 24th of May after a stop in St. John's on its way from Reykjavik.

Concerning the anhedral (the name of "negative dihedral") angle, you can find more info here, but we can summarize here that it has more to do with the high wing mount rather than the engine one.

The overwing mount of the engine contributes to reducing the risk of foreign object ingestion on unpaved runways.

The aircraft has been damaged beyond repair in a runway overrun accident occurred on Jul 29th 2017.

Looks like it could be a An-74 from CAVOK Air based on the paint scheme. There appears to be some in non-military ownership, but for this airplane it's difficult to say who owns it due to the low resolution.

36
Why does An-225 have anhedral wings though it is a cargo aircraft?