How does a two-stage supercharger work?

How does a two-stage supercharger like the one found in a Rolls-Royce Merlin work? Does the pilot have any control over it?

Actually yes. A two stage supercharger used a compressor with two or more compression stages, often with an inter cooler between them, driven by a transmission with different gear ratios to control the compressor speed. A schematic of this type of supercharger can be seen here on a Rolls Royce Eagle engine. 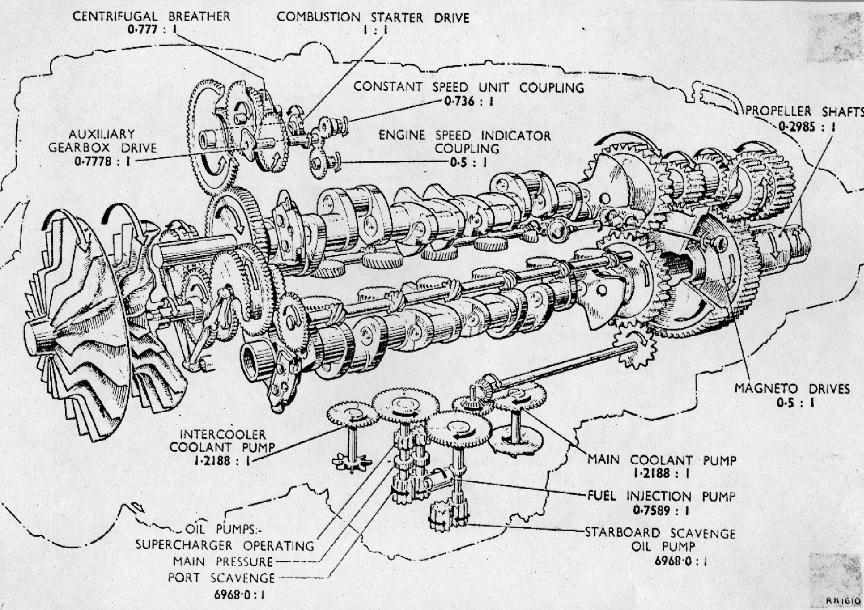 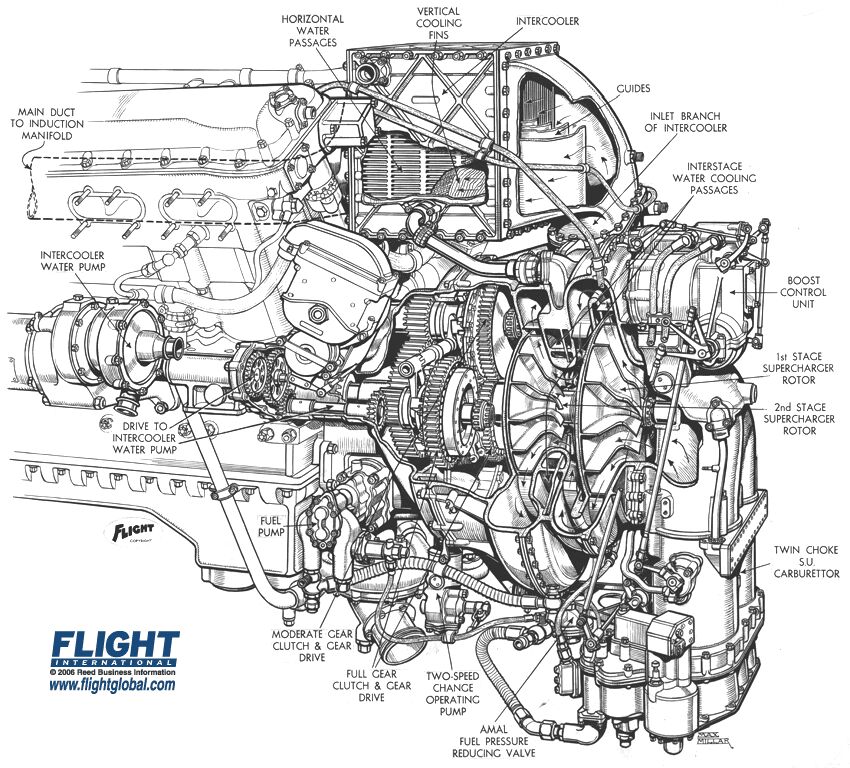 On the Supermarine Spitfires powered by the larger Griffon engines the supercharger speed had both a LO and HIGH setting and could either be manually controlled by the pilot or automatically controlled. The HIGH setting was not recommended at lower altitudes to prevent overboosting during operations there.

3
In high-altitude piston aircraft, what type of forced induction (boost) is used?

11
To a pilot, does turbocharging differ from supercharging?
9
How does aircraft design affect carburetor ice?
13
Why does carburetor icing require manual attention by the pilot?
0
Does the DA-42 automatically lean to clean fouled spark plugs?
15
How does carb heat increase the risk of dirt ingestion?
2
Do two stroke engines for small aircraft suffer from degradation between overhauls?
49
Why are two-stroke engines nearly unheard of in aviation?
1
Where do the compressed gasses of a charged engine goes?
2
In the modern aviation context, is the word "supercharger" generally assumed to mean a gear-driven system rather than an exhaust-driven system?
1
How does engine primer work?