What is the purpose of the glazed round area atop the Ju 87 Stuka G?

I haven't been able to find any pictures of this feature aside from models, nor any reference to what it is.

I'm going to make a complete guess and suggest it's a searchlight for night-fighting to illuminate the underside of bombers. 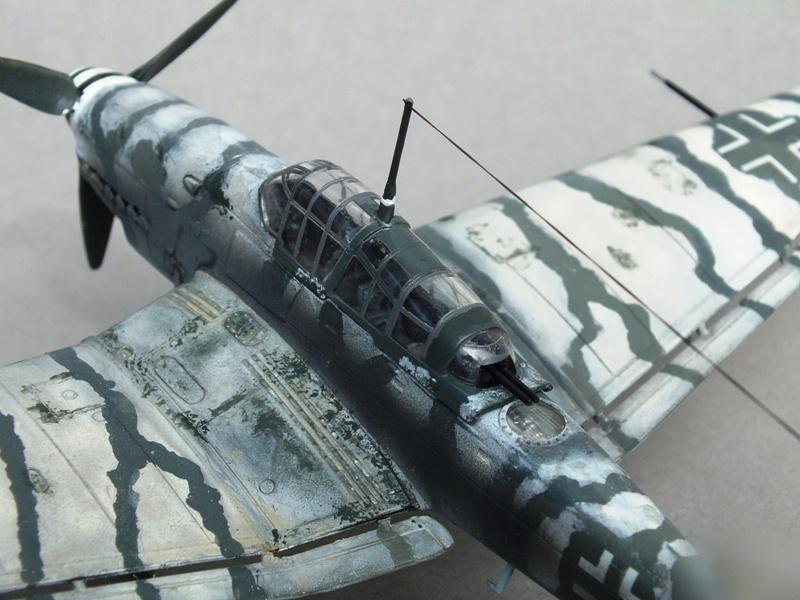 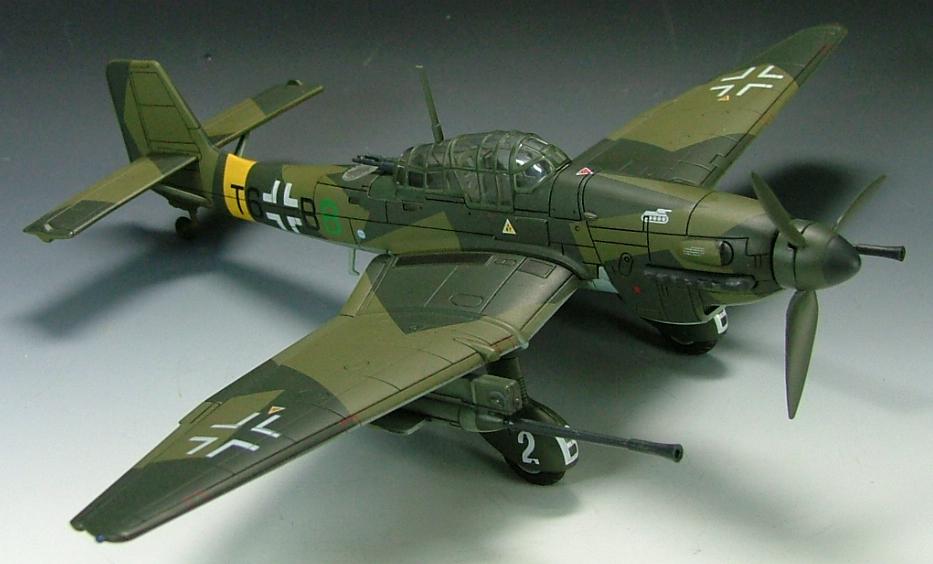 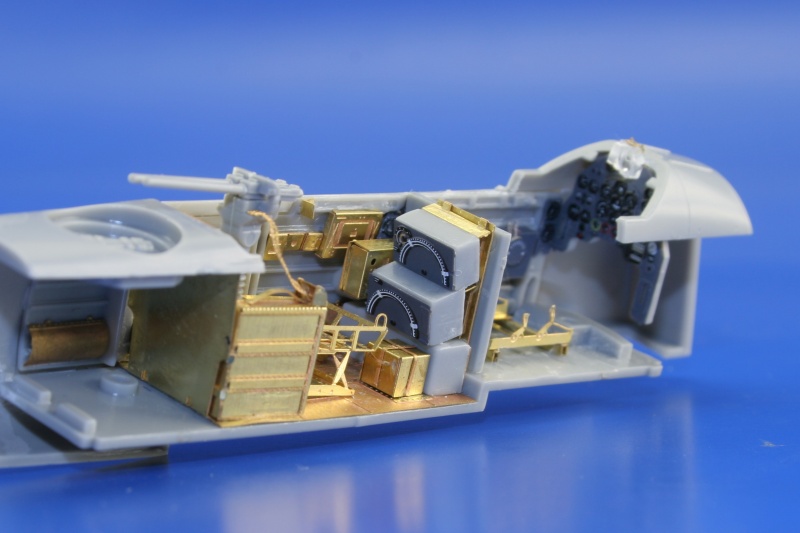 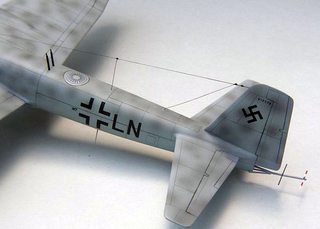 Not just the 87, some Ju 88 models also had it, with no access to it in-flight. As mentioned, it's an antenna. The antenna is part of the EZ6 direction-finding unit.

The glass is not for viewing. It's the construction method to keep the installation as thin as possible. The sense antenna is painted on the glass.

The PRE/6 ferrite antenna for the EZ/6 was extremely flat so that it could be mounted in a 10 cm deep "tub". The lid of the tub was a plexiglass cover with a star shaped sense antenna sprayed on. The plexiglass cover would sit flush with the aircraft skin so that there would be no air resistance from the antenna (unlike the earlier loops used with the EZ 2). (Source) 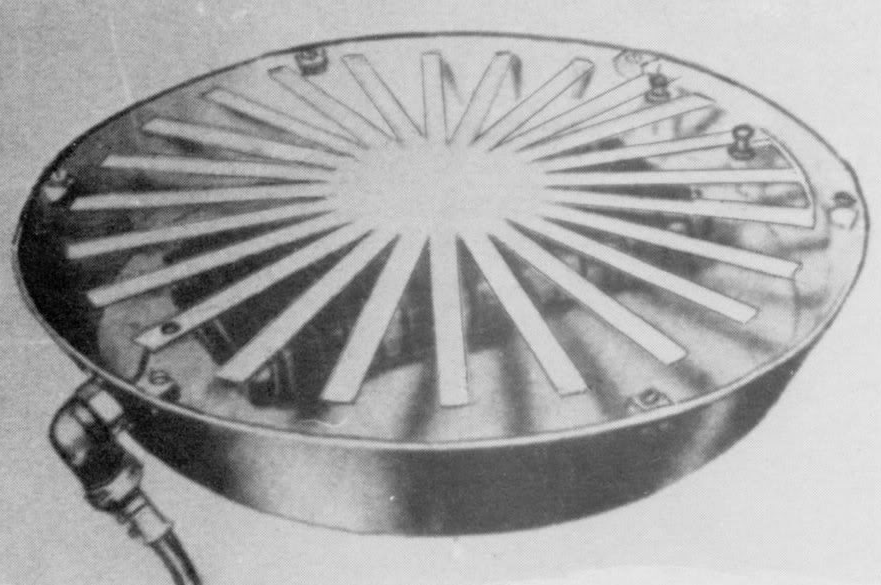 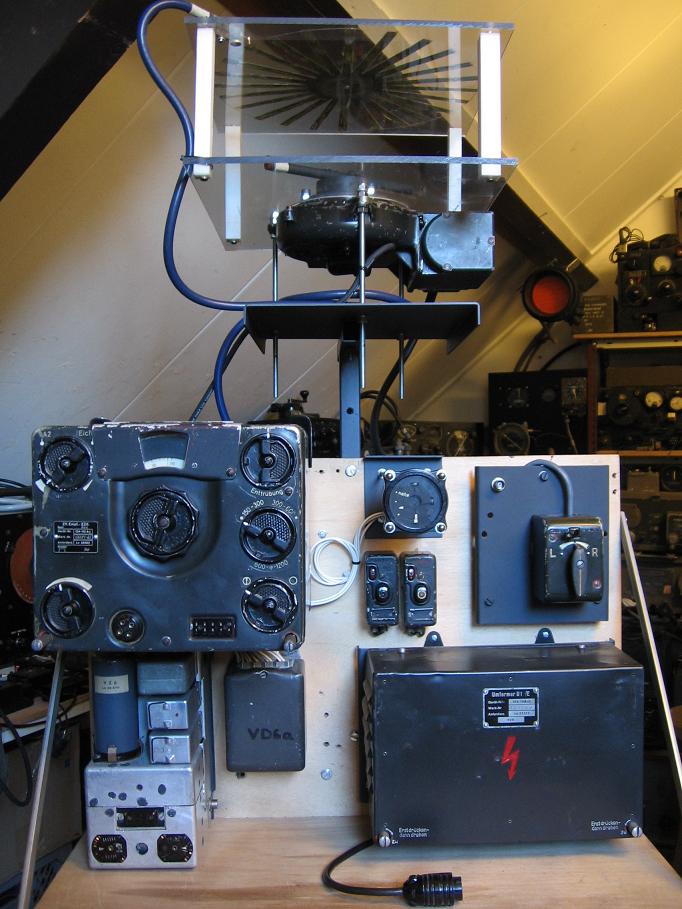 (Source) The EZ6 unit with its different components put together by a serious hobbyist. In the glass box you can see the rotating antenna, and the thin sense antenna on top.

I think it's a transparent cover for a direction-finding loop antenna. The rear gunner doubled as navigator, and probably needed to check the position of the moveable loop antenna.

Not the answer you're looking for? Browse other questions tagged military aviation-history equipment fuselage ju-87 or ask your own question.

26
What is the purpose of the extremely high cabin altitudes in military aircraft?
48
Why did the Ju-87 Stuka have a siren?
11
Why was the engine of the Ju-87 Stuka not replaced with a more powerful one?
17
What is the belly pod on this Beech A200 Super King Air?
0
What were the U.S. Air Force's first 2-crew fighter planes?
12
Did the Stuka Ju-87 really have a radio altimeter? If so, when?
3
What was the first Russian jet designed with the use of area rule?
8
What was in the noses of airliners before the weather radar?
8
On old sectional charts, what was the purpose of the domestic ADIZ regions and what was the difference between a “Defense Area” and an “Open Area”?