Do carriers such as Janet Airlines carry ADS-B transponders?

I was doing some casual browsing and came across some videos related to Janet Airlines. This is something I remember hearing of many years ago but this happened to jog my memory.

What jurisdiction would such an airline fall under? From the Wikipedia article:

Due to the secretive nature of the airline, little is known about its organization. It is operated for the USAF by infrastructure and defense contractor AECOM through AECOM's acquisition in 2014 of URS Corporation, which acquired EG&G Technical Services in 2002, as derived from URS's history of providing this service to the Air Force and job openings published by URS.

If it's strictly military (all staff appear to require clearances, after all), would such planes be fitted with ADS-B transponders by regulation? If so, couldn't they just be looked up on websites like Flightradar24?

Also, if an emergency occurred on board, what special treatment (if any) would they be provided if they landed at a civilian airport?

airline-operations emergency ads-b
Share
Improve this question
asked May 22 '17 at 9:28

I imagine in an emergency they'd be given priority just like any other aircraft in distress. The crew might have specific orders covering that situation that requires them to head for a military base. Their operation is so secret, though, that I doubt we'd find out unless a emergency occurs. 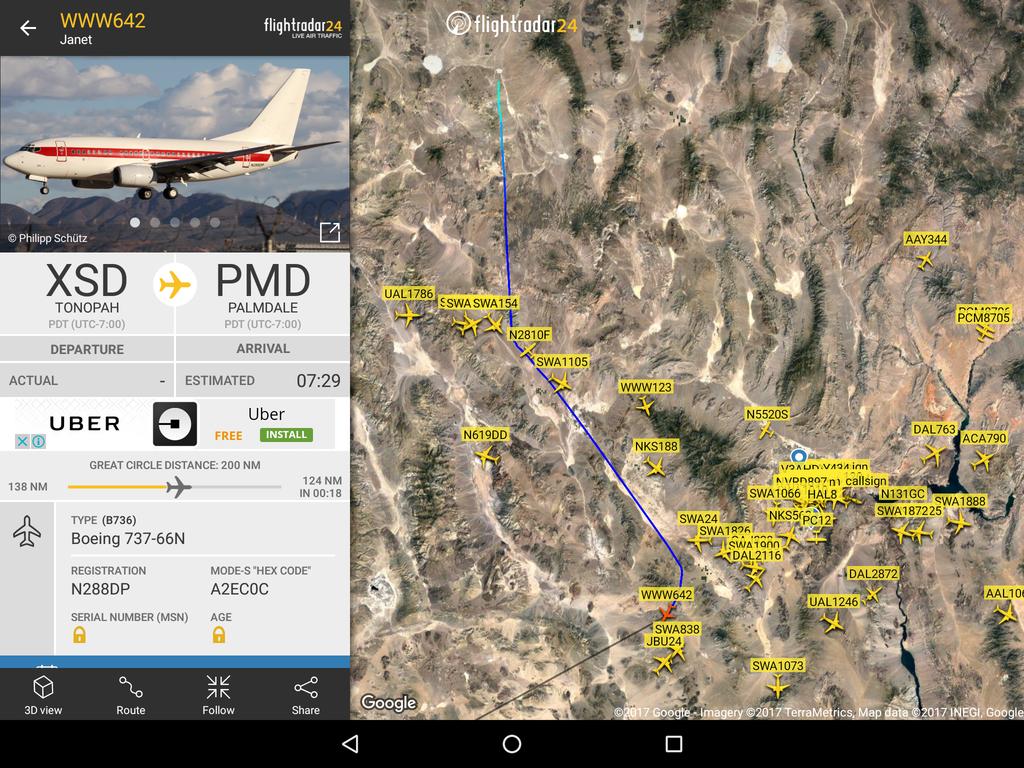 The aircraft are operated as civil aircraft. They are not military aircraft.

Sites such as FlightRadar24 have options where an aircraft owner can have their aircraft's flight information redacted.

Their passengers are not limited to military personnel, and they carry defense contractor employees.

Not the answer you're looking for? Browse other questions tagged airline-operations emergency ads-b or ask your own question.