After seeing this question (and its answers):

my interest in Iqaluit (and its airport) was piqued. But, the satellite/aerial view in Google Maps shows the single runway at YFB (ICAO: CYFB) closed (big "X"s painted on the runway). Refer to below screenshot (Google maps satellite view): 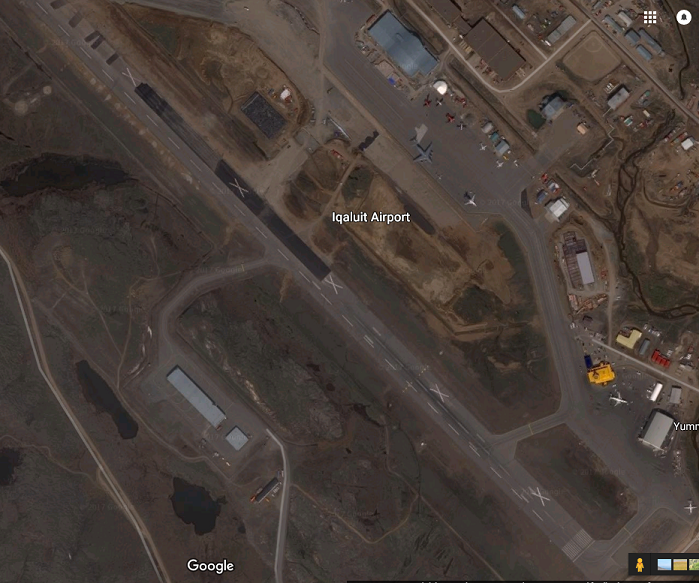 At the time of the imagery, it appears the airport was undergoing major renovation, now completed at least insofar as the runway is concerned. See iqaluit-airport-s-runway-gets-a-facelift-as-construction-completed. During the reconstruction they kept a minimal portion of the runway open for operations, enough to bring 757s in but not enough to get 767s in.

If you look at the image, note all the construction activity and also the parked aircraft. Note that the Xs are on the right side of rwy 34, and leaving the left half of the runway open. Farther down the rwy the Xs are in the middle, so I believe the image was taken while they were reconstructing the rwy while leaving enough of it usable for operations.

Not the answer you're looking for? Browse other questions tagged emergency-procedures closed-runways or ask your own question.

23
May an emergency aircraft land on a closed runway?
22
Why is one of two parallel runways sometimes closed in foggy weather?
6
Does a runway have to be closed for not having markings due to resealing work?
2
Can planned runway closures prevent a plane from leaving an airport?
3
Should landing on a runway that has been closed by NOTAM be a violation of the FARs?
4
What procedures are in place at London City Airport for emergencies after V1?
8
Can a runway have a displaced threshold and a closed section in the same area?
1
Aborted take off due to not closed cargo doors. How this will be signalled?
10
What is the minimum altitude needed to return to the takeoff airport in a 737 after dual engine failure?