Why is the Antonov 225 (almost) always chocked at the third wheel?

Recently I was looking over pictures where the An-225 is parked (because that's a normal thing for a normal person to spend their time doing). I noticed that the chocks are almost always placed around the third wheel from the front in the undercarriage: 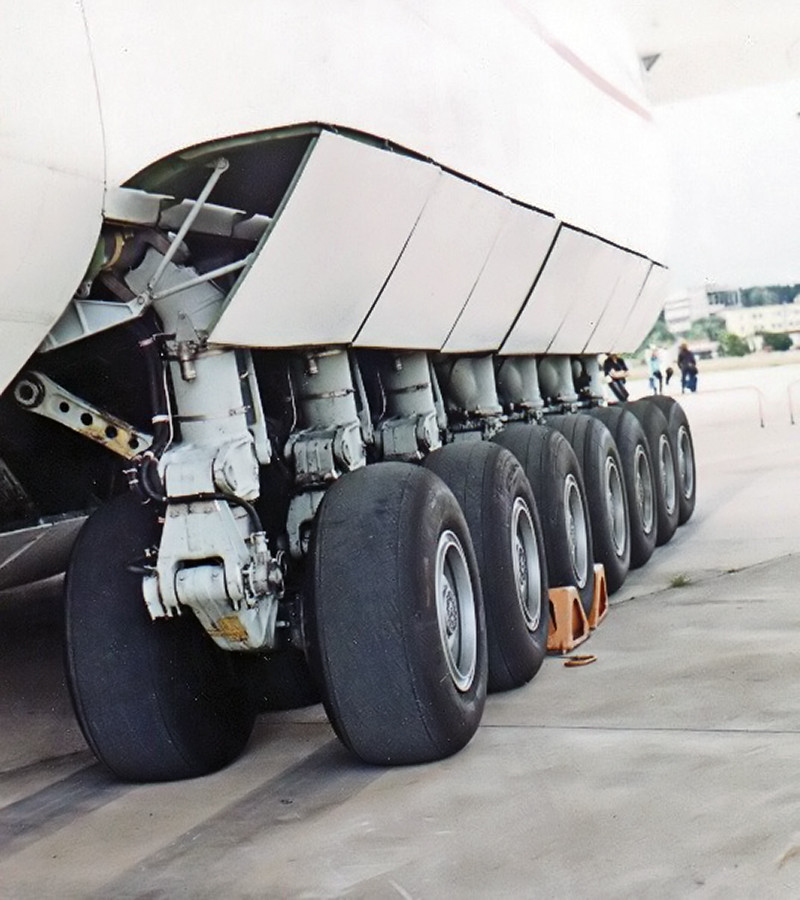 (Thanks to ratchet freak for the better picture).

Presumably that's because the centre of mass (COM) is closest to that wheel? But why would the undercarriage not be centered around the COM?

Bonus question: Very occasionally, I've seen the chocks placed around the entire undercarriage, in front of the first wheel and behind the last wheel. Why the occasional difference?

It's a matter of procedure. Chocking a center wheel provides the greatest defence in the unlikely case the chock is jumped. Other wheels in the truck must also contend. If an outside wheel is chocked and that chock is jumped away, all is lost.

No matter tipping or rocking the aircraft in extraordinary winds or loading, the center of a wheel truck is the recommended place to chock. A chock should be snug against both sides of a single tire to prevent any sway.

Most chocks are paired together by a rope or chain which would prohibit chocking around a large truck of wheels as described in your bonus question. What's more, chocking at either end of a truck allows more elasticity and movement between the chocks than a single wheel chocked snug.

Not the answer you're looking for? Browse other questions tagged landing-gear equipment antonov-225 or ask your own question.