Do coaxial rotors provide twice the amount of lift?

Do coaxial rotors provide twice the amount of lift given same diameter and RPM?

What about the engine? Even if engine power was doubled, the coaxial rotor won't produce double the lift. 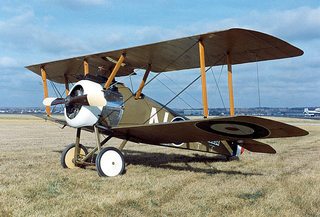 Using the biplane above to illustrate a point, between the wings the pressure will neither be high enough for the upper wing, nor low enough for the lower wing.

In a biplane aircraft, two wings are placed one above the other. Each provides part of the lift, although they are not able to produce twice as much lift as a single wing of similar size and shape because the upper and the lower are working on nearly the same portion of the atmosphere and thus interfere with each other's behavior.

For the same engine output, we're looking at ~10% increase in lift.

For the same rotor diameter and power the coax will lift approximately 11% more weight. This equates to 30% greater useful load, which means more payload or fuel. The coax helicopter can hover at a 6000 ft higher altitude, or at a higher temperature (avxaircraft.com).

Yes they can give twice the amount of lift if blade angle of attack is a variable, but require more power to do so. Momentum theory predicts:

Experiments have shown a power penalty that is less than predicted by momentum theory: 16%.

Not the answer you're looking for? Browse other questions tagged aerodynamics helicopter lift rotary-wing or ask your own question.

24
What is the purpose of having contra-rotating props on an aircraft?
2
Why does the Ka-50 (Hokum) have two main rotors, one on top of another?
1
What are the advantages of dual counter-rotating rotors vs coaxial rotors?

6
Is there a relation between material choice and produced lift at rotation?
7
Why aren't contra-rotors used on the V-22 Osprey?
14
What amount of lift would be created in the fallacious “lift from equal transit time” theory?
5
How to calculate the power required during transition from VTOL to fixed wing?
2
Do horizontal stabilisers provide any lift?
4
On coaxial helicopters, how exactly does the yaw mechanism work?
1
What are the advantages of dual counter-rotating rotors vs coaxial rotors?
1
At which angle tiltrotor's rotors generates more lift?