Why are the intakes of some fighters not attached to the fuselage?

Look at the photo below. As you can see the intake isn't attached to the fuselage. Why? Other examples include the F-16, F-22, and F/A-18 Hornet. 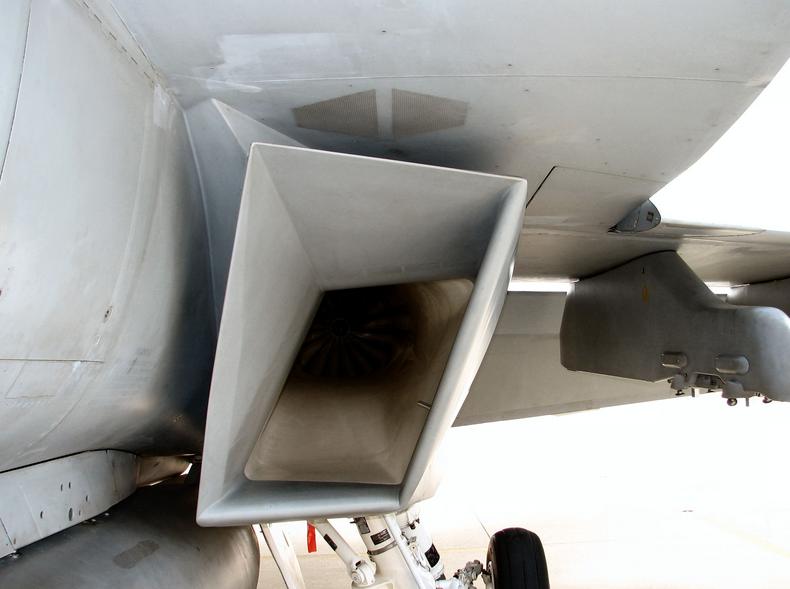 The air near the fuselage or wings is slowed down (thereby losing energy). Those plates ensure the jet engines get free stream air, which improves the engine performance. This free stream air will be undisturbed, allowing a more uniform intake of air.

You can also find it on the Concorde.

Related: What is the function of the holes in splitter plates?

The problem which this gap is solving has to do with boundary layer air as @ymb1 suggested but performance is not the only complication.

Boundary layer is not only slower, in some regimes of flight it can become highly turbulent compared to the air that is offset from the aircraft's surface and is freely ingested by the aircraft's intakes. Mixing the two makes the resulting flow unstable and thus combustion inefficient and even choked. At supersonic speeds these issues are even more severe.

Some designs go without the gap and use 'gauzing panels' which remove the boundary layer. Others - use hump-like structure on the fuselage of the aircraft right in front of the inlet to divert the boundary layer air away. This design was tested on the F-16 you mentioned, but is already a key feature on F-35.

Not the answer you're looking for? Browse other questions tagged aircraft-design jet-engine fuselage inlet or ask your own question.

0
What are the hinged(?) structures in front of the F-4 Phantom's intakes?
28
What is this F-18 Hornet "air intake" for?
11
What is the function of the holes in splitter plates?

12
How do pilots maintain level flight after launching missile?
3
MD81: Why are there so many lights on the fuselage?
0
Why does the Aurora D8 have vents on the bottom of its fuselage?
1
Advantages and disadvantages of air intakes above fuselage/wings in jet fighters?
9
Did the cusp in the Boeing 377/C-97/KC-97’s fuselage structure cause fatigue problems?
4
Why is there an intake in front of the landing gear on this C-160?