What is this plane seen in Mobile, Alabama?

This was taken at the USS Alabama in Mobile, Alabama. It is probably a US Navy aircraft. 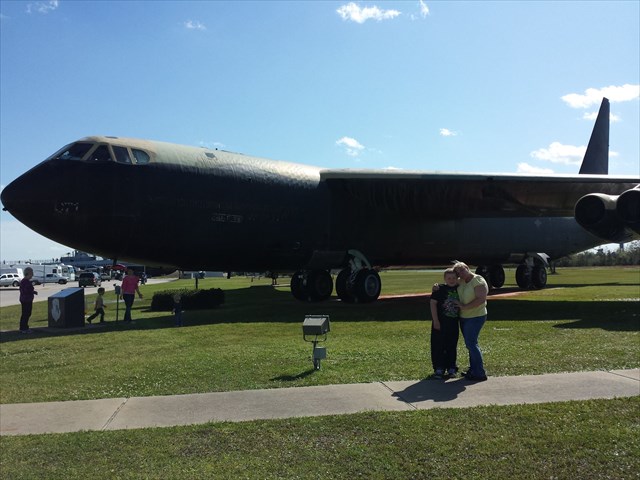 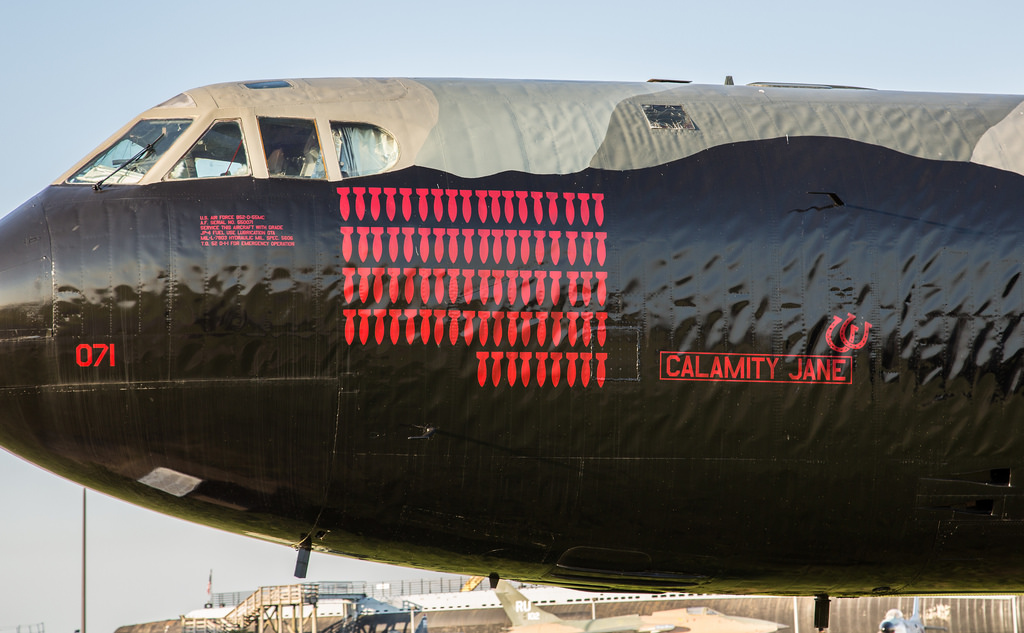 It is a long-range, subsonic, strategic bomber operated by the US Air Force (not the Navy) since 1955.

The aircraft you see here was amoung 170 B-52Ds manufactured by Boeing Airplane Company, and was equipped exclusively for long-range bombing missions. "Calamity Jane", as she is called, has been demilitarized, but remains in the high camouflage used during Vietnam operations. (Source)

That is a USAF B-52D. These were used extensively in Vietnam, and were retired after. The 2 models that remained in operation after 1983, when the last D-model was retired, were the G and H models. The G models were retired in 1991, leaving only H models still in active service. They are expected to last into the 2050s. The last B-52 built was in 1962, which means that the aircraft will have nearly a century of service. I am honored that I was assigned as a B-52G Crew Chief, 1989-1995

Not the answer you're looking for? Browse other questions tagged military aircraft-identification jet b-52 or ask your own question.

6
What causes this surface texture, and how does it affect flight characteristics?

13
What aircraft did this canopy come from?
5
Do you know the exact model and use of this rotorcraft?
6
What causes this surface texture, and how does it affect flight characteristics?
23
What is this old US Army Air Corps plane?
15
What is this aircraft seen at Peachtree City, GA?
6
What is this fighter jet seen at Centennial Airport?
11
What is this US Navy airplane seen at Westover AFB?
1
Any idea what this Ampaire plane is?
4
What is this plane seen in the Falcon Crest TV series?
8
What is this commercial aircraft based on its cockpit?