Do carrier-less militaries retain the equipment for carrier operations?

"How do jet fighters get to war?" made me wonder if aircraft used by the U.S. Navy and U.S. Marine Corps for carrier operations retain their carrier equipment when sold to foreign powers who do not operate carriers?

Pros would be the reduction in weight, repair/maintenance complexity, and cost (why bother paying for equipment you don't use?).

Cons would be engineering complexity (if they're not designed as optional components) or airworthiness (if the components have secondary functions beyond carrier operations).

The initial thought was prompted by a CATOBAR aircraft, but if something like the Harrier has different equipment, that would be relevant, too. What's the reality?

aircraft-design military aircraft-carrier
Share
Improve this question
asked May 17 '17 at 15:36

Taking the RAAF F/A-18's for example:

The Australian Hornets were very similar to the standard US Navy variants, but incorporated a number of minor modifications [including] the deletion of all equipment used to launch the aircraft using catapults.

Even though they retain the tailhook, if they landed on a carrier, they won't be able to takeoff.

The tailhook serves the same function as on the land-based F-15 and F-16, provide arrested landing capability for emergency situations. 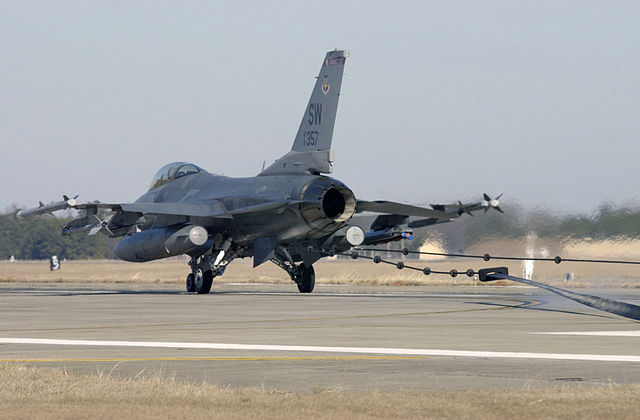 As for the Harrier, all the foreign operators were navies. So, export Harriers were used on carriers. (Rhyming unintentional.)

The carrier-borne Rafale fighter jet will retain its carrier capability when sold to the Indian Navy.

The most common case is that the aircraft sold to non CATOBAR navies/air forces is built to a different configuration.

For example, the Canadian, Spanish, and Swiss F-18's were each sold under a different configuration. Some of the weight penalties, maintenance and upkeep costs, and the substantial training costs to maintain CATOBAR currency and proficiency were not a concern and not needed. This makes sense: since those flying services didn't have a carrier operations requirement, but they liked a variety of features that the Hornet provided (such as two engines).

Reasons for the selection listed by the Canadian Forces were many of its requested features were included for the U.S. Navy; two engines for reliability (considered essential for conducting Arctic sovereignty and over-the-water patrols), an excellent radar set, while being considerably more affordable than the F-14 and the F-15. The CF-18 was procured from 1982 to 1988, at a total capital cost of $4 billion in 1982 dollars.

Interestingly, that early Canadian buy retained most of the CV features, and IIRC they were the first non US buyer of the aircraft. (Memory foggy on that one).

Export Hornets are typically similar to U.S. models of a similar manufacture date. Since none of the customers operate aircraft carriers, all export models have been sold without the automatic carrier landing system, and Royal Australian Air Force further removed the catapult attachment on the nose gear.[24]

For the non CATOBAR case, the current plan to deploy Marine F-35B's on Royal Navy carriers answers the rest of your question.

Not the answer you're looking for? Browse other questions tagged aircraft-design military aircraft-carrier or ask your own question.

121
How do jet fighters get to war?
10
Do carrier-less militaries maintain carrier qualifications on allied boats?