How can an aircraft turn if the horizontal force component is zero? 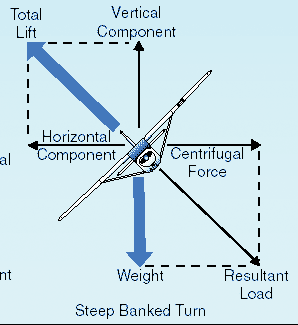 In many books you can read that:

Then, how can an aircraft turn if there is no net force? I mean, from Newton's second law we have that $F = m \cdot a$ and in this case centrifugal force compensates for lift component in the horizontal plane.

It is easier if we look only at the forces experienced by the aircraft, and in an inertial frame of reference 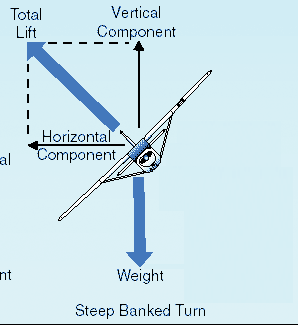 The problem with the original diagram in the question is it superimposes an imaginary force, the centrifugal force, upon the real list of forces on the aircraft.

It is hard for the general public to understand Newton's first law of motion, that any object tends to travel in a straight line when no force is acting it. It is hard for them to understand that motion in a circle is dramatically different from straight-line, constant-speed motion, since both seem (in a sense) steady or continuous.

In the case of a passenger going round a corner in the car, this inward force is applied by the outer door of the car, against which the passenger ends up leaning during the turn. It is an inward (centripetal) force, but for the general public who is not aware of the special status of inertial frames of reference will likely use the car (which seems large and solid and therefore plausible) as a frame of reference and say "something must be pushing me against the door" rather than "the door is pushing me towards the centre of the circle".

Because of this use of a non-inertial frame of reference, the general public explanation needs to an extra force to explain why objects seem to accelerate towards the outer door of the car and the passenger feels pressed against it. In an inertial frame of reference it is the outer door of the car pressing in on the passenger, and accelerating towards any objects moving freely inside the car.

We say the sun "comes up" in the morning, rather than the earth "rotates bringing the sun into view". This is because it is convenient for humans to use a non-inertial, but readily identifiable, frame of reference. It does not mean that people really think that the sun orbits around a stationary earth.

It is perfectly reasonable to imagine the sun travelling around the earth, for convenience, but if we want to make calculations about space travel with multiple objects (stars, planets etc) affecting a body's motion, it will get very complicated indeed to add in all the numerous centrifugal forces etc we would have to add in. It would be simpler to use an inertial frame of reference, and all objects moving relatively simply in relation to that.

Likewise we can learn to be sophisticated about circular motion. Let the general public speak of "centrifugal force" as this simplifies conversation, but when trying to calculate things, use an inertial frame of reference to avoid agony.

Jan Hudec in the comments below brilliantly deflates the above criticism of rotating frames of reference by pointing out that even my notionally inertial frame of reference (the earth) is in fact rotating, so that the gravitational force measured is lower than it would be for a plane moving similarly above a non-rotating earth, i.e. is attenuated by a centrifugal component. Ouch!

So it is just a question of how much rotation one wants to accept as part of one's frame of reference. My suggestion is that when a questioner is feeling puzzled as the original poster was, a good way to break the problem down is to keep the frame of reference outside the rotation being studied, so that the studied rotation appears as a rotation: in this case the only acceleration (and therefore force on the orbiting object) will be centripetal.

The problem of the picture you are looking at is that both the actual and the apparent forces are shown.

The diagram is not a correct force diagram in the inertial frame of reference.

The law of "equal and opposite reaction" does not mean that every force on every object is balanced at all times. If the forces were always balanced, nothing would ever move. The aircraft could not leave its parking space, let alone get airborne and turn.

Lift and weight are acting on the plane. If the vector sum of lift and plane is not zero, the plane will accelerate.

When the plane is banked:

The simplest and best answer to the question: An aircraft can't!

Blimps and airships turn using a rudder input just like their nautical cousins do.

Airplanes can be turned using only rudder inputs as well, thereby creating a centripetal component of thrust. This type of turning is far from efficient though and not practical for conventional maneuvering.

Also remember that centrifugal force is a reaction experienced by the aircraft and its occupants to the centripetal loading from the horizontal component of lift. There is no external centrifugal force being applied to the airplane pulling it against the turn as in the diagram.

4
How to calculate the variation of Z force with elevator deflection (Zδe) in Nelson for pitching dynamics?
1
What is the difference between turn rate and yaw rate in aircraft?
0
When do the lift and drag vectors contribute a force component along a glider's path of travel as seen from the ground?
3
What are the forces present in a coordinated turn?
2
Why does a steady-state non-zero body yaw and/ or roll rate induce side force?
2
Is the turning motion of a banked airplane caused by true centripetal force?