But why didn't the 757 feature a slightly shorter 767 fuselage to cut down on production cost, especially after ETOPS and the selection of twin-jet design for both?

After all, the 767 isn't terribly wide, it seats 7 in a row compared to 6 for the Boeing 757. Counting the aisles that's a 7:9 ratio. And their 2-class seating capacity overlaps across the variants.

A 757 with a slightly shorter 767 fuselage could have just had a lower certified MTOW and reduced fuel carrying capacity and it would have met its mission. The long 757-300 always seemed out of place for me.

(Own work based on Wikipedia) 2-class seating across variants.

Boeing had already a fuselage for the 757 that fit the bill. It came originally from the 707 via the 727. To accommodate more baggage, the rear fuselage was deeper, as on the 737. During development Boeing engineers were afraid that directional stability might be insufficient with a deeper forward fuselage, so the lower half of the fuselage was kept from the 727 instead of switching to the deeper fuselage of the 737. A twin-aisle fuselage would had restricted the possible variants with fewer seats too much.

From a contribution by OldAeroGuy to this discussion on Airliners.net:

The 757 entered design using the 727 fuselage as baseline as it was originally a 727 derivative, so it had the 727 dimensions for fore and aft lower lobes. It was later decided to evaluate a deeper forebody lower lobe, ala the 737. The forward fuselage cross section decision was made to meet a manufacturing commitment before all wind tunnel testing was complete. Early indications were that if the deeper lower lobe was used for the forebody, directional stability would have been reduced to an undesireable level. When all testing was finished, it was shown that a deeper forward lobe would have been OK. Unfortunately, it was too late to revise the manufacturing plans.

I was a member of the wind tunnel testing team at the time the 757 was being developed and was aware of the situation. After the 757 was certified, I asked the 757 Chief Engineer what design decisions he would like to change with the benefit of hindsight. The forward lower lobe decision was the first on his list.

A wider and higher fuselage causes more drag directly but will also require a larger tail surface because of its shorter length, causing more mass and drag indirectly. Note that the Airbus A318, the shortest member of the A320 family has a taller vertical tail than all other members. Using the slender fuselage and the RB-211 engines made the 757 very fuel efficient, which was very important for Boeing just after the second oil shock of 1979-1980. A larger fuselage would had reduced efficiency.

From this Aviation Week article:

Most observers at the time believed Boeing would develop one or the other but not both, at least not immediately. It was therefore with some surprise that between 1978-79, over a period of less than eight months, the company ambitiously began the simultaneous development of both aircraft. The 7X7 became the 767 in July 1978, while the 757, formerly the 7N7, received the production go-ahead the following March. 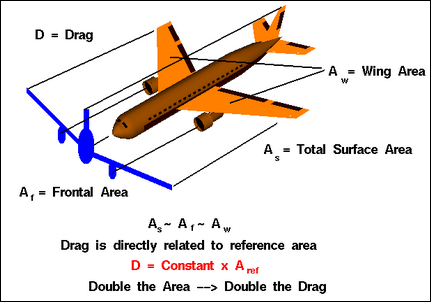 The fuselage dimensions are:

(Own work based on Wikipedia) Engine thrust range in lbf.

This niche market is again on the rise with the A321neoLR. Airlines realized a fully-booked transatlantic narrow-body is better than a not-always-full wide-body.

The market favors single-aisles economics, and Boeing's challenge is to attain their block hour cost and realized price per seat while keeping twin-aisle capabilities. (Wikipedia)