If I understand correctly, gliders uses negative flaps while crossing between 2 thermals, but I don't understand why. For me:

The flaps on a glider wing are mainly for shifting the laminar bucket of the wing to the right lift coefficient. Yes, they help to increase maximum lift, too, but for gliding this is less relevant.

The goal in glider flying is to get in the shortest time from A to B. This can be achieved by flying faster than the best glide speed, because it gives the pilot more time to climb up in the next thermal. The stronger the thermal, the faster the optimum glide speed. You can read a great discussion about the finer points of this speed-to-fly theory here, courtesy of John Cochrane.

The direct answer to your question is: no, negative flaps do not increase the maximum glide ratio but help to fly fast at low airfoil drag. If you look at the L/D at high speed / low lift coefficients, then yes, negative flaps improve the L/D at that part of the polar. They also help to limit the maximum lift a wing can produce and allow to fly faster in gusty weather.

Of course they do! Why would we want to use flaps if they wouldn't? The improvement in glide ratio happens, however, only for a certain airspeed range. 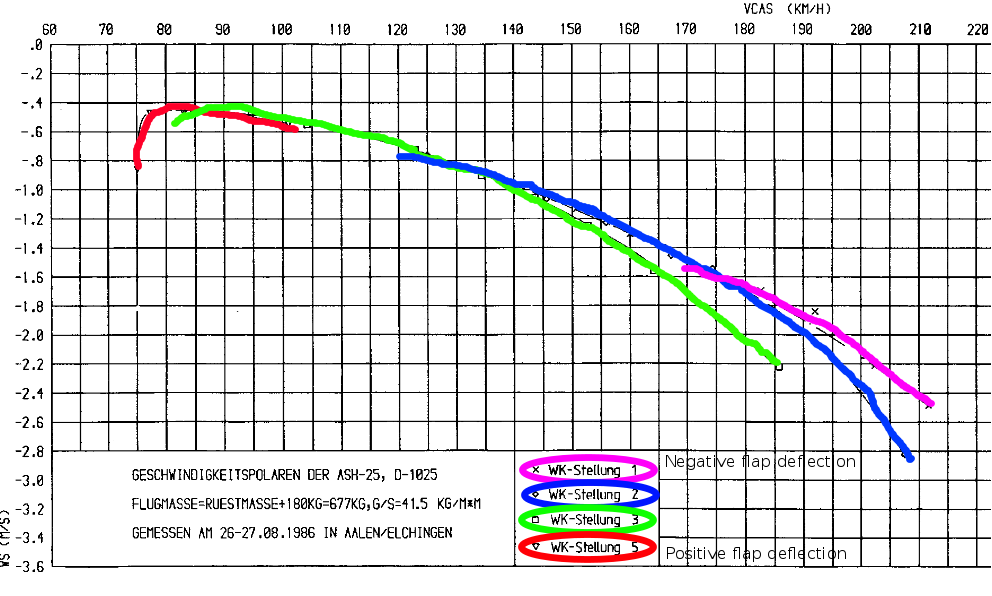 I've added color to the polars to make it easier to visualize. The original polar was measured by DLR and Idaflieg and can be found in the flight manual. 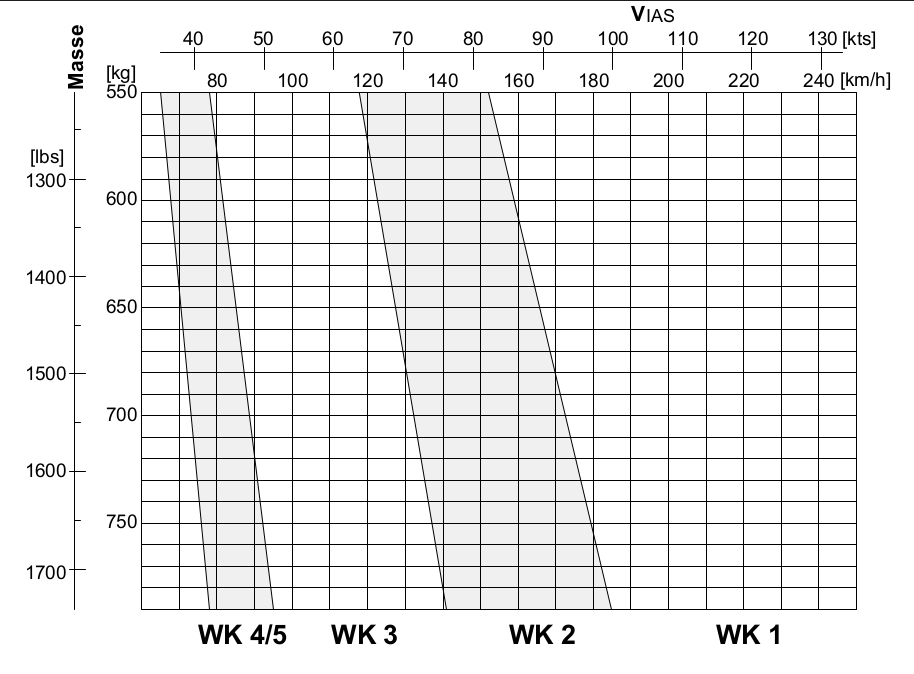 The best glide ratio of the glider worsens with flap deflection (for both positive and negative deflections). This, as explained in Peter's answer, doesn't matter because the glider's cross country average speed depends also on the strength of the thermals. It is often better to fly with higher airspeeds than the best glide ratio airspeed.

Not the answer you're looking for? Browse other questions tagged glider flaps or ask your own question.

25
Why are heavy flaps better than just a bigger wing?
20
Why and when to use flaps?
9
Why are the wings of some modern gliders tadpole shaped?
14
Could flaps be raised upward to serve as spoilers / lift dumpers?
1
How does retracting flaps help extend the glide of an aircraft?

14
How does the Boeing 787 Dreamliner's glide ratio compare to other airliners?
13
How are the glide polar and L/D ratio charts related?
5
Why and how do flaps increase the curvature of the wing?
5
Can glide ratio be increased with bi-wing configuration?
4
What kind of flaps are used in gliders?
4
Does extension of flaps 1, 2, 5 or 10 increase descent rates?
3
What does the extending the flaps do (or any high lift device) to the Rate-Of-Descent of an airplane?
1
In a full-rudder sideslip in a Schweizer 2-22 or 2-33 glider, is the descent rate higher at 50 mph airspeed than at 60 mph airspeed?