Why do some aircraft have pods on their wing tips? 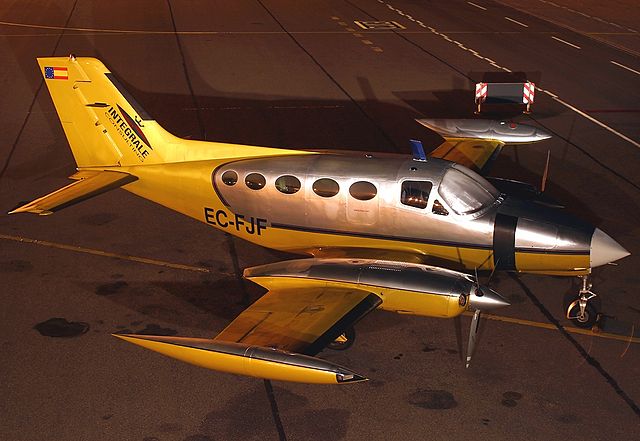 Why do some aircraft have pods on their wing tips, like this Cessna 414?

aircraft-design winglets
Share
Improve this question
edited May 4 '17 at 17:12

Wingtip pods or winglets differ in installation reason from aircraft to aircraft. Here is a non exhaustive list of possible reasons:

Many aircraft have had fuel tanks mounted on the wing tips. These were sometimes main tanks, but often were auxiliary tanks, or even "Drop Tanks" which could be jettisoned for combat.

All early Cessna 300 and 400 series aircraft shared this rather complex fuel system which required using fuel from the 50 gal mains first before using the auxiliary or wing locker tanks.

Later versions of the Cessna 400 series aircraft went to a much simpler "Wet Wing" fuel tank system with only 1 tank in each wing.

Another example of an aircraft with wingtip tanks is the T2-C Buckeye. They hold approximately 102 gallons each, and so add to the total fuel capacity of the aircraft.

There are a number of reasons that the wingtip tanks might be part of the design of an aircraft.

Decreasing flutter is one reason that you might add wing tips, and this hasn't been mentioned in any previous post. Reducing flutter will decrease drag, and that offset the increased drag of adding external tanks.

I think one of the things that made the T2-Buckeye ideal as a trainer is that the wing tips reduce roll rate. That is good for training but not so good for bombing or aerial combat.

It also reduces airflow escaping off the tip which creates vortices.

The wingtip tanks also help in the distribution of weight, which effects the center of gravity. Weight at the end of the wing will offset the bending of the wing due to lift. 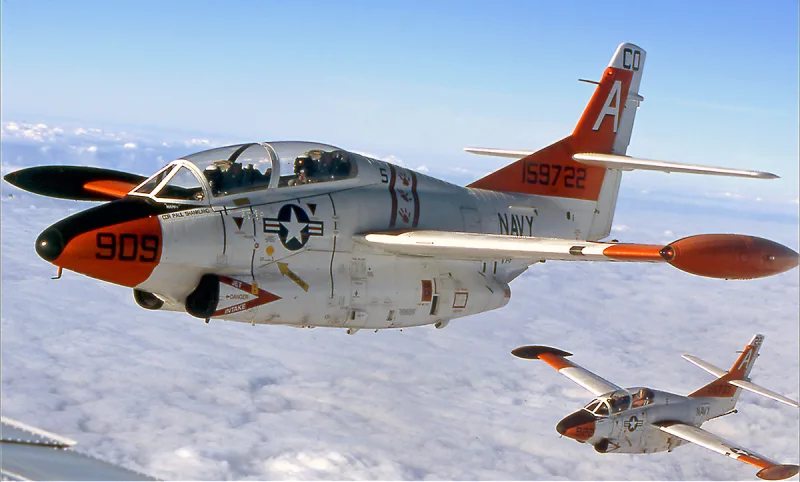 It was the only jet aircraft that the Navy permitted spins in, and it was therefore used for training in spin recovery procedures.

This was the US Navy's basic jet trainer. It was also the only jet that you were allowed to intentionally spin. That was a lot of fun. It had a very tight turn radius. It was where a pilot got their first hop in formation flying, rendezvousing, and the gunnery pattern. Carrier qualifications were done here as well, although one didn't always get to trap aboard a carrier. First time a pilot did a lot of consecutive solos as well. Very cool flight time in the training program here.

0
Why are tip tanks used?

9
Why doesn't the A320 have a dorsal fin like the 737?
25
Why did WWII prop aircraft have colored prop tips?
16
Why did the Avro Vulcan use a delta wing?
11
What is this item on the nosewheel of the Sukhoi PAK-FA?
5
Which are some planes shaped like an inverted wing?
4
Why does the Comet's horizontal stabilizer have so much dihedral?
13
Why do newer 737s use two different styles of split winglets?
2
Why can’t more older 737s be retrofitted with more newer winglets?
16
Why does the F-15 have a swept-back trailing edge at its wing tips?